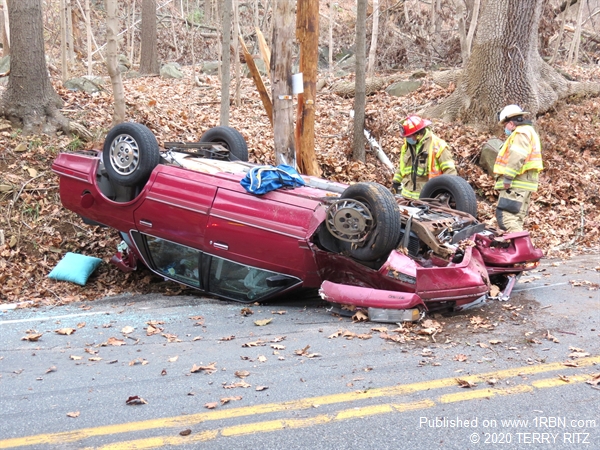 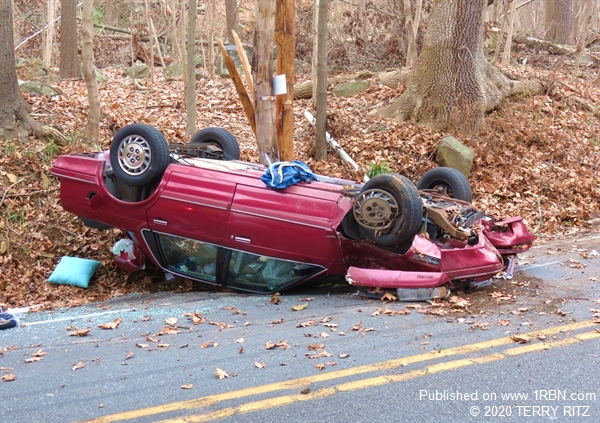 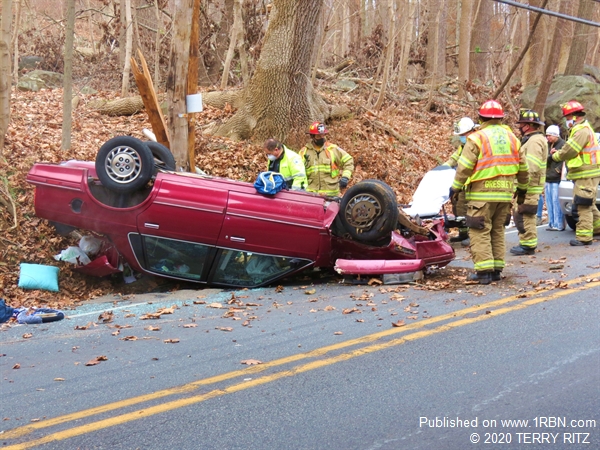 Upper Hanover Twp., PA - On Wednesday, December 9th at 9:38 A.M., East Greenville Fire Co. was dispatched to a one-car accident with injuries on Gravel Pike, by the railroad underpass. The driver of the car hit a utility pole head-on dead center, spun the car, and flipped it over onto its roof. There were two people in the car, a woman and younger male. The woman was taken out of the car, put on a stretcher and wheeled over into the awaiting ambulance. The younger boy was uninjured. There were no other vehicles or people involved. Assisting the fire company were Fire Police from East Greenville and Pennsburg. Also, an EMS unit from Upper Perk as well as PA State Police were on scene.