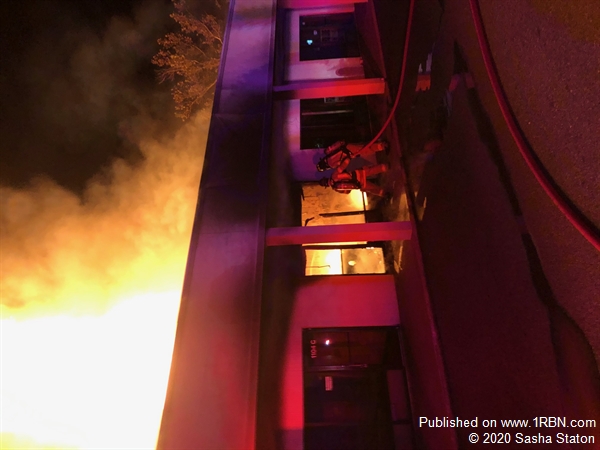 Photo by Sasha Staton Daytona Beach Firefighters work together to extinguish a blaze at the Village Plaza Shopping Center. 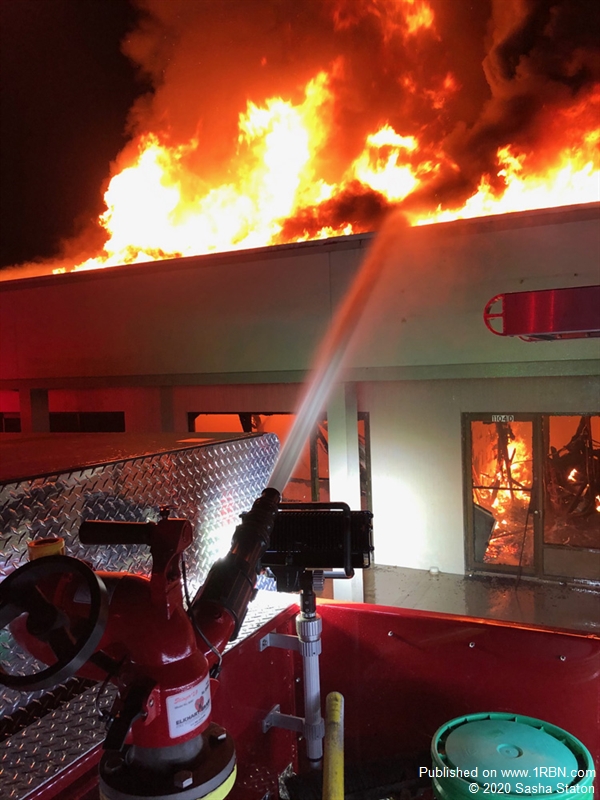 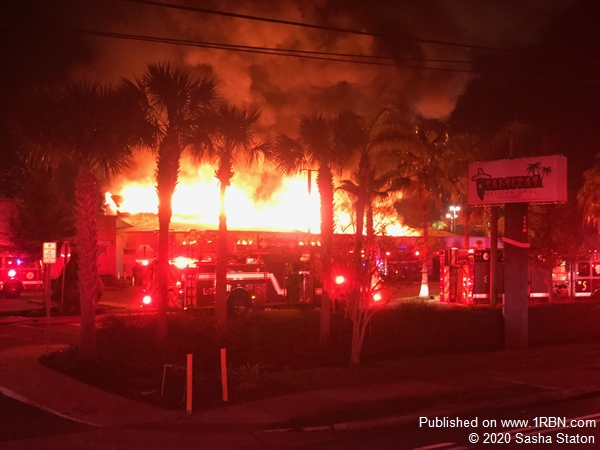 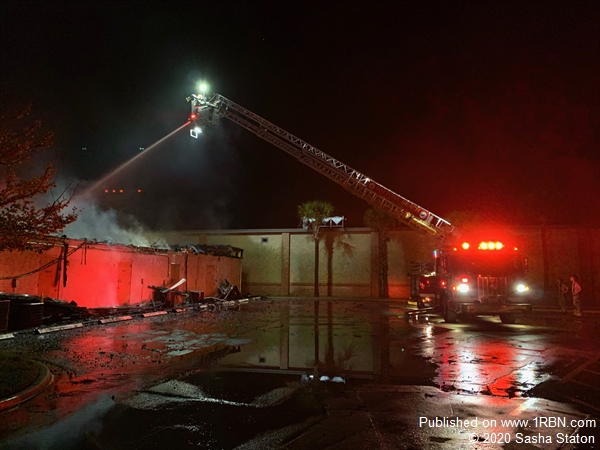 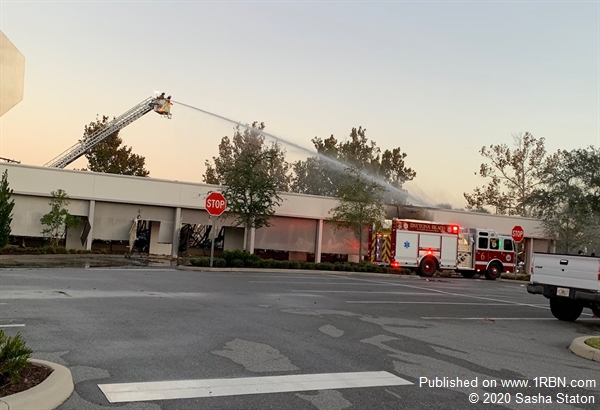 There were several units that were affected; however, the origin of the fire began in unit F, which was occupied as a nutritional store. Many of the other units were not currently being leased and all the units were unoccupied and closed at this time of the morning.

Firefighters were faced with an extremely large and difficult fire that was quickly spreading to adjacent units due to this section of the building lacking a sprinkler suppression system.

Daytona Beach Firefighters determined the cause of the fire to be suspicious and contacted the State Fire Marshal to investigate.