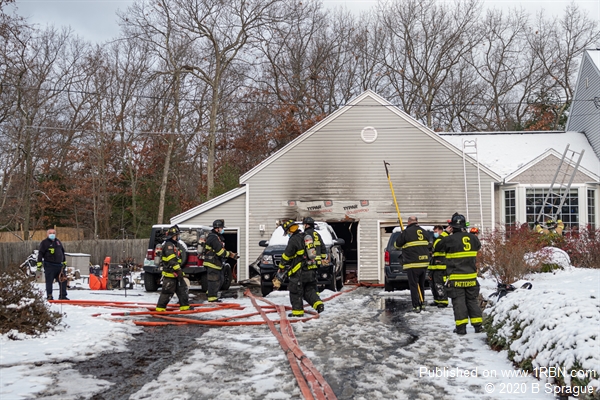 Photo by B SpragueFirefighters work on over hauling the scene 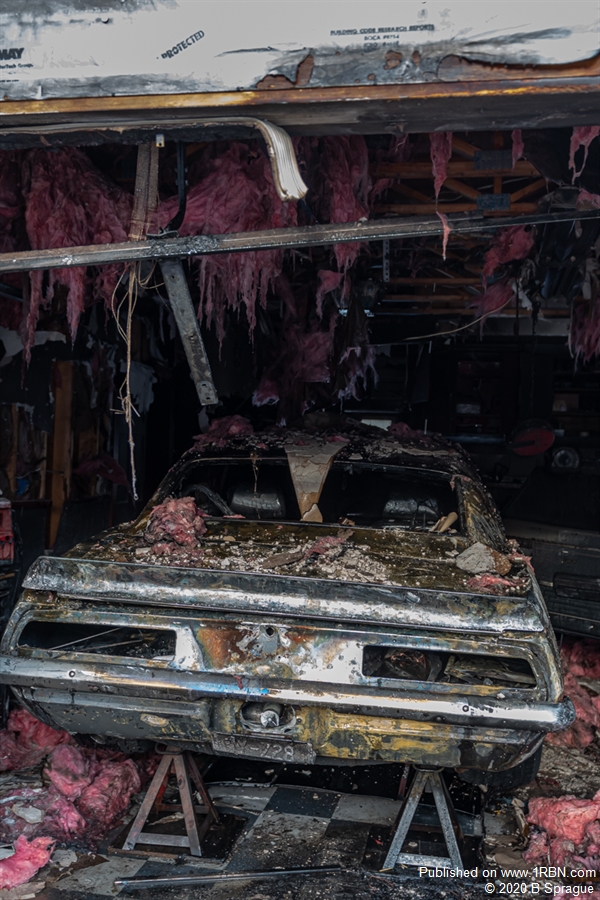 Photo by B SpragueThe remains of the Z-28

Salem, NH - On the cold snowy morning of December 6, 2020, as the day shift was just starting, Salem Fire alarm got a 911 call reporting a garage fire with a person burned. Salem Engines 1 and 2, along with Tower Ladder 1, Squad 1, Medic 1 and C-5 responded. The first on scene company reported a car fire well involved in an attached garage and called for a working fire, which brought a Windham Engine and a Derry medic to the scene. Firefighters were able to hold the fire to the garage. One person was transported to an area hospital. The fire is under investigation.