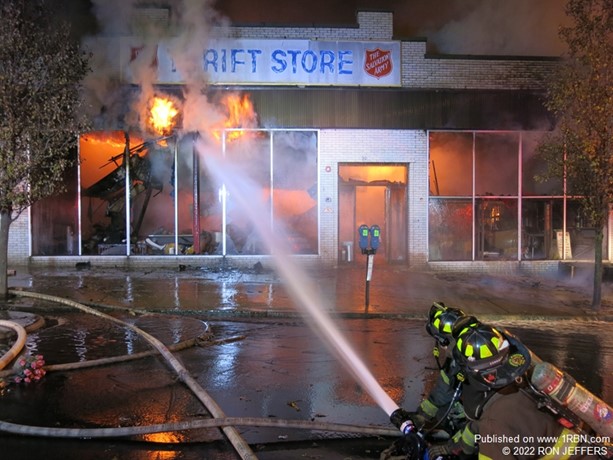 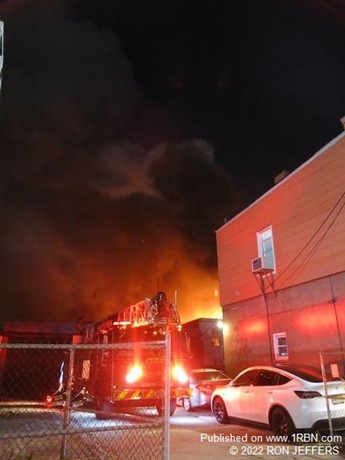 Photo by RON JEFFERSHoboken Ladder 1 backed into a 10th Street driveway and set up a ladder pipe between the fire building and exposures, which included large-attached mixed occupancy structures on Summit Avenue. They were supplied by Harrison Engine 2. 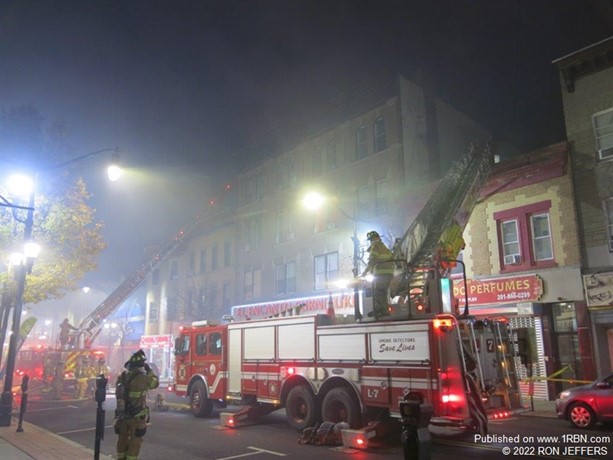 Photo by RON JEFFERSJersey City Ladders 12 and 7 set up on Summit Avenue and operated along with Kearny Engine 1 to protect these buildings. 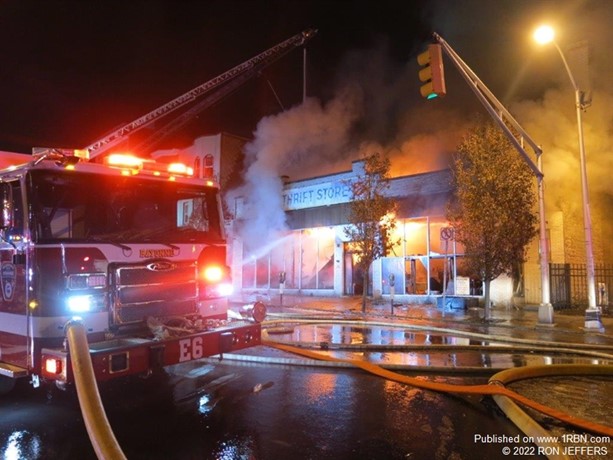 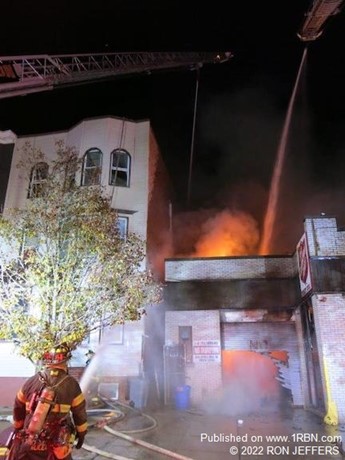 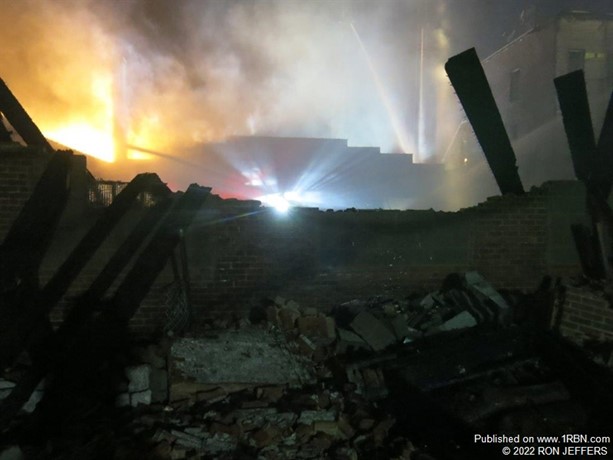 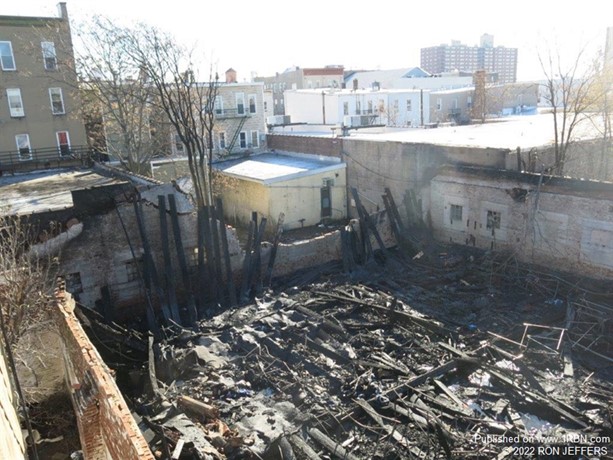 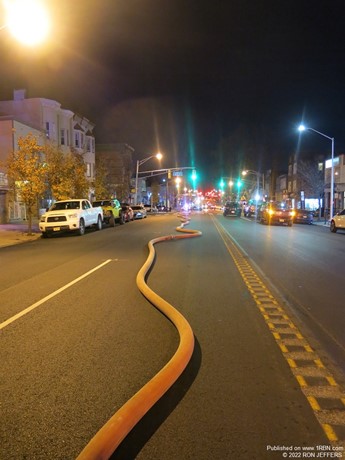 Photo by RON JEFFERSAt the Salvation Army thrift store fire in Union City, December 1st, water pressure became a problem at the end of this city's water mains. A large diameter hose line was stretched from Kennedy Boulevard, near 10th St., down to 5th Street, which is called Secaucus Road on the Jersey City side of the road, to hook up to a Jersey City hydrant.