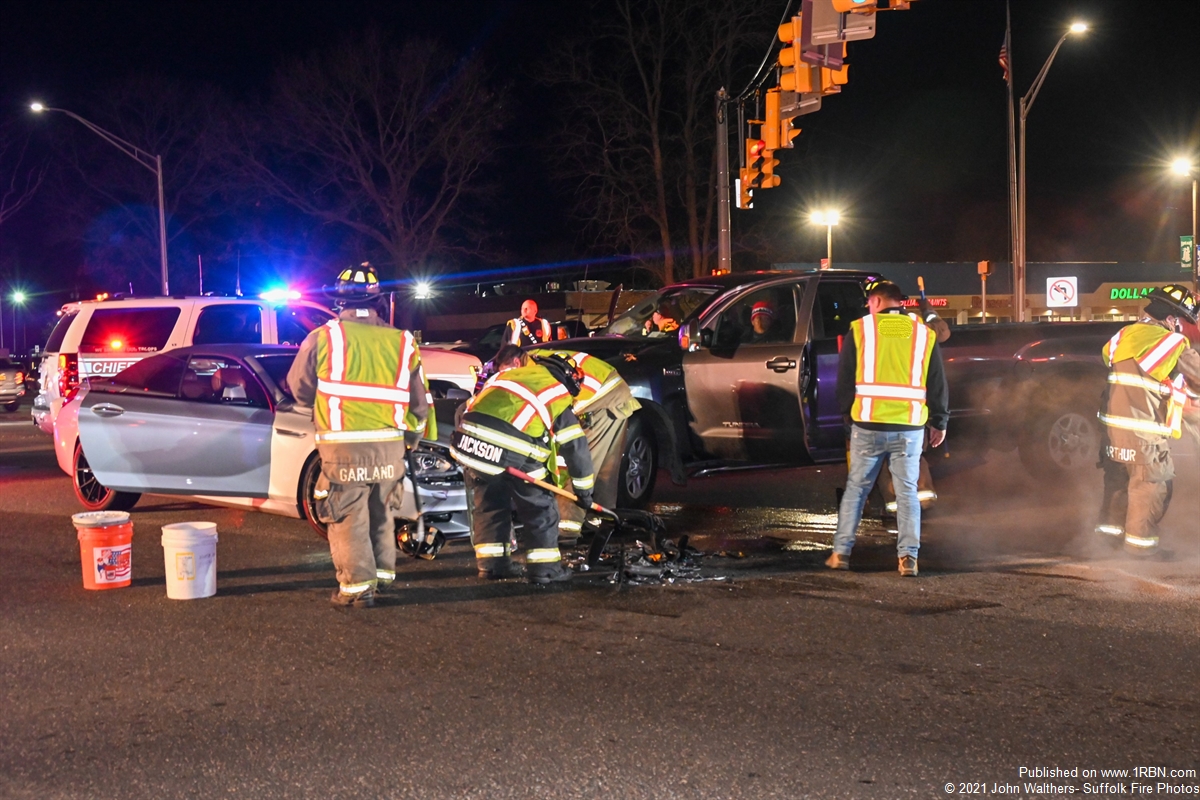 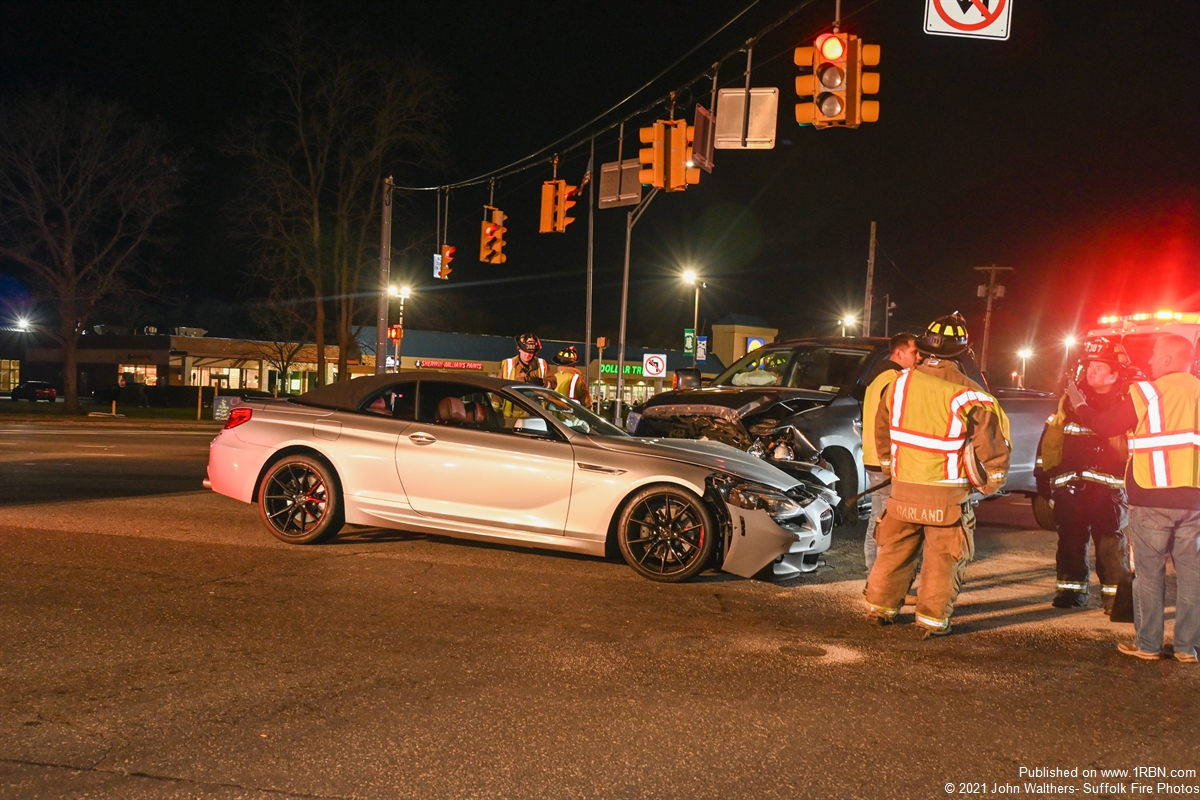 Photo by John Walthers- Suffolk Fire PhotosFirefighters Operate at the scene of this crash in the Mastic Fire District. 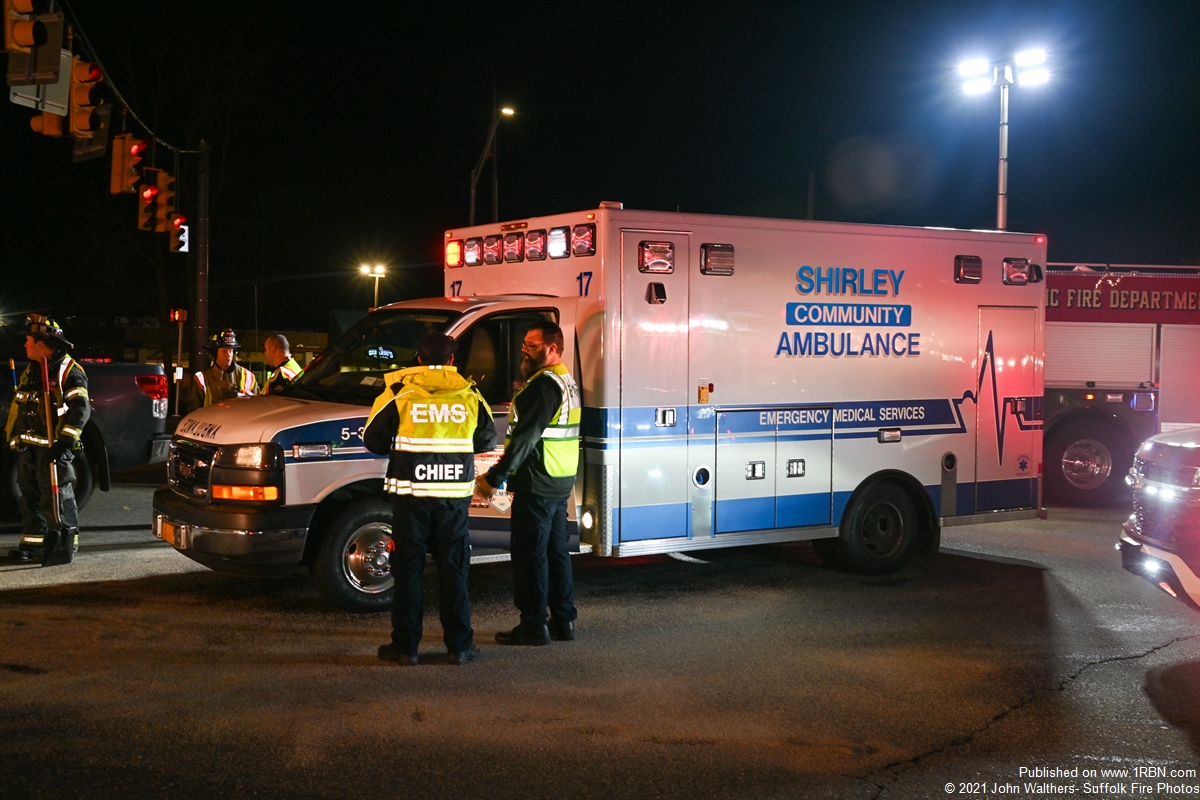 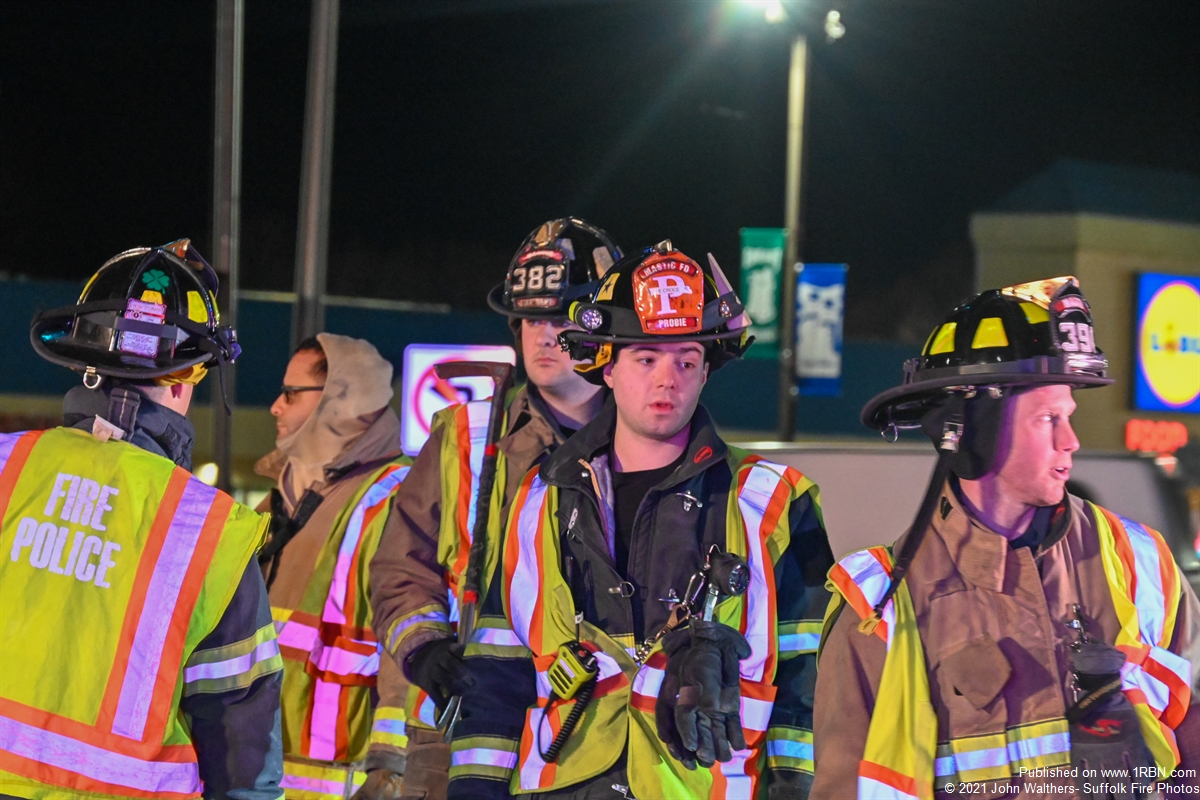 SHIRLEY, NY - On November 30, 2021, shortly after 6:00 P.M., a MVA occurred at Montauk Hwy. and William Floyd Parkway. Brookhaven FD Assistant Chief Loiacono (5-3-32) was passing by and advised Fire-Com of the incident and stopped to assist with blocking traffic and rendering aid. The Mastic FD was activated, as was Shirley Ambulance.

On arrival Assistant Chief Gene Martucci advised that he had a two-vehicle crash with no one trapped, but heavy damage and clean up needed. Engines 5-12-1 and 5-12-4 responded in to the scene and firefighters went to work cleaning up an extensive fluid spill and other debris. The vehicles were then secured.

While the FD was operating EMS personnel from Shirley Ambulance and Mastic Beach Ambulance tended to the occupants of the vehicles. At least three people were transported to a local hospital. The lanes on both roads were closed for about one hour while emergency personnel operated.