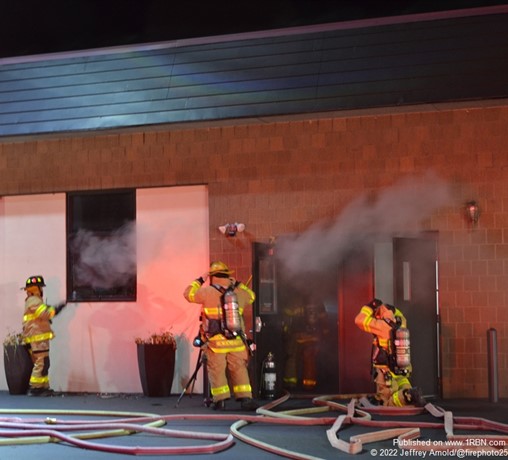 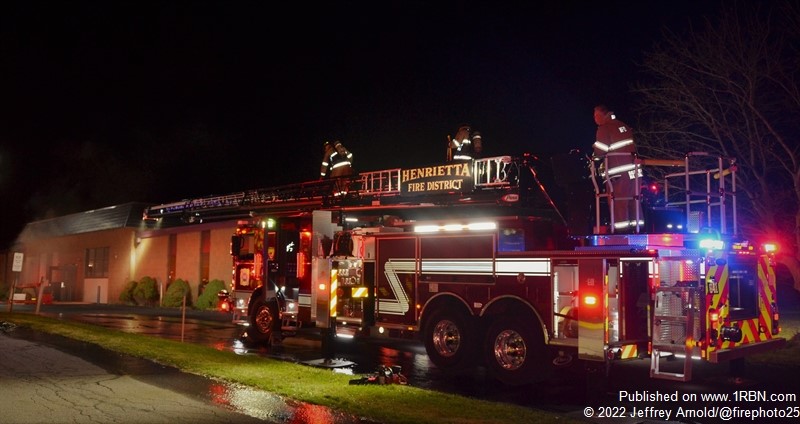 WEST BRIGHTON, NY - On Friday, December 2nd at 5:30 P.M., the Henrietta Fire District was dispatched to the report of smoke coming from the roof of a building at 115 Metro Park in Brighton.

Units arrived on location and found smoke showing from a large one-story commercial building. A working fire was declared and mutual aid was requested from the City of Rochester and Brighton for a RIC and manpower.

The blaze was brought under control in about 20 minutes. There were no injuries reported.

Also assisting at the scene were Brighton Volunteer Ambulance and the Brighton Police. Pittsford and Scottsville F.D.'s were placed on standby during the incident.

The blaze is believed to have been of accidental origin, and the Monroe County Fire Bureau was working to determine the exact cause.