Car Versus Pole in Brookhaven 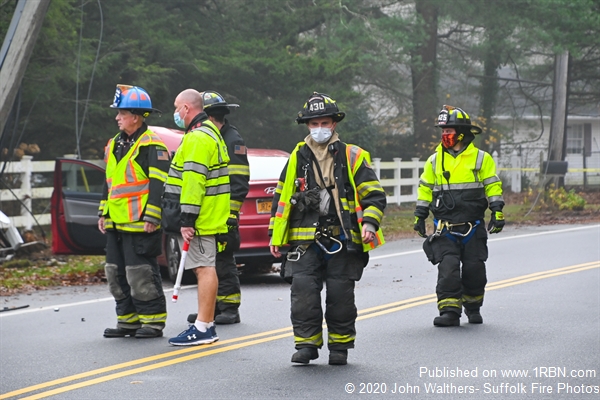 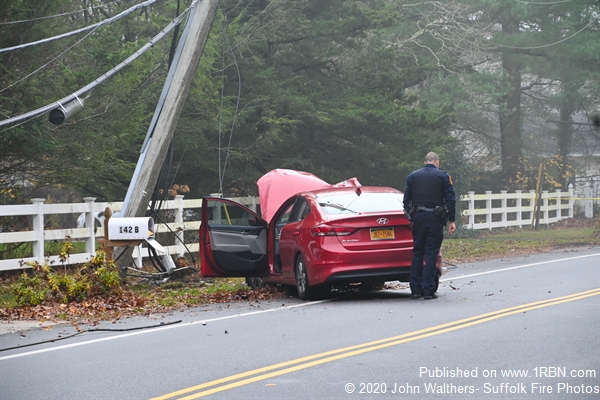 Photo by John Walthers- Suffolk Fire PhotosA suffolk county Police officer at the scene after this car slammed into a pole on thanksgiving. 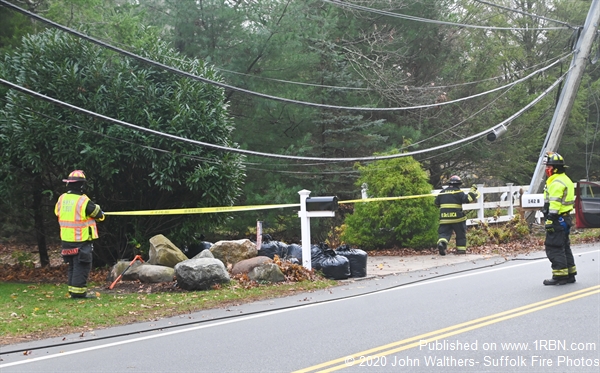 Photo by John Walthers- Suffolk Fire PhotosMembers of brookhaven FD securing the scene with Fire Line until PSEG could come replace the pole. 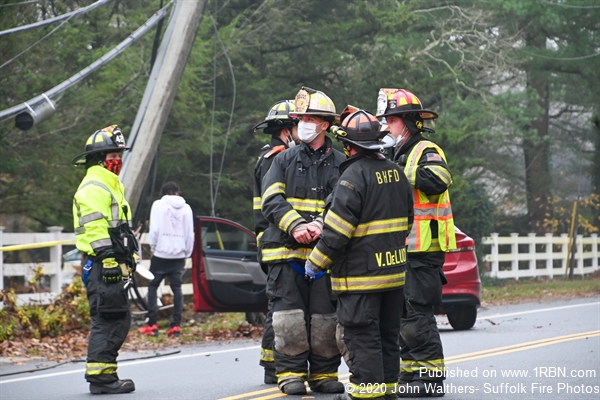 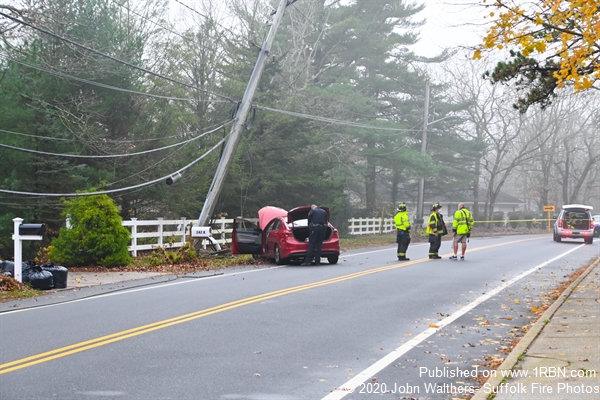 Brookhaven, NY - On Thanksgiving day, November 26th, at about 2:56 P.M., the Brookhaven Fire Department and South Country Ambulance were activated for a report of a vehicle versus pole on Beaverdam Road.

South Country Ambulance units 80 and 83 arrived on scene and confirmed the vehicle vs. pole with wires down and no one trapped. Chiefs DiPinto [5-3-30] and Verni from Brookhaven FD [5-3-32] arrived and gave orders to the crews from Rescues 3 and 4 to secure the scene. The vehicle was secured, as was the line. Scene tape was put up and orders were given to Fire Police and SCPD to block Beaverdam between Arthur Ave. and Bellview Ave.

The driver of the car sustained non-life-threatening injuries and was taken to a local hospital by South Country Road. Due to the damaged pole and downed lines, the road was closed for an extended period of time.