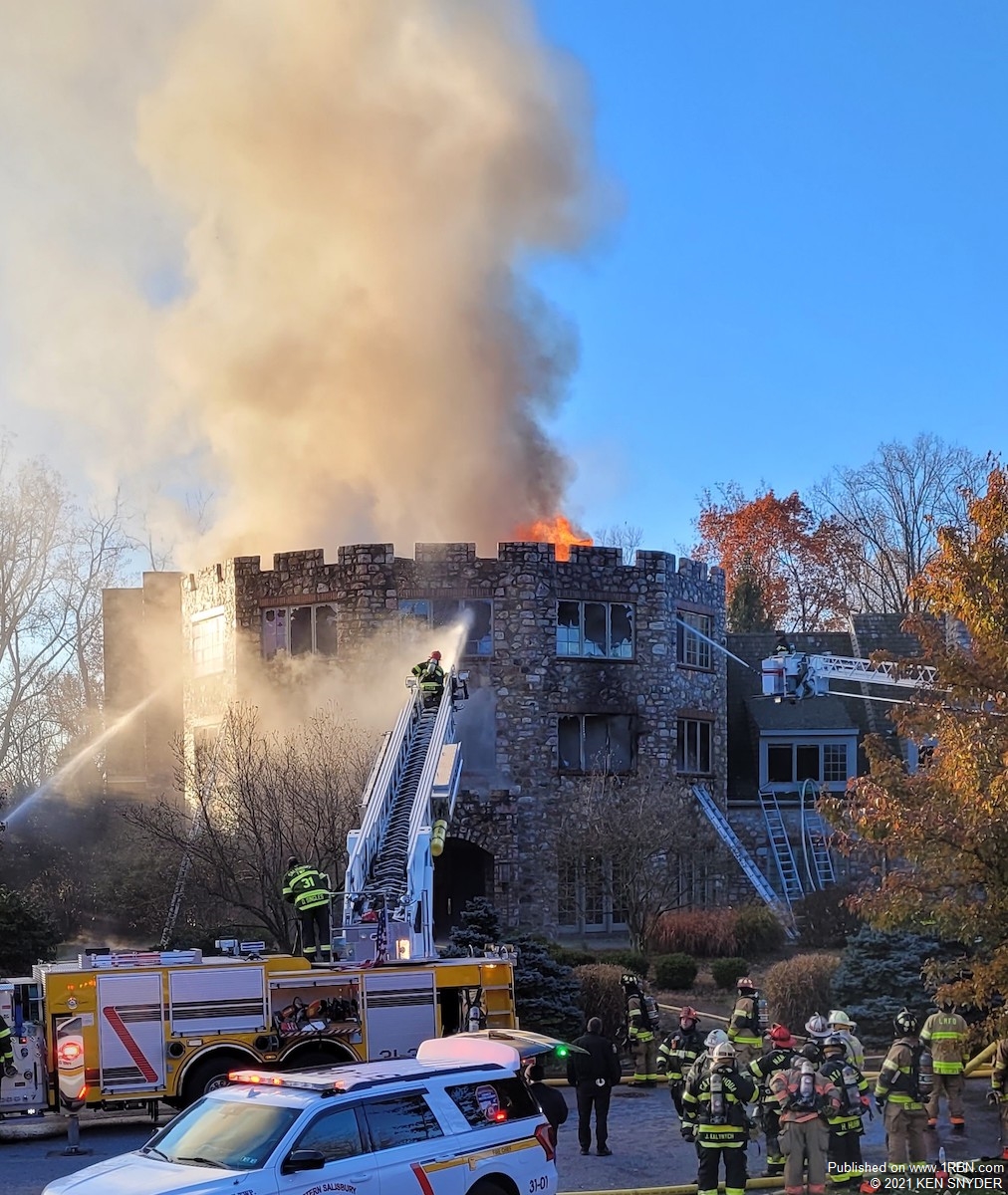 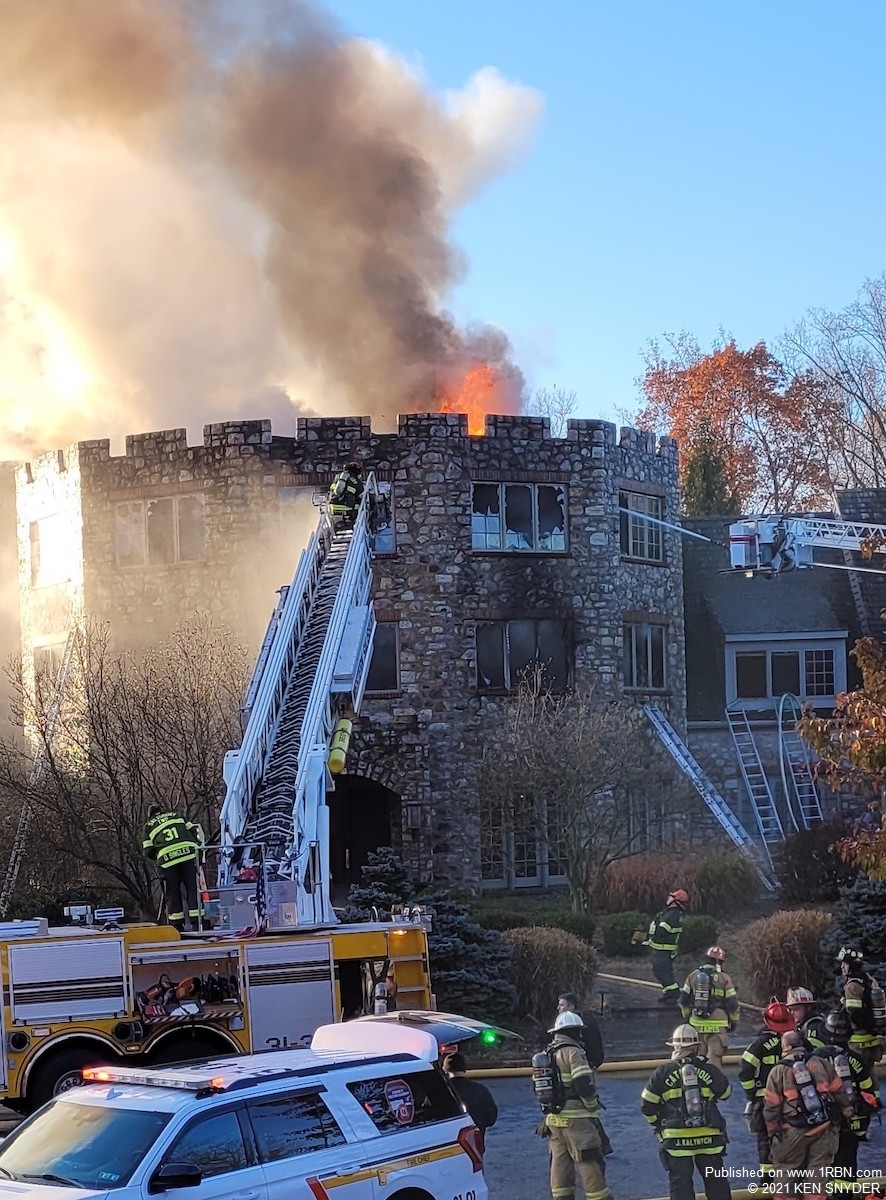 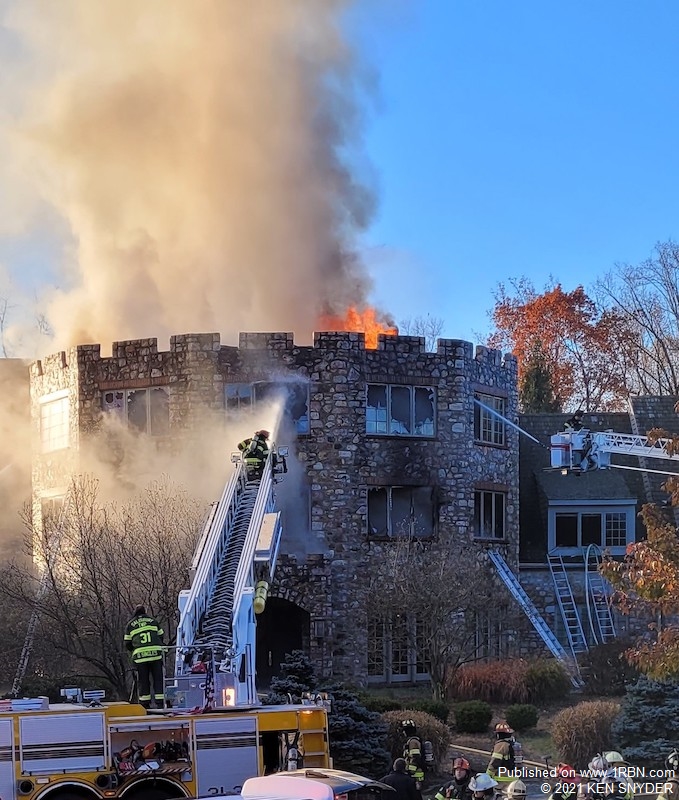 SALISBURY TWP., PA - On November 16th, a 1997 stone mansion known as the "Ravenwood Manor" caught fire. This $6.4 million home had just been purchased by a New Yorker and was known to be the most expensive home in Lehigh Valley.

The alarm was sent out around 5:55 A.M. by a passerby who saw smoke coming from the building. The 36,800-square-foot mansion is situated on 3015 Barrington Lane, at the end of a lengthy cul-de-sac. This presented some problems for first responders, leaving only one way for the emergency vehicles to enter and exit.

The blaze went to three alarms with the bulk of the fire being centered in the three-story front four-story rear, 'turret section' of this castle like 2006 annex. This section of the building had numerous rooms in it, such as a ballroom, movie room, trophy room, collection room, a bistro, a wine cellar, etc.

An early interior attack was in progress, but as conditions worsened, two members of the Cetronia Fire Co. were forced to bail out the second floor window. They suffered burns and traumatic injuries and were transported to Lehigh Valley Hospital. Some firefighters remained on scene for most of the afternoon, but needed reinforcements in the evening due to a rekindle. After an excavator was brought in, the hot spot problem was reduced.