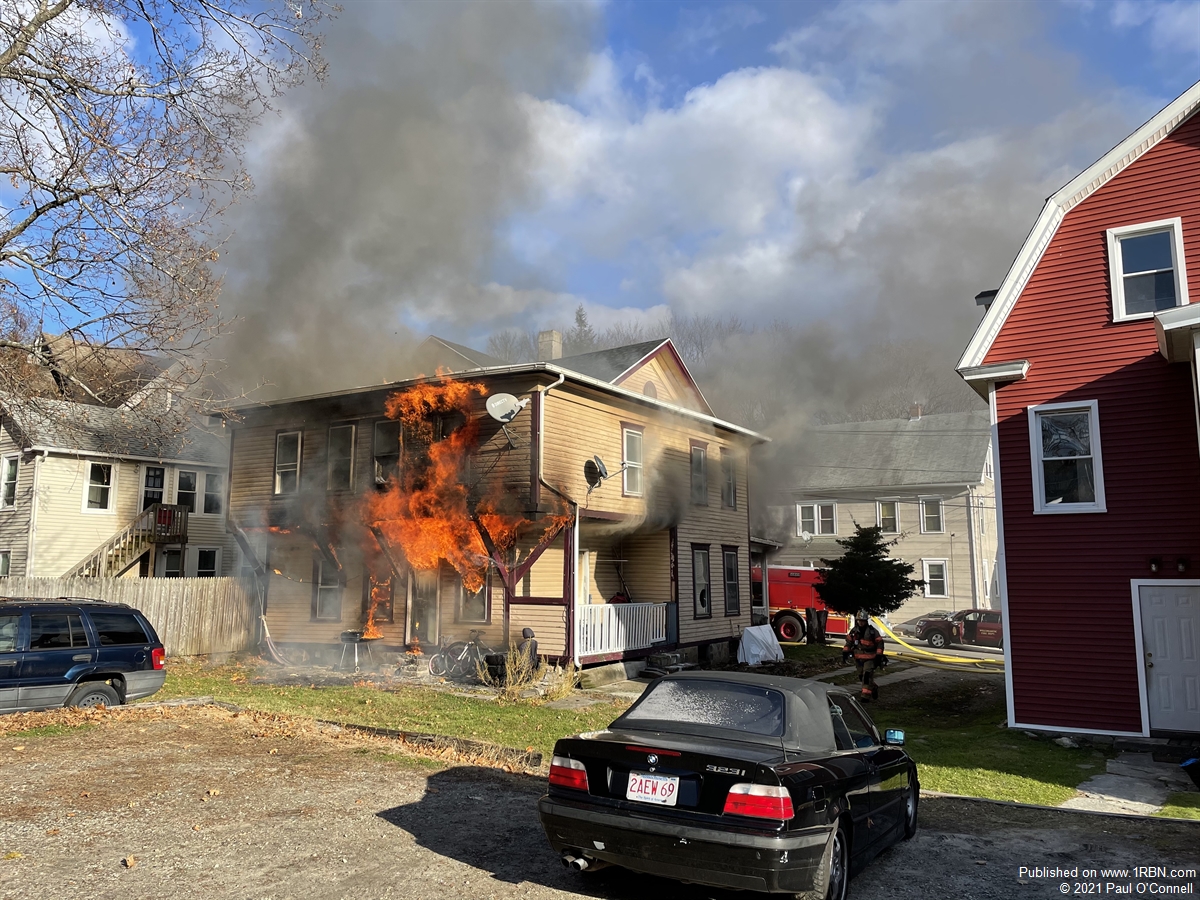 Photo by Paul O'ConnellDeputy Chief Palmer performs his 360 while fire vents from the rear. 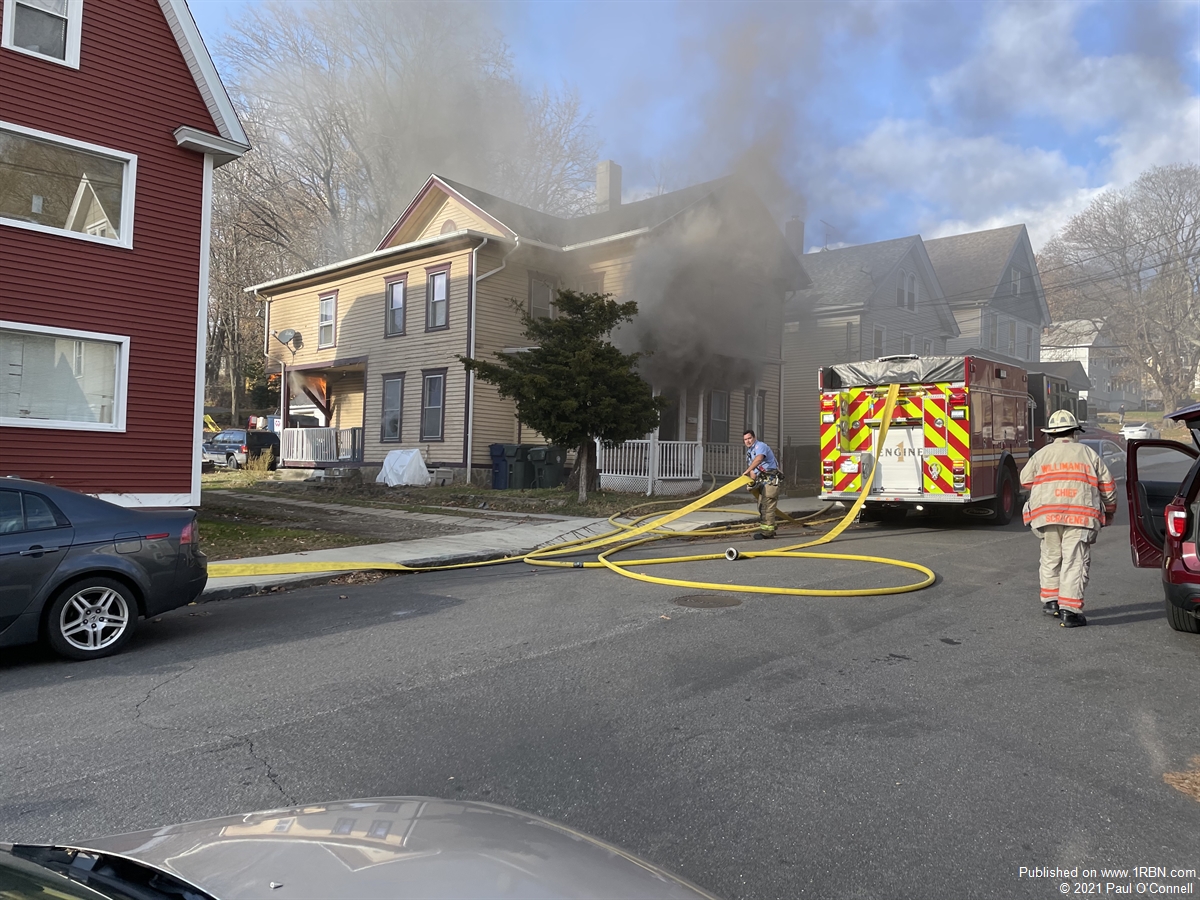 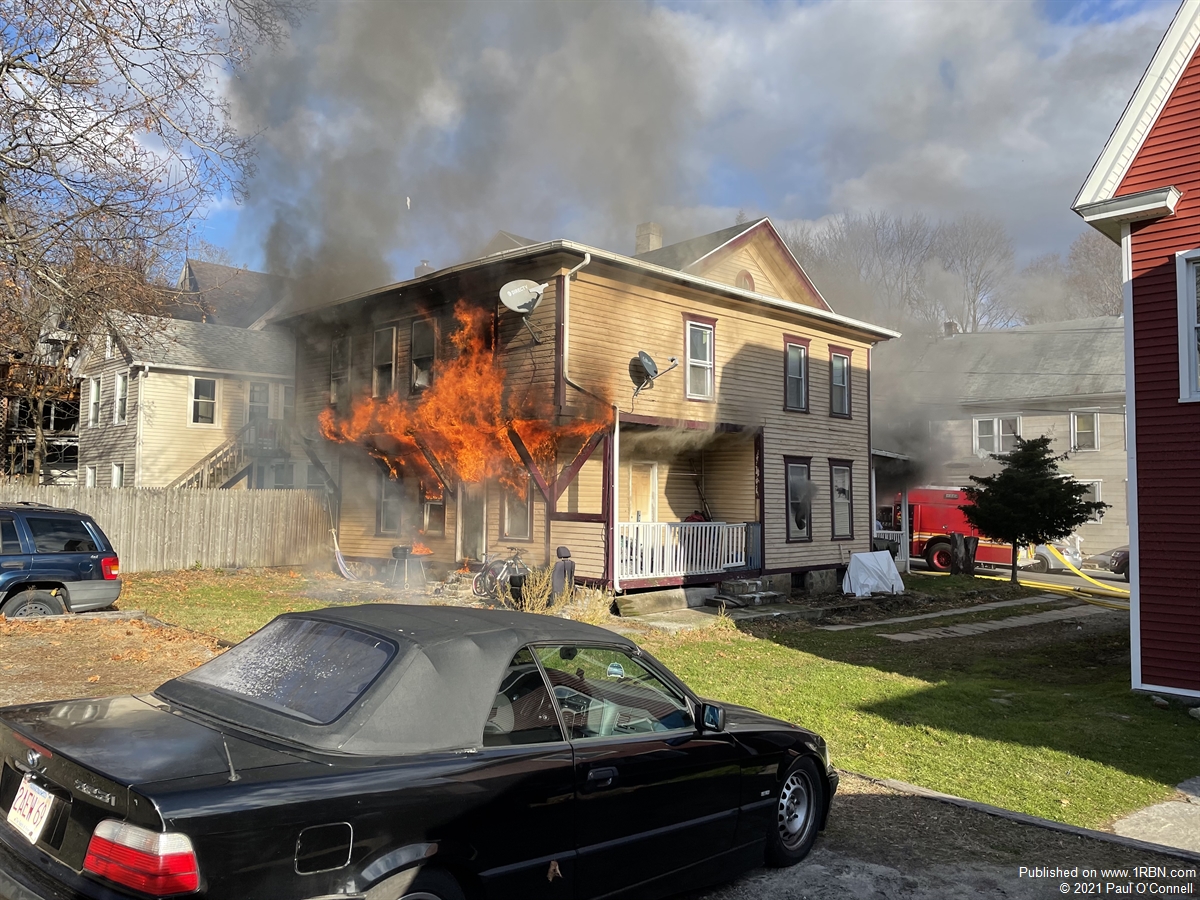 Photo by Paul O'ConnellFire auto extends to the second floor in the rear. 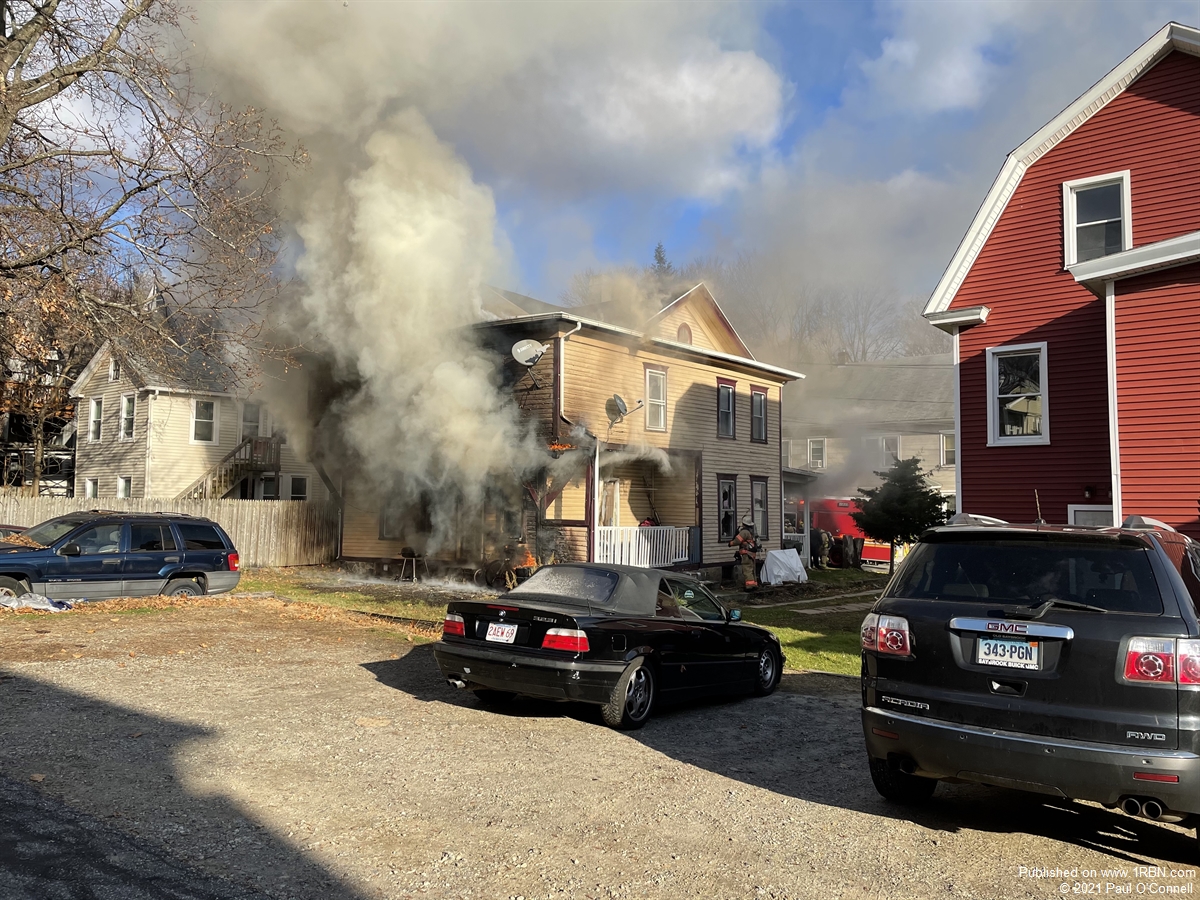 Photo by Paul O'ConnellCrews making the knock from the interior as Chief Palmer vents a window. 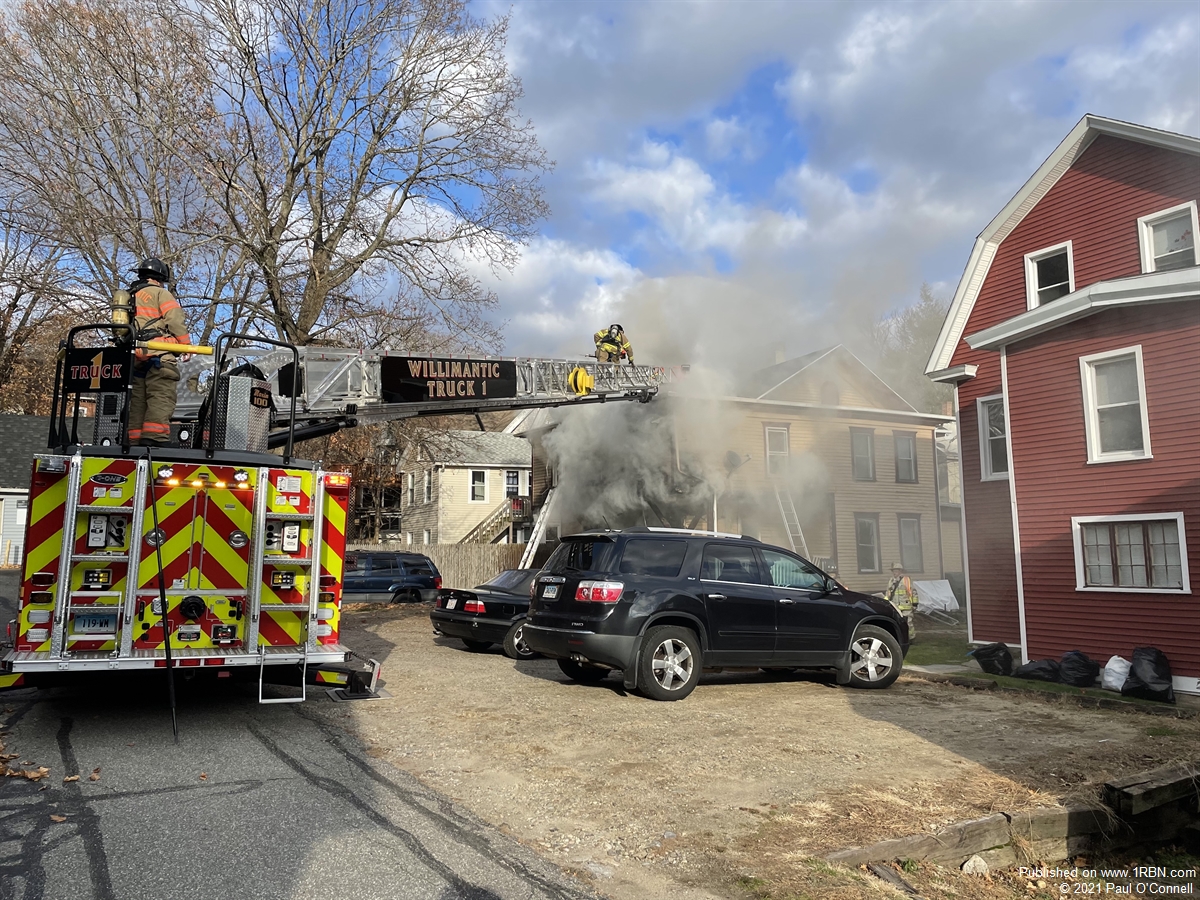 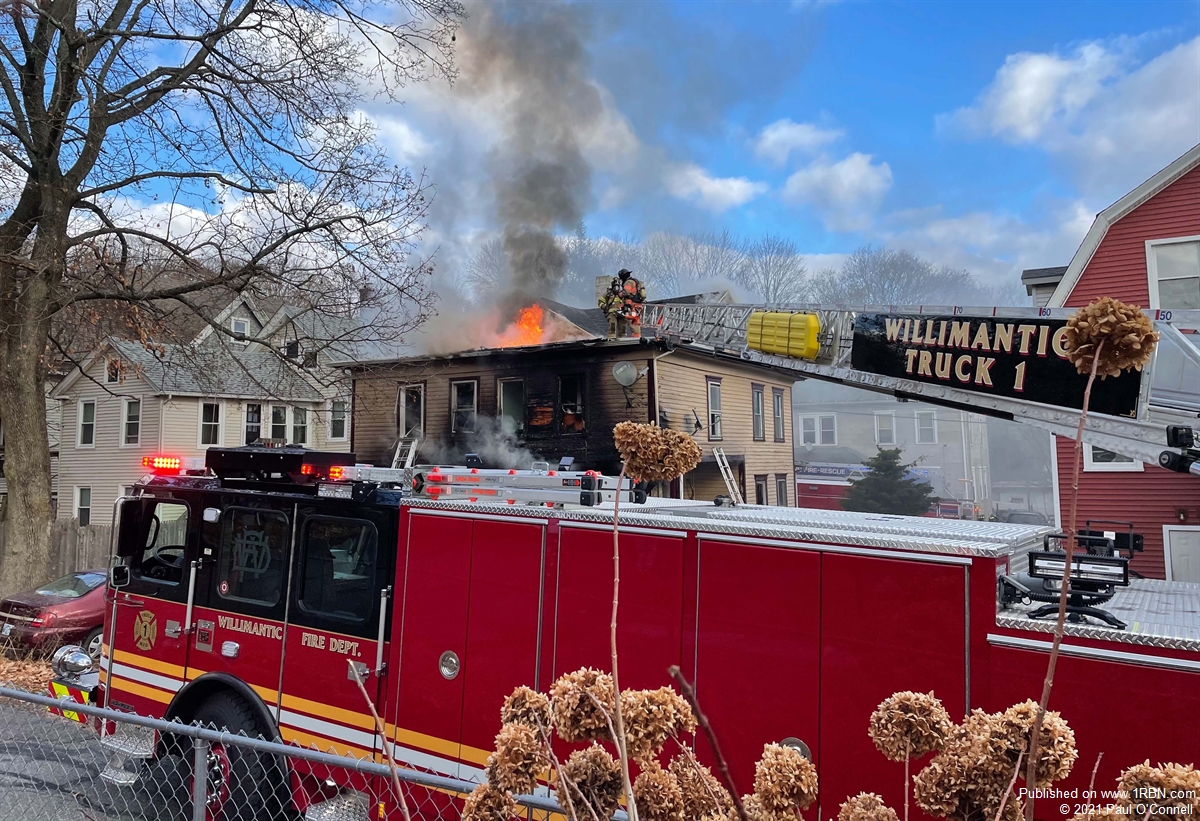 Photo by Paul O'ConnellWillimantic Truck 101, a 2019 E-One Cyclone-Metro, positioned in the rear.

WILLIMANTIC, CT - At 1:41 P.M. on Monday, November 29th, the Willimantic Fire Department was dispatched to 115 Spring Street for a house fire.

Engine 101 arrived at 1:45 P.M. with fire showing from the rear of a two-and-a-half story wood-frame residence, with a corrected address of 110 Walnut Street. Crews stretched a one-and-three-quarter inch hose line in the front door, where they found a heavy fire condition on the first floor.

The first-alarm brought in Mansfield Squad 307, UConn Tower 122 and a Columbia Ambulance. At 1:48 P.M., Car 1 transmitted the second-alarm while Car 101 assumed operations. Squad 307’s crew stretched a line to the second floor where the fire had already extended. Truck 101 set up in the rear and flew the stick to the roof where they performed vertical ventilation. Tower 122 set up in the front and assisted with opening up.

Columbia responded with an ambulance and Rescue 105 as the FAST. The Windhams provided support while Scotland Ambulance 516 was also on scene. The incident escalated to three alarms for manpower. The Willimantic Fire Marshal’s Office is investigating.