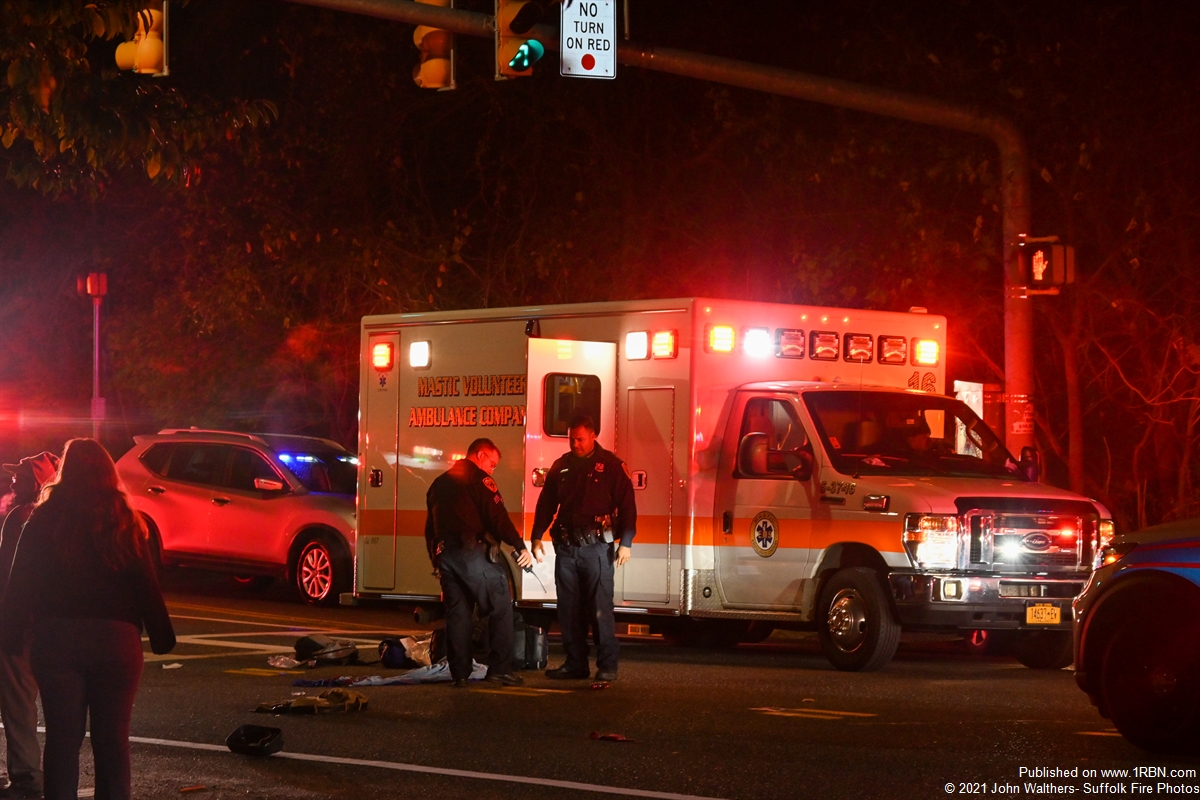 Photo by John Walthers- Suffolk Fire PhotosMastic EMS and Suffolk Police on scene where a pedestrian was critically injured after being struck according to police. 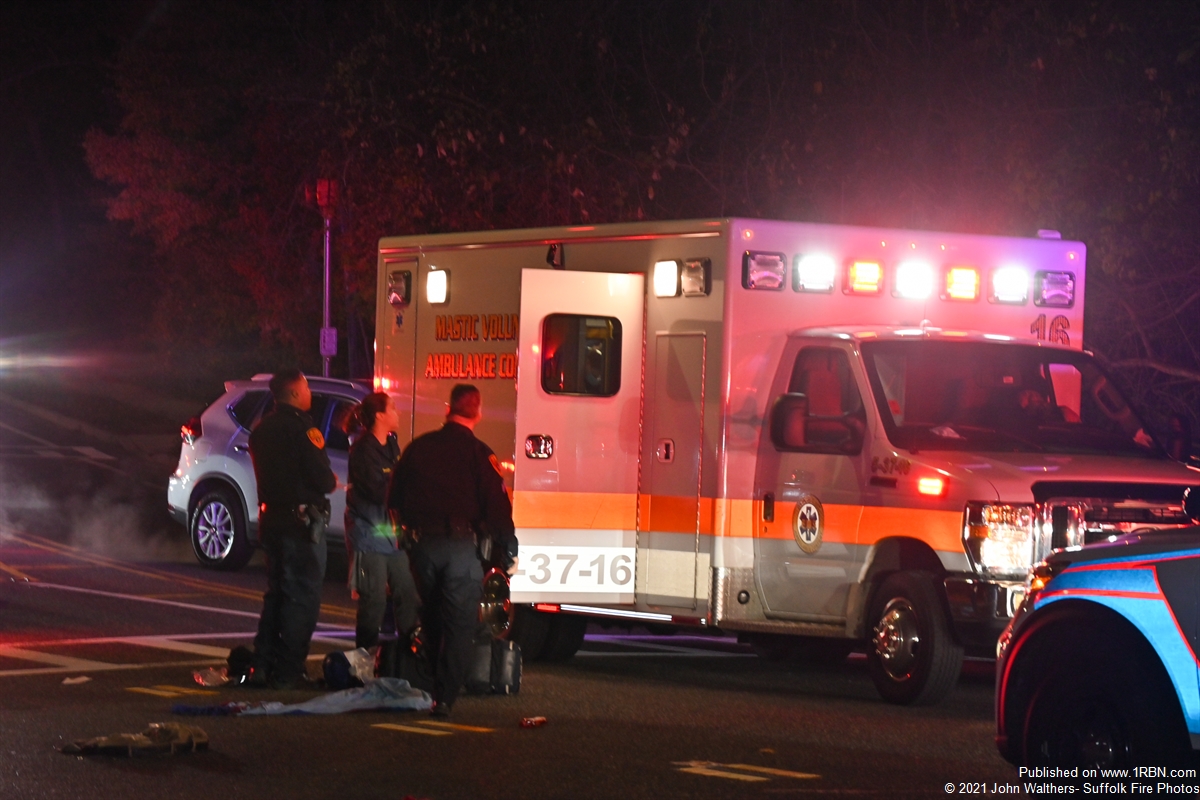 Photo by John Walthers- Suffolk Fire PhotosMastic EMS and Suffolk Police On Scene of pedestrian struck. The pedestrian was critically injured according to police. 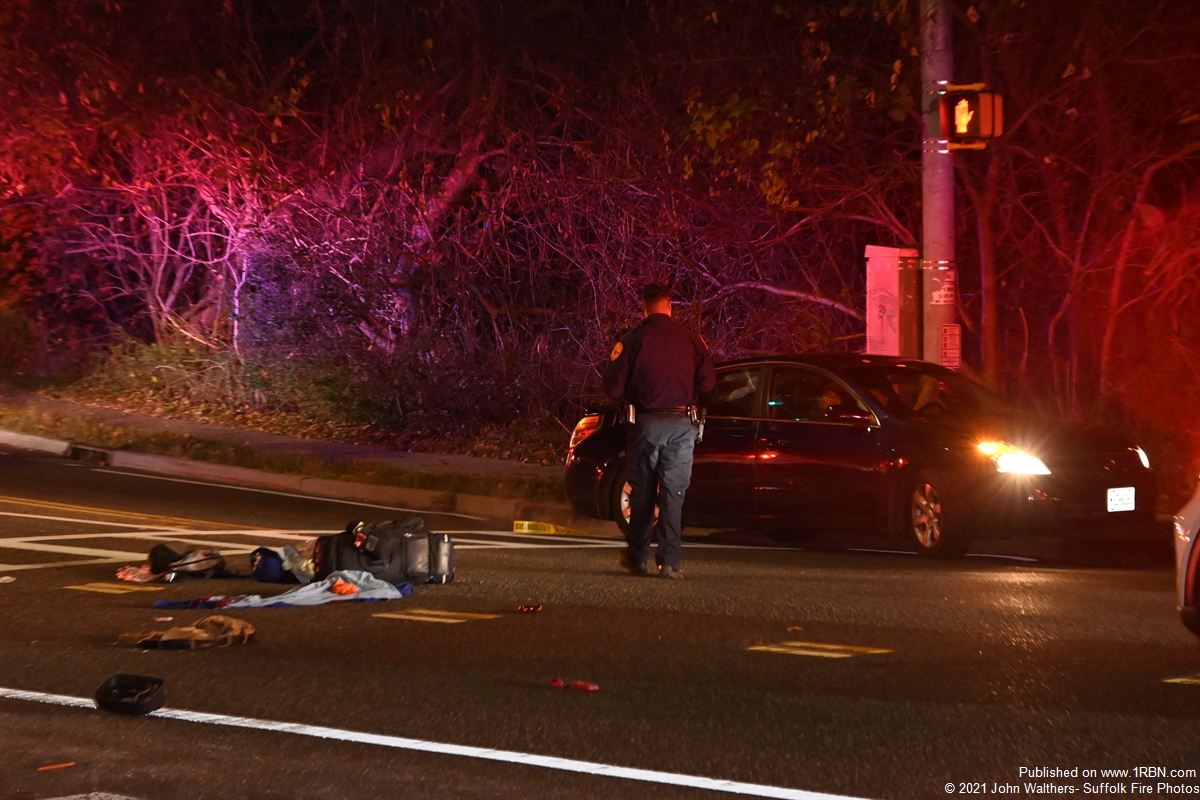 Photo by John Walthers- Suffolk Fire PhotosItems strew across the ground as police secure the crime scene after a pedestrian was hit. 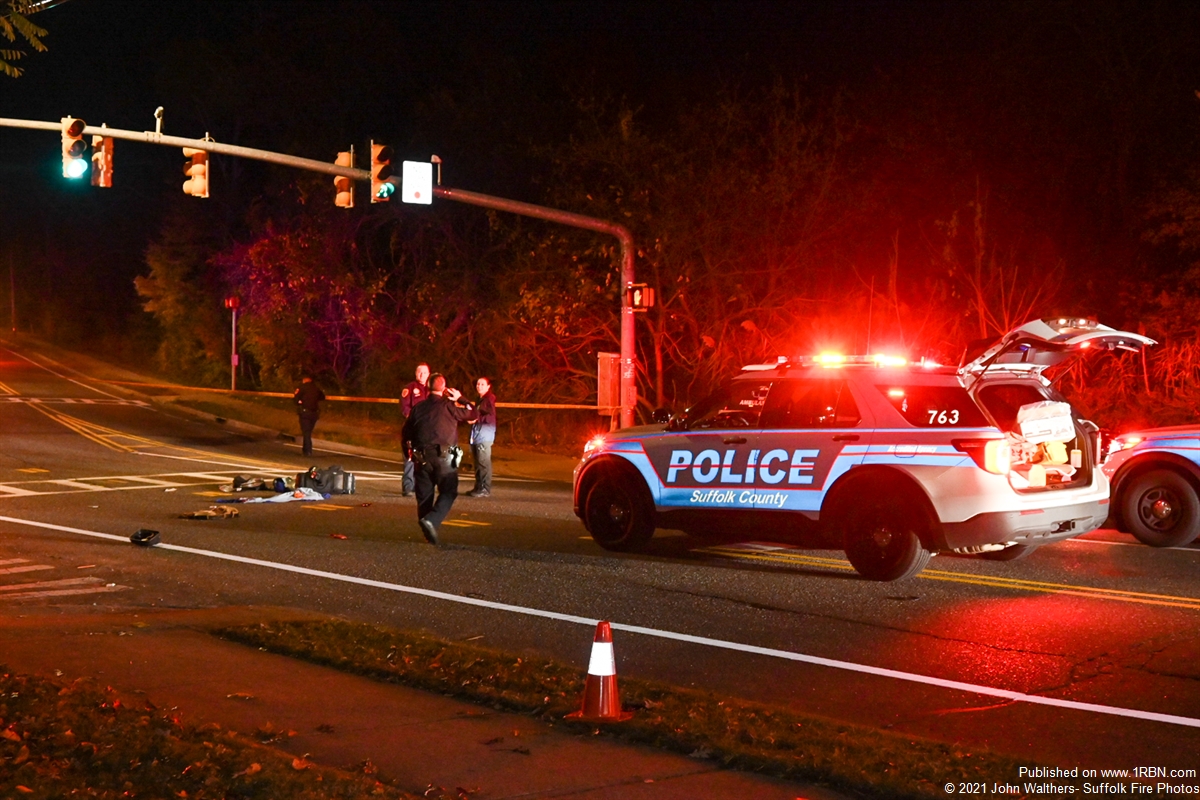 MASTIC, NY - On Saturday, November 20, 2021 just before 5:00 P.M., the Suffolk County 9-1-1 communication center received a call for a pedestrian struck by a vehicle on Mastic Rd., near Herkimer Street.

Suffolk Police 7th precinct officers were dispatched to the scene and on arrival confirmed a male on the ground and requested rescue on a rush. Mastic Ambulance was called to the scene, and Mastic FD was activated for a chief to the scene as well as an engine crew for a helicopter landing, which ended up being canceled.

The pedestrian, a male in his 50’s, reportedly suffered serious head trauma and other injuries and was taken by Mastic Ambulance to Stony Brook Hospital with a police escort. The vehicle that struck him reportedly fled the scene southbound on Mastic Road. Police believe the vehicle is a dark 4 door Dodge Ram pickup and are asking anyone with info to call the 7th squad detectives at 631-825-8752.

All FD units were back in service a short time after the alarm was received. The scene was turned over to Suffolk Police for investigation and the road was closed for an extended period of time.