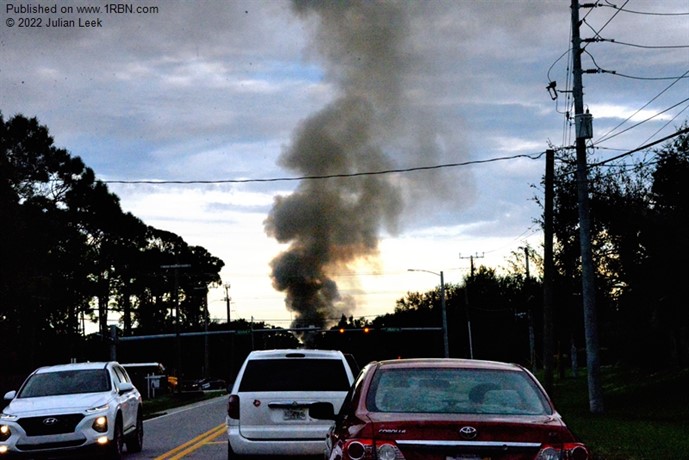 Photo by Julian LeekSmoke could be seem for miles around the fire and traffic was at gridlock. 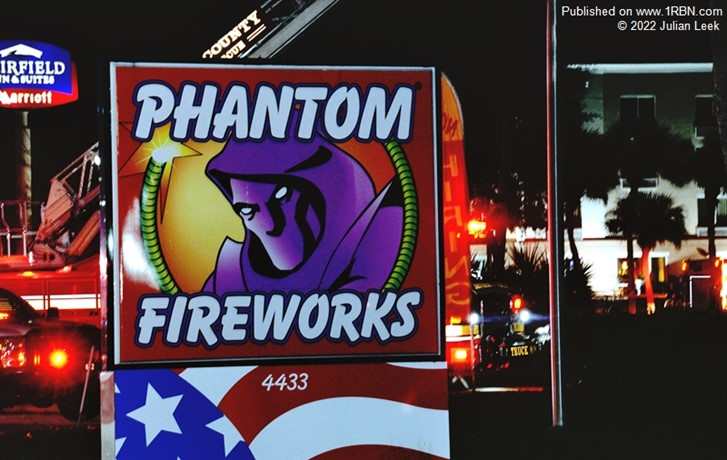 Photo by Julian LeekThe building was a total loss 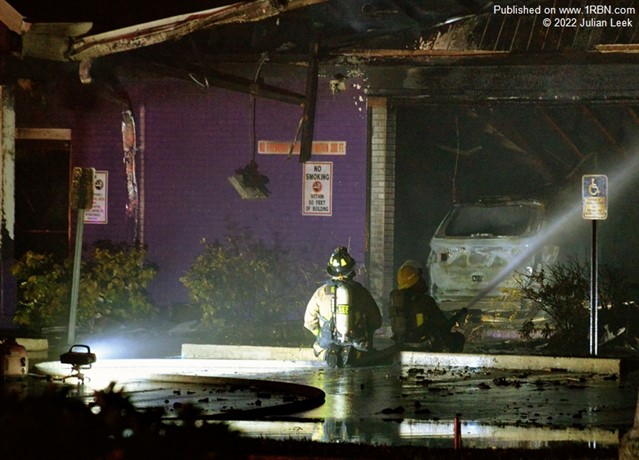 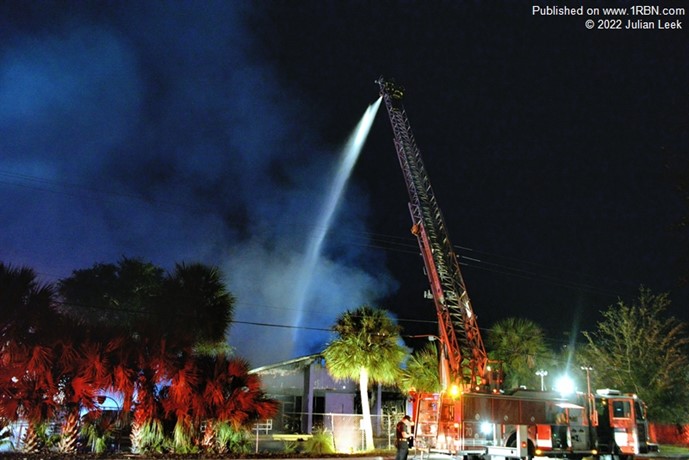 A car driver was killed after their car was involved in an accident and the vehicle ended up crashing through the front window and into the Phantom Fireworks building. Numerous units from Brevard County Fire Rescue with other agencies responded but fighting the fire was hampered by exploding fireworks. The incident happened during rush hour and numerous roads were closed due to fire ground operations. The Florida State Fire Marshal and Florida Highway Patrol homicide investigators are on the scene.