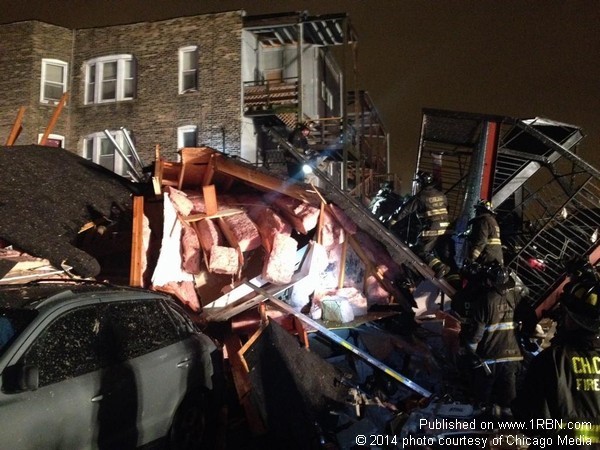 Photo by photo courtesy of Chicago MediaChicago Fire and EMS along with Chicago PD were dispatched to an apartment building collapse on Nov. 23.

CHICAGO,IL-Fire officials have determined the cause of a Washington Park apartment building collapse that occurred on Nov. 23 on Calumet St.

Officials said a buildup of natural gas from an appliance or customer owned piping was the cause.

Tones sounded at approximately 7 p.m., for a building collapse at 58th Street and Calumet Avenue, on Nov. 23.

Witnesses reported hearing an explosion and said the building then collapsed.

Victims were reported as possibly trapped in the rubble.

Chicago Fire and Medical personnel along with Chicago PD were on scene within minutes. Officials reported that the entire building had collapsed.

Two victims and a dog were located and removed from the rubble. One patient was red and the condition of the second patient is not known at this time only that were alive. The red patient was transported to a hospital.