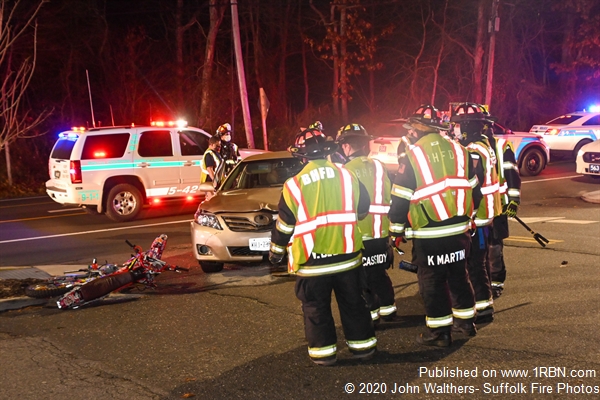 Photo by John Walthers- Suffolk Fire PhotosBrookhaven Firefighters operate at a Car Vs. Motorcycle on Montauk Highway at the 7 Eleven. 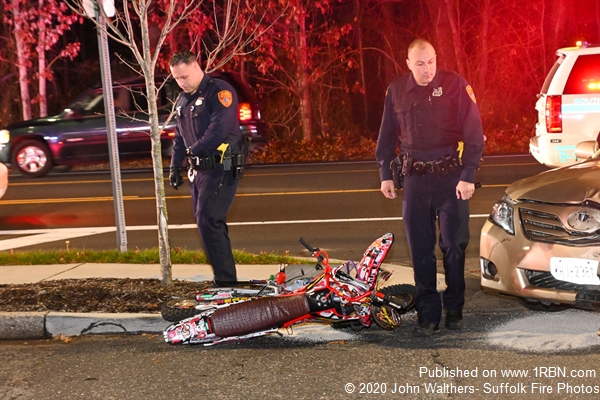 Photo by John Walthers- Suffolk Fire PhotosSuffolk Police check out the bike that was hit. 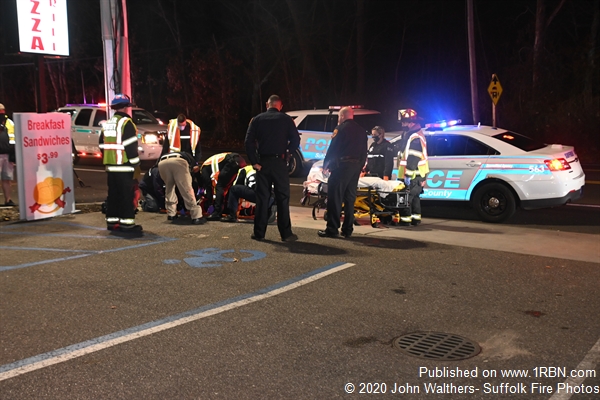 Photo by John Walthers- Suffolk Fire PhotosFirefighters from Brookhaven and Ambulance Personnel from South Country Ambulance work on packaging the rider for transport to a local hospital. 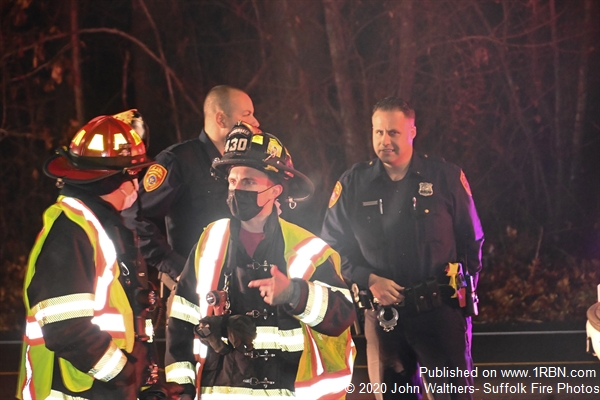 Photo by John Walthers- Suffolk Fire PhotosA Brookhaven firefighter talks to his captain at the scene. 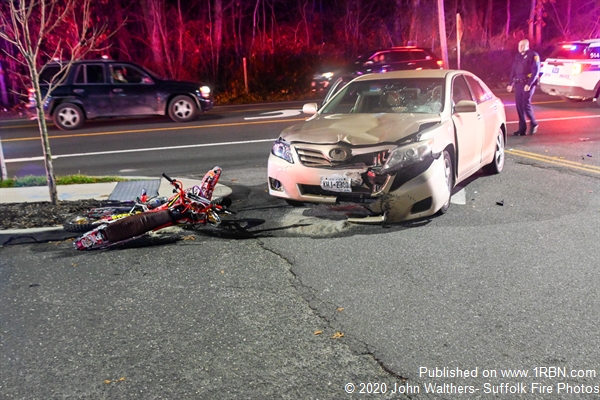 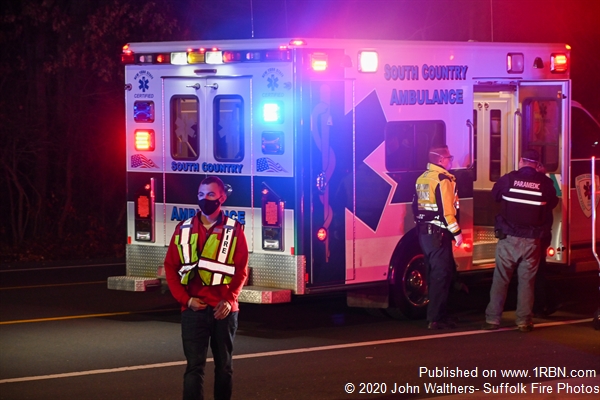 Brookhaven, NY - On Friday, November 27th at about 6:43 P.M., the Brookhaven Fire Department was activated for a report of a motorcycle MVA at the 7 Eleven located at 2475 Montauk Highway. Chiefs Peter DiPinto, Jr. [5-3-30] and Dan DiPinto [5-3-31] arrived on scene to find the rider of the bike down in the parking lot. Rescues 3 and 4 responded to the scene along with Engine 9. Firefighters made sure the car that hit the bike was secure. They also assisted South Country Ambulance with patient care. South Country Ambulances 16, 17 and 20, along with Responders 81 and 85 all responded to the scene. The rider of the motorbike was taken by ambulance to a local hospital for treatment of undisclosed injuries. The driver of the car was checked out by EMS but it was unclear if they were transported to the hospital or RMA’d. All FD units were back in service after about 35 minutes.