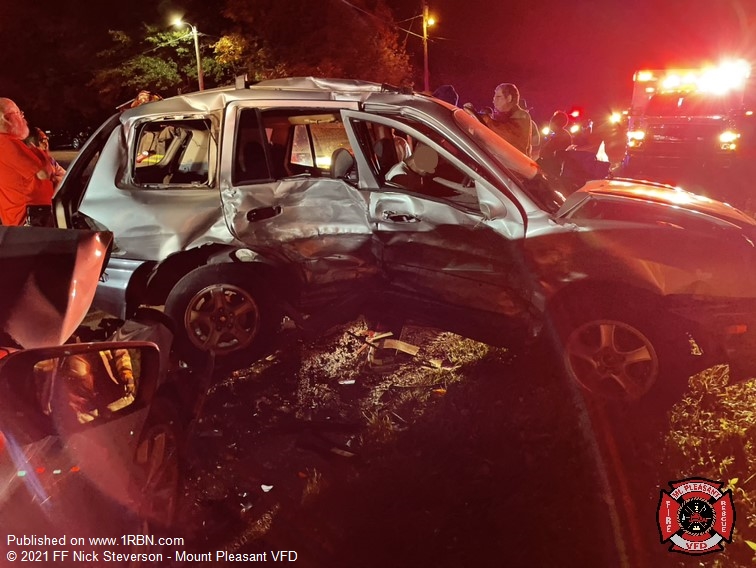 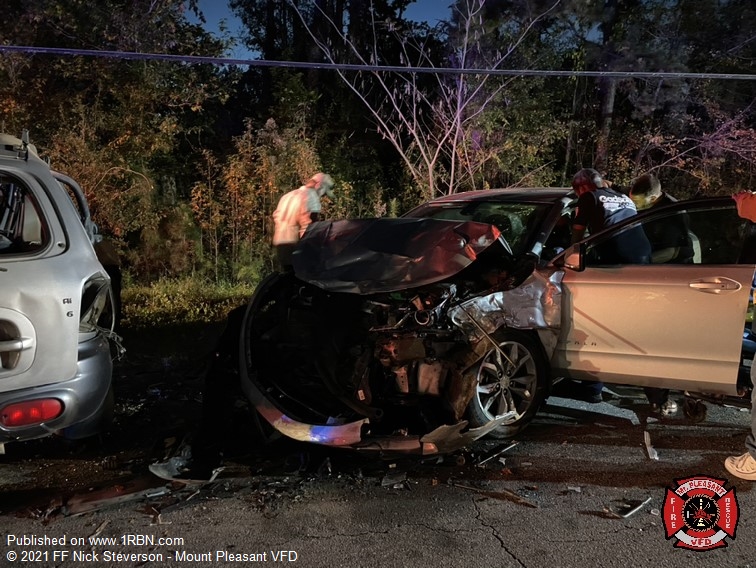 Upon arrival personnel found two vehicles, one with heavy front end damage and air bag deployment and the second that had heavy passenger side damage with a side air bag deployment. A subsequent check of the occupants found that there was a single occupant in each vehicle, both complaining of injuries, but no entrapment. It appears that the one driver lost control of their vehicle and was struck on the passenger side by the second vehicle. Both occupants were assessed on scene and transported by EMS to the hospital for further treatment. The crash remains under investigation by the Florida Highway Patrol.