Dry Cleaners Shop Goes Up in Flames in Holyoke 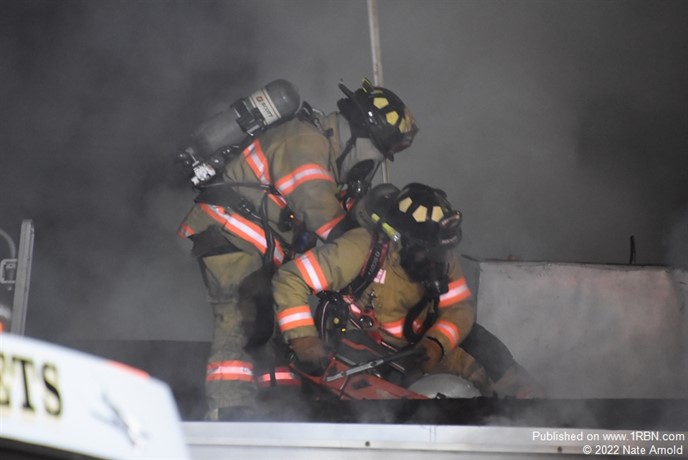 Photo by Nate Arnold Truck 1 works to vent the roof on South St. 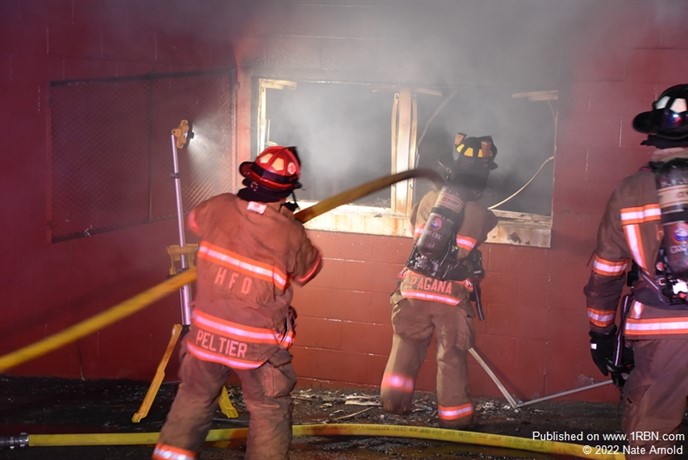 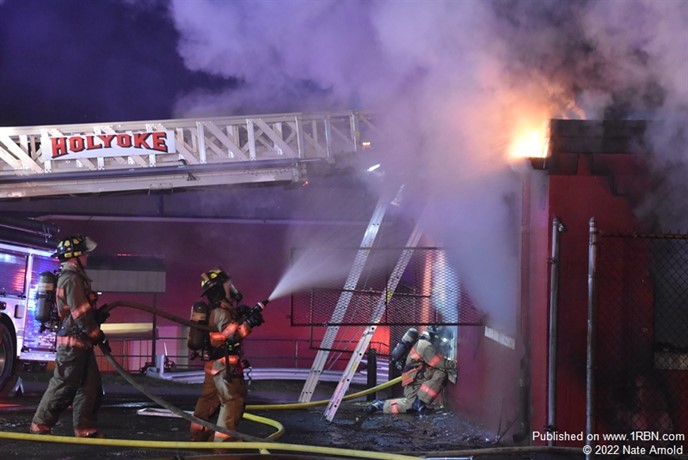 Holyoke fire crews were awakened at 3:00 A.M. by Fire Alarm’s announcement of a possible structure fire at 361 South St. Alarm room operators followed up the dispatch with additional information that the caller could see smoke and fire coming from the rear of the building. Car 21, Deputy Chief Kevin Cavanac, was first to arrive and confirmed that he had a working fire at the reported address and that Fire Alarm dispatch the third due engine as RIT.

From the arrival of first due companies through the duration of the incident, the main body of fire was located in the rear portion of the cleaners, which was a concrete block addition on the 'Charlie' side of the structure. Crews mounted an interior attack on the fire with coordinated vertical ventilation by Truck 1, but the fire was deep-seated in piles of dry cleaning and associated product, which required the members of the HFD to spend several hours washing down and pulling apart the stock in the room that was stored tightly together.

Due to extensive overhaul requirements, command special called the last engine in the city to the scene, raising the incident to the second-alarm equivalent level and requiring mutual aid to be called from neighboring Chicopee and South Hadley.

No injuries were reported during the fire, as the business was closed for the Thanksgiving holiday. The cause of the fire remains under investigation by the HFD.