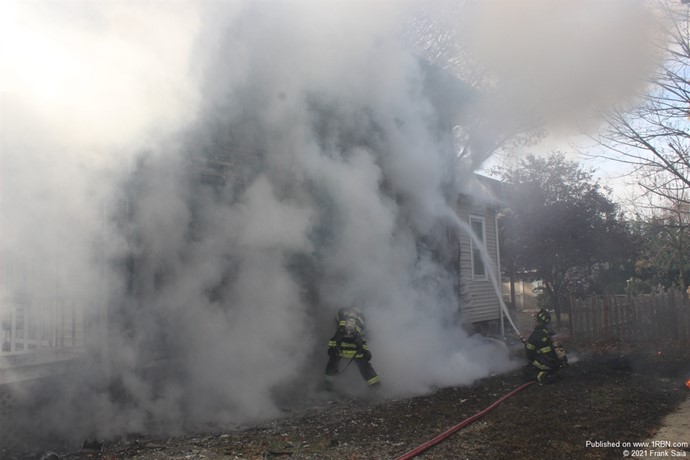 Photo by Frank SaiaLt. Matt Skowronek and FF Applegate sweep and extinguish the bulk of the fire on the 'D' side of the dwelling, preventing extension into the 'D' exposure. 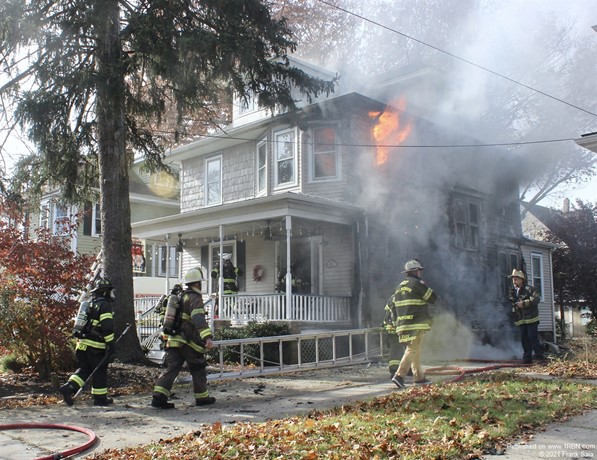 Photo by Frank SaiaWestmont ladder company prepares to ladder the dwelling to assist with fire extinguishment and overhaul. 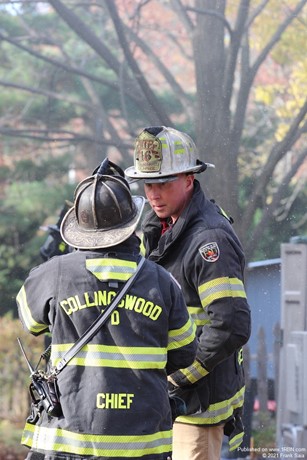 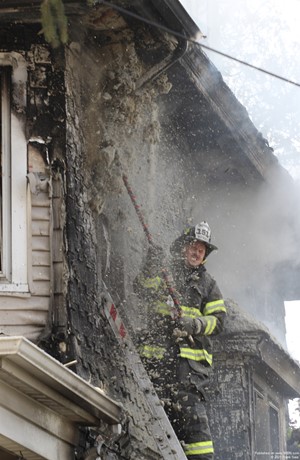 Photo by Frank SaiaWestmont Fire Lt. Josh Bennett overhauling the 'D' side of the dwelling. 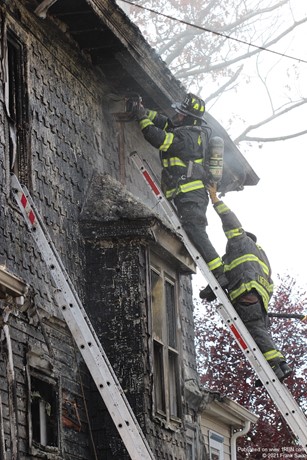 COLLINGSWOOD, NJ - At approximately 12:05 P.M. on Thanksgiving Day, November 25th, the Collingswood Fire Department and accompanying automatic mutual aid were dispatched to 107 Linden Avenue for the report of a dwelling fire. Numerous calls were received and the large lume up confirmed a working fire.

Westmont Fire Chief Dan Devitt was the first fire officer to arrive and reported fire showing from a two-and-a-half story, wood-frame, single-family dwelling. Squad Company 16, under the command of Lt. Matt Skowronek, was the first apparatus to arrive and stretched a one-and-three-quarter inch hand line to attack the fire.

The fire was quickly knocked and crews performed extensive overhaul. The fire was placed under control shortly thereafter. The fire is believed to have started in a trash can on the exterior of the dwelling. No injuries were reported.