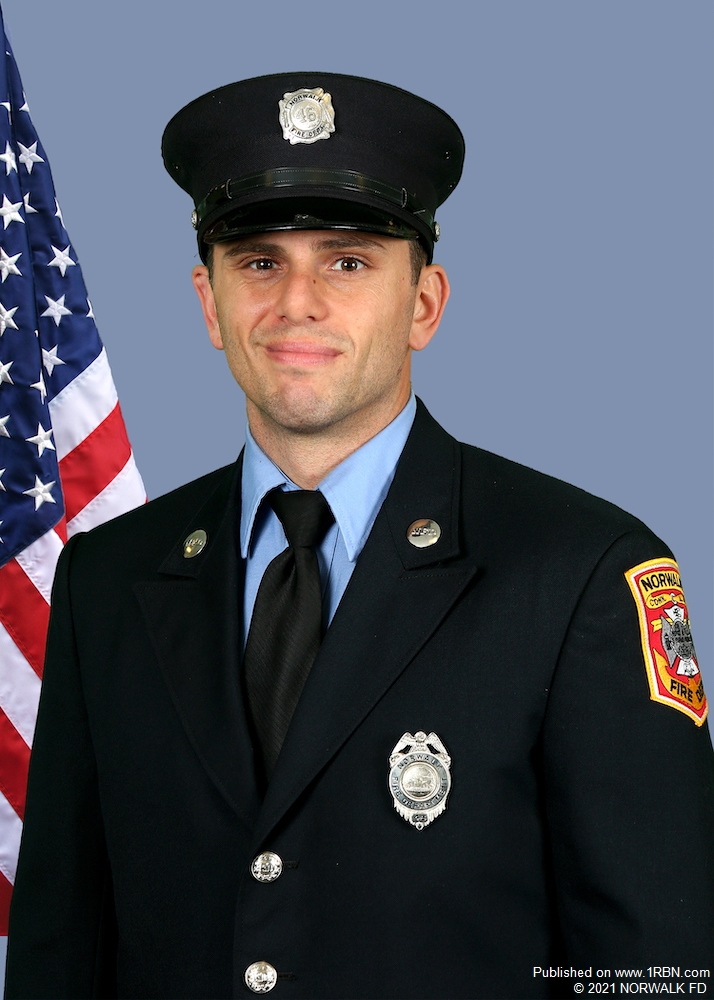 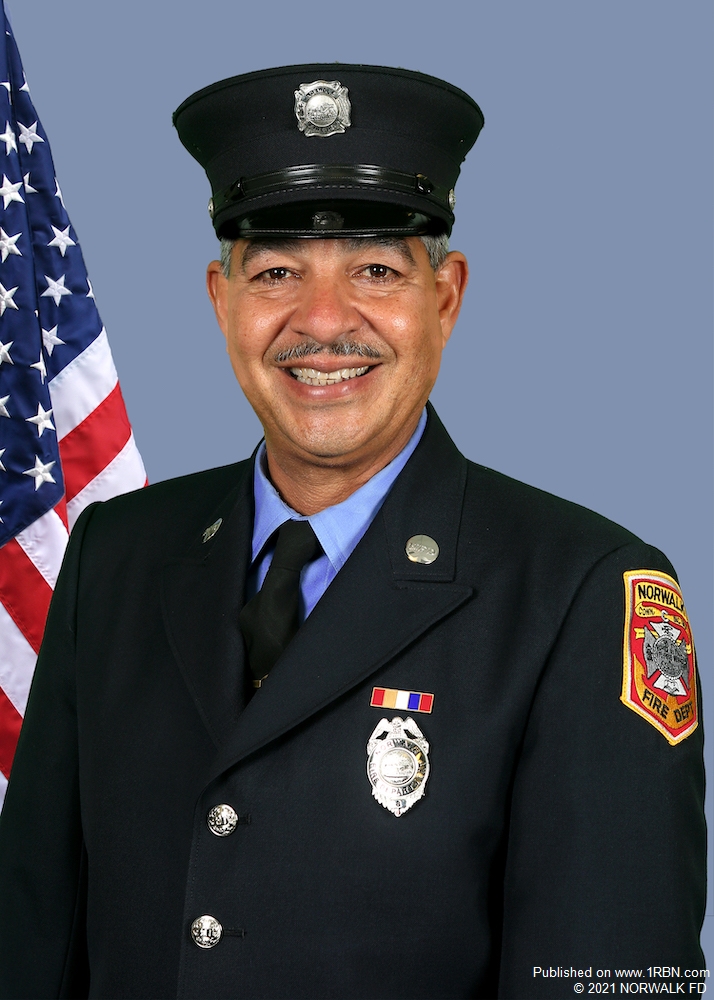 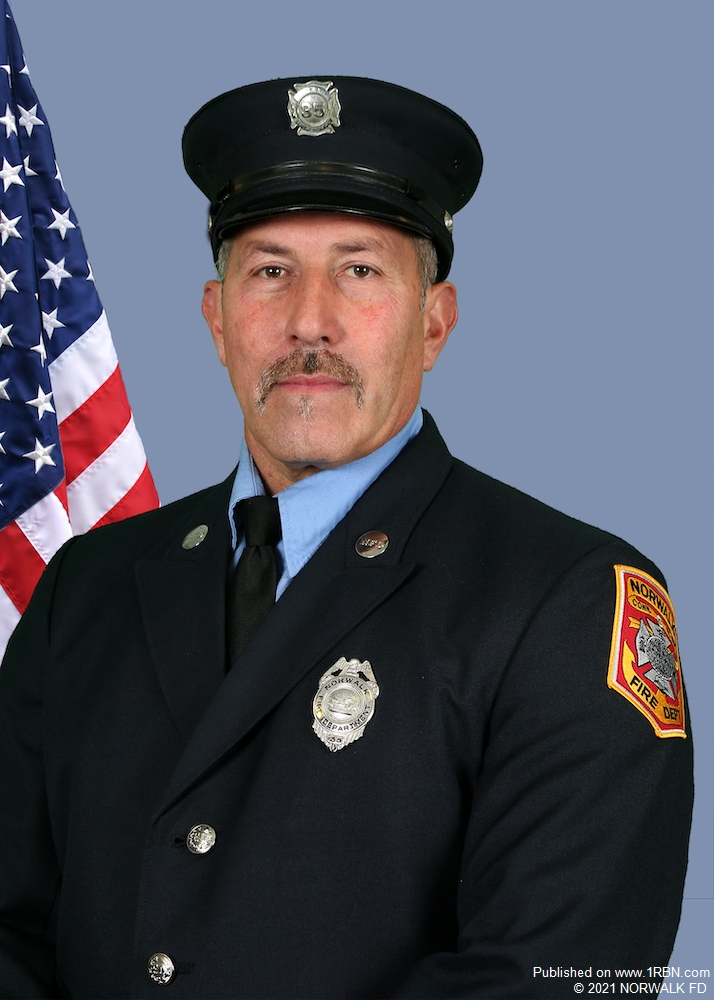 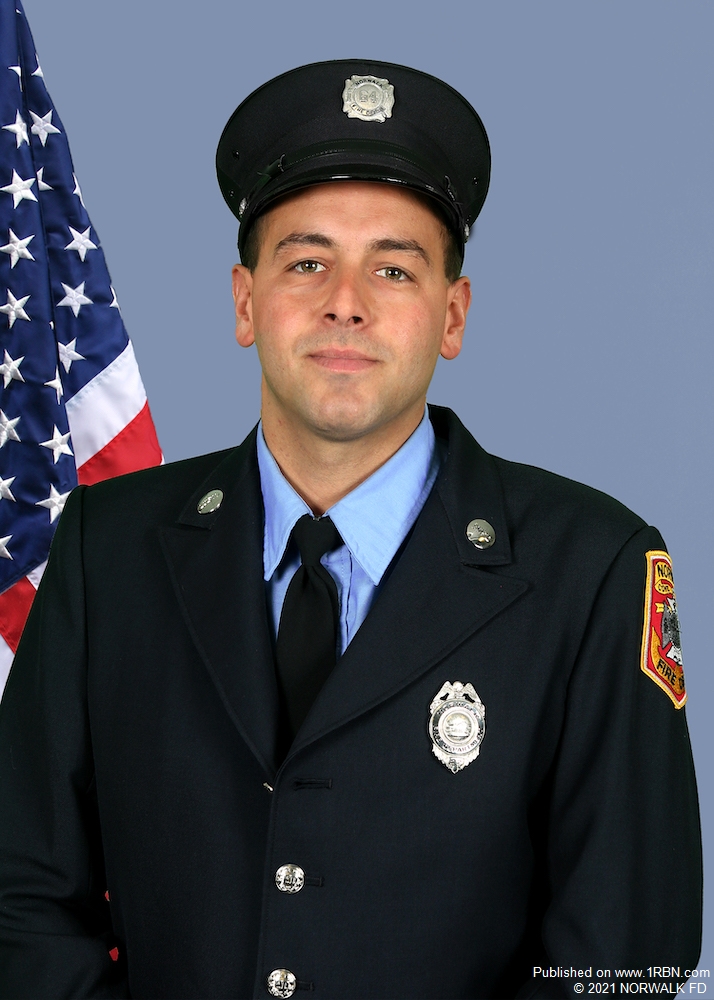 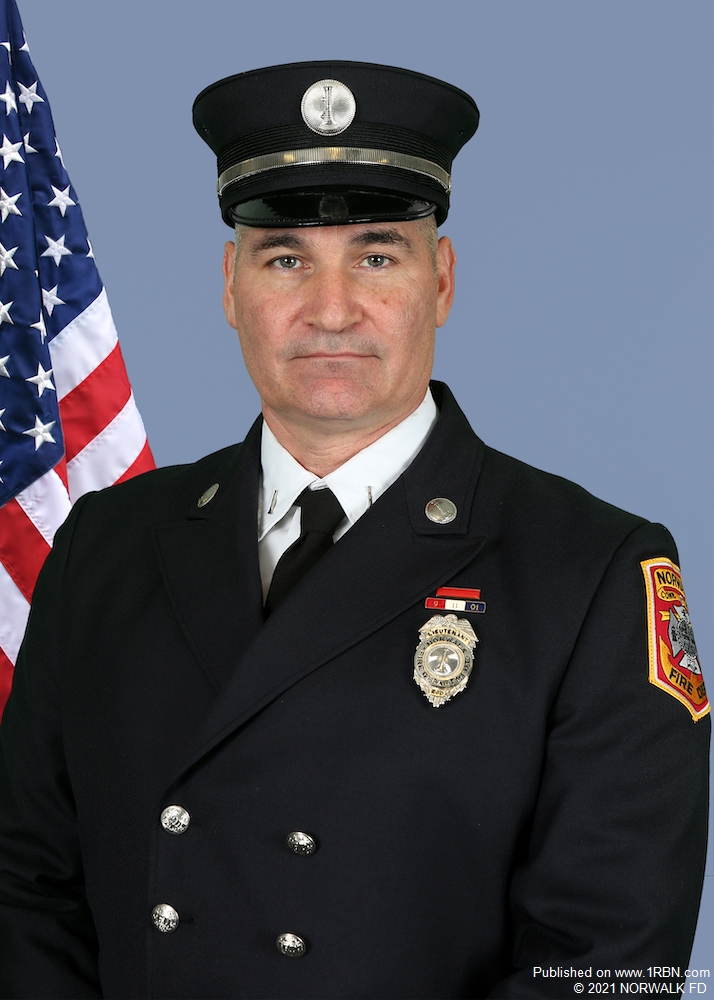 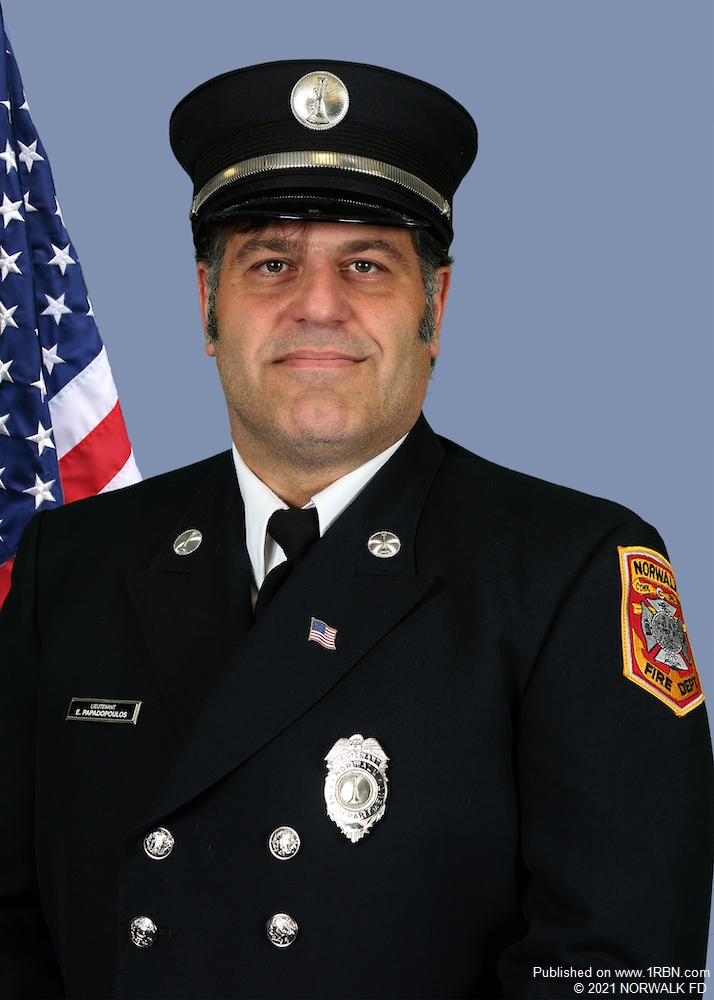 NORWALK, CT - The CT District Exchange Club hosted their annual Salute to CT’s Bravest, by honoring 24 firefighters from around the state of CT at the Aqua Turf Club in Southington, on October 21, 2021. Six Norwalk Firefighters were put forward by the Norwalk Exchange Club, for their efforts in rescuing six people in Long Island Sound, in two separate incidents, with the Departments Marine Division.

On April 18, 2021 Fireboat 238 responded to a report of two jet skis stranded approximately one-mile from Veteran’s Park. MU238 notified the Coast Guard that it had located two people on Goose Island, but there were too many rocks for the fireboat to safely approach the victims. Firefighter David Dustin donned a Mustang Ice Commander dry suit and swam about 150-yards to the island with the vessel’s tow line. Firefighter Dustin attached the tow line to one of the jet skis and assisted both of the operators onto the jet ski. MU238 crew pulled the jet ski out to deeper water, assisted the operators aboard MU238, and returned to pick up Firefighter Dustin. The two operators were showing signs of hypothermia. MU238 crew provided blankets and towels to warm the victims and brought them to Veteran’s Park for Norwalk Hospital Medics to evaluate.

The second incident occurred on July 28,2021, at 9:30 P.M. Fireboat 238 was dispatched to a cell phone call from four men whose boat capsized in the area of Grassy Island. Under a choppy sound and cloudy sky, the Firefighters spotted the four men clinging to the hull of the vessel, near Copps Island. Fireboat 238 skillfully maneuvered through the rocky coast of the Island to reach the men, as a Coast Guard vessel stood by. The men told the Firefighters that they had been in the water for over an hour and were grateful to be found. They were transported to Veterans Park where Norwalk Hospital Medics evaluated them.

The Norwalk FD operates two Fireboats 24/7, 365 days a year and is staffed by Firefighters of Engine Company 3 in East Norwalk. The Fireboats are docked at Veterans Park public docks.