One Dog Rescued, One Dog Dies in Norwalk House Fire 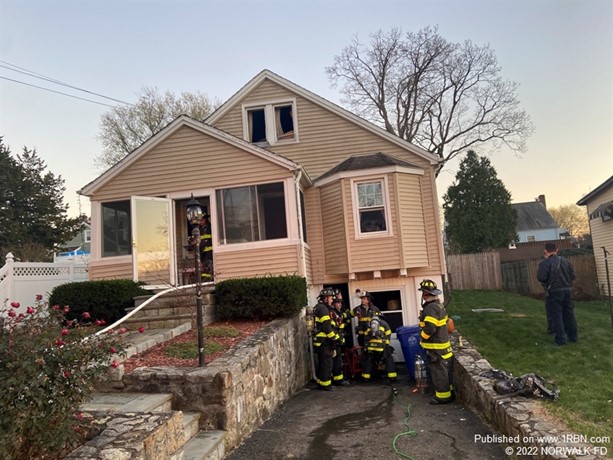 NORWALK, CT - Norwalk Fire responded to a house fire at 23 June Ave. at 1704 hours on November 22nd. Upon arrival there was smoke showing from the house on all floors. The fire started in the basement, which was converted to a living space. Neighbors informed firefighters that there were two dogs in the house. The owners of the home were not home at the time. Firefighters attacked the fire and searched for the dogs. They rescued one dog on the first floor. The second dog was found in the basement and firefighters tried to revive the dog, but were not successful. The house had heavy smoke and fire damage, and was posted unfit for occupancy. There were no other injuries. The fire is still under investigation.