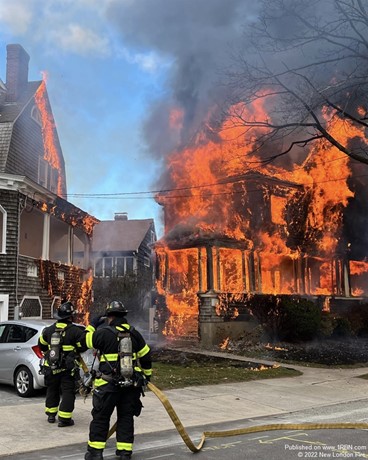 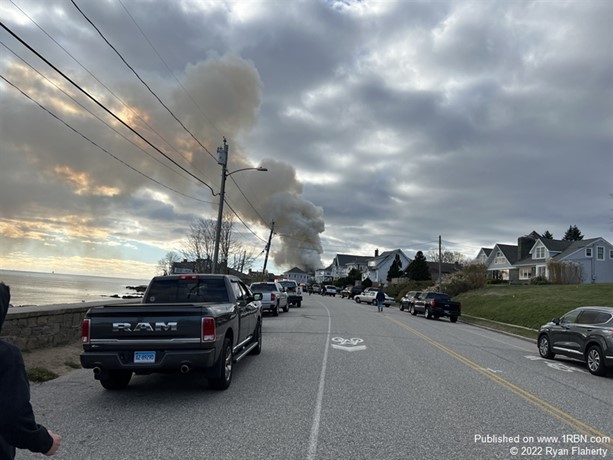 Photo by Ryan FlahertyA large header could be seen for miles. 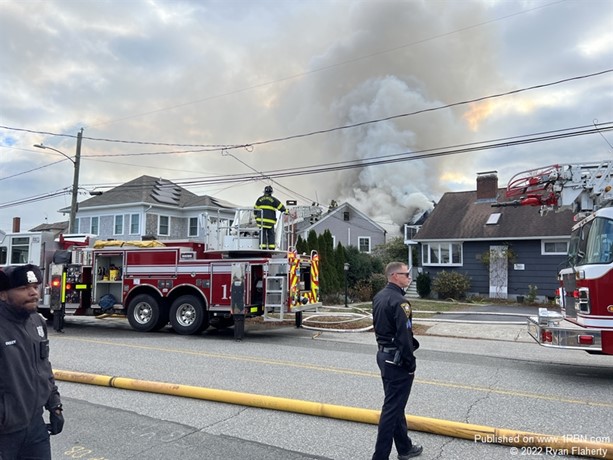 Photo by Ryan FlahertyWaterford Truck 15 set up on the Delta exposure. 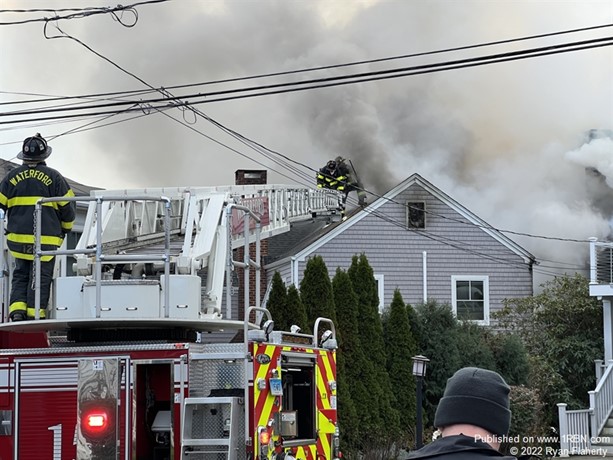 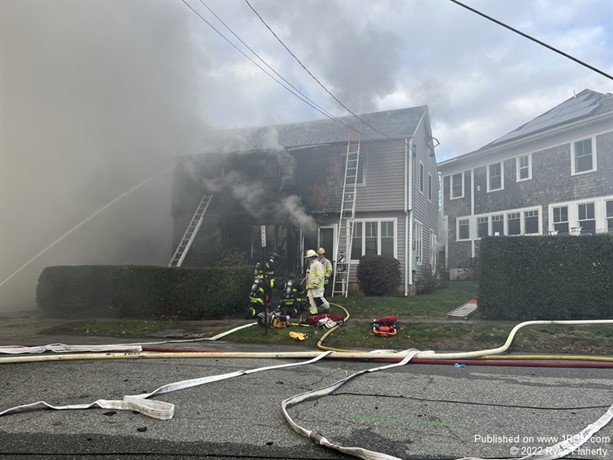 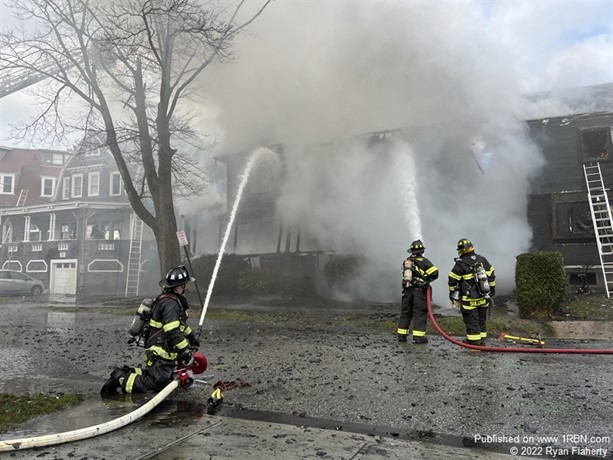 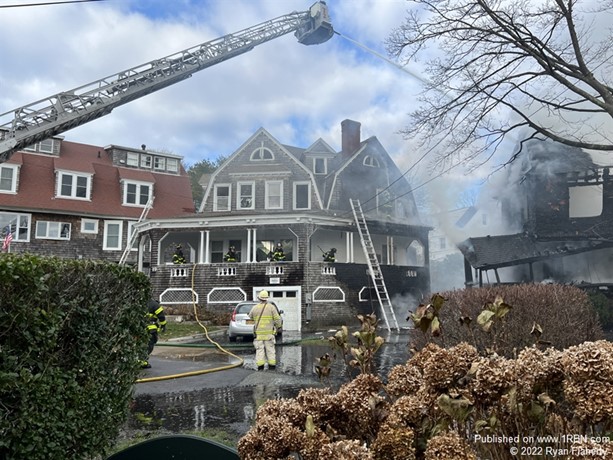 Photo by Ryan FlahertyBattalion 3 overseeing operations on the Bravo exposure which had fire that raced up the exterior and extended inside.

At 9:15 am on Monday, 11/21/2022 the New London Fire Department was dispatched to 11 Mott avenue for multiple calls of a house fire. A police officer arrived at 9:16 reporting the house was fully involved spreading to other homes. Car 1 transmitted the second alarm and requested Waterford Truck 15. Engine 4 (acting Engine 3) arrived at 9:18 saying they were leading off with the deck gun because they have two houses well involved and that power lines had already came down. Crews stretched multiple lines from Engine 4 into the delta exposure. Engine 4 had a hydrant feeding them from Neptune Avenue.

Engine 1 established a water supply from the hydrant on the corner of Mott & Elliot. Crews stretched multiple lines from this rig. Truck 2 set up between the main fire building and the Bravo exposure and put their ladder pipe to work knocking down a large volume of fire.

Police, public works and construction workers began knocking on doors to evacuate the neighboring homes. Command transmitted the third alarm at 9:22 reporting he had 3 homes involved. Command made a heads up play and special called New London personnel that were in a class at Ocean Beach.

Waterford Truck 15 set up on Neptune Avenue and stretched a line to the rear where the exterior of a fourth house had also caught fire. Engine 11’s crew ascended 15’s aerial and cut the roof on the Delta Exposure which had 2 floors of fire.

Crews went offensive on the Bravo, Charlie and Delta exposures to stop the fire. The Bravo and Charlie exposures are certainly savable which is impressive considering the windy conditions from Long Island Sound today. One firefighter was transported for an injury and the New London Fire Marshal’s Office is investigating.