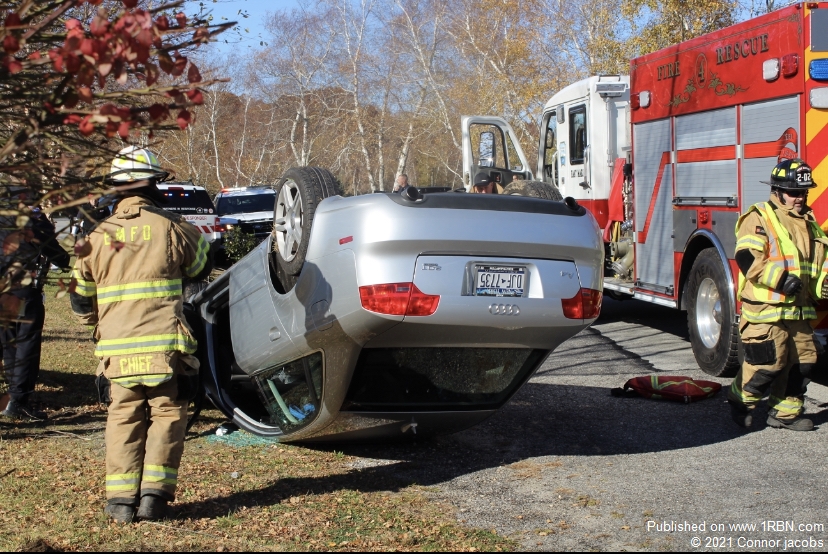 Photo by Connor jacobs Car on its roof with driver trapped 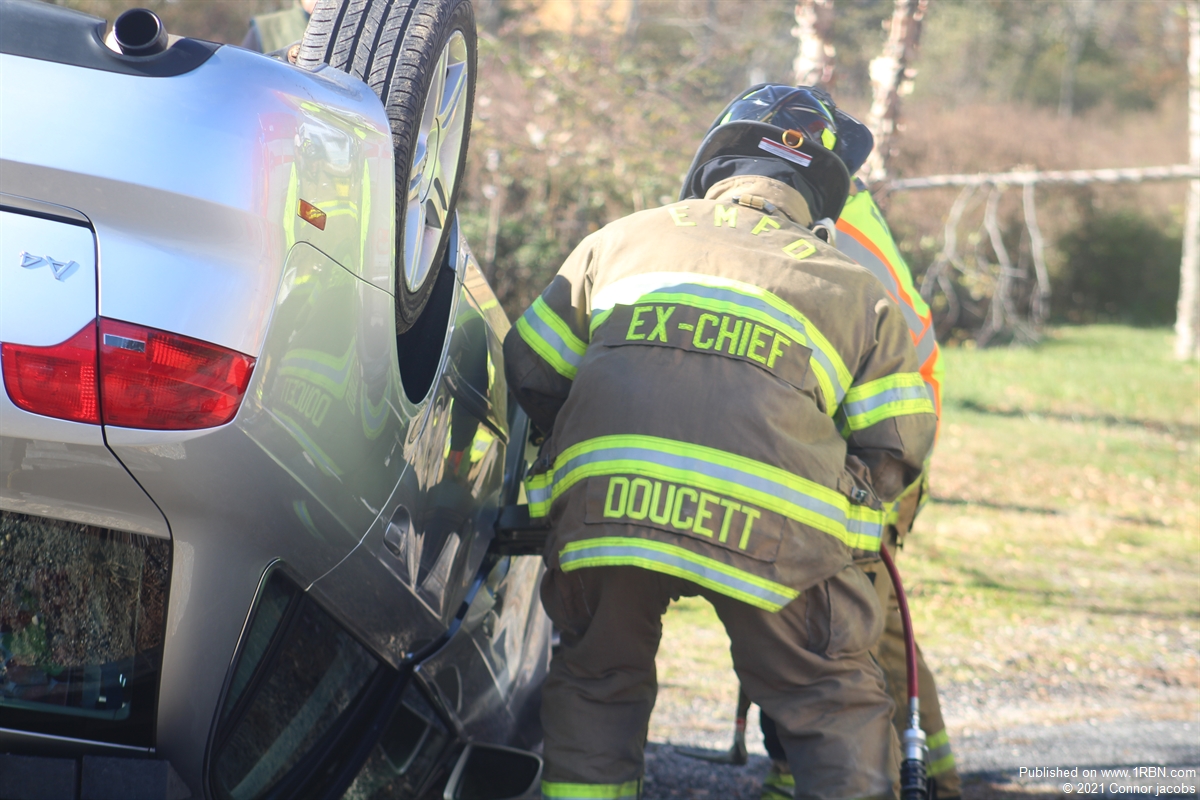 EAST MARION, NY - At approximately 11:21 A.M. on Saturday, November 20th, the East Marion FD was activated for a MVA on the Long Way and Main Road. Chief Ryan D. Weingart arrived on scene and found a single-car MVA, with the vehicle on its roof and one person still inside.

Rescue/Engine 4 (8-2-4), the first truck on the road, was advised to pull up to the scene, get the Hurst Tools out and help stabilize the patient. Firefighters worked quickly to get the patient out and into the ambulance. Chief Weingart then radioed back to FireCom asking for aviation from the Suffolk County Police Department to transport the patient to the hospital, and asked for Orient FD to stand by at the landing zone.

The patient was transported to Stony Brook University Hospital with unknown injuries. All units that responded to the call were back in service within one hour of activation.