One Person Transported from Colchester Second-Alarm 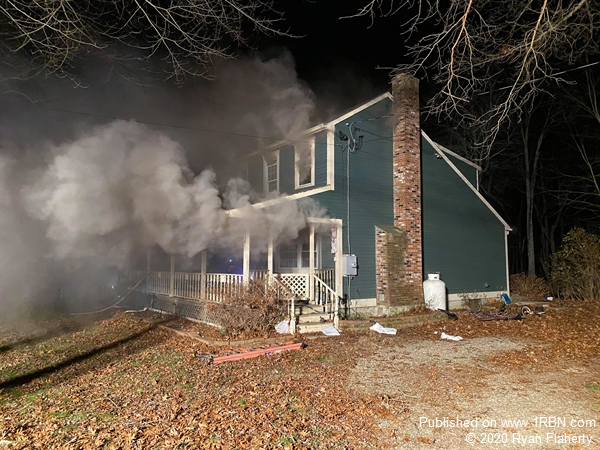 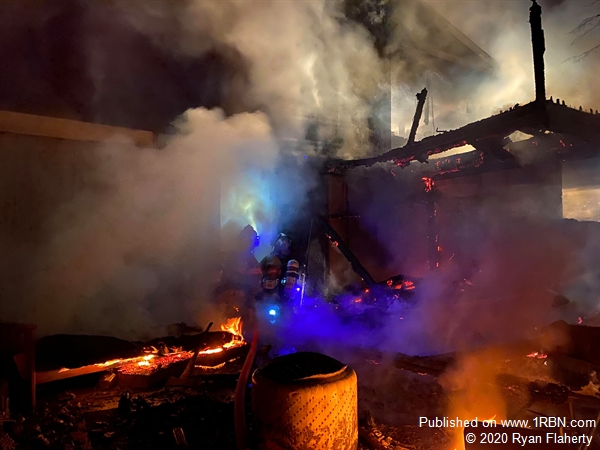 Photo by Ryan FlahertyColchester Capt. Papp and FF Maynard entering the basement that was well involved. 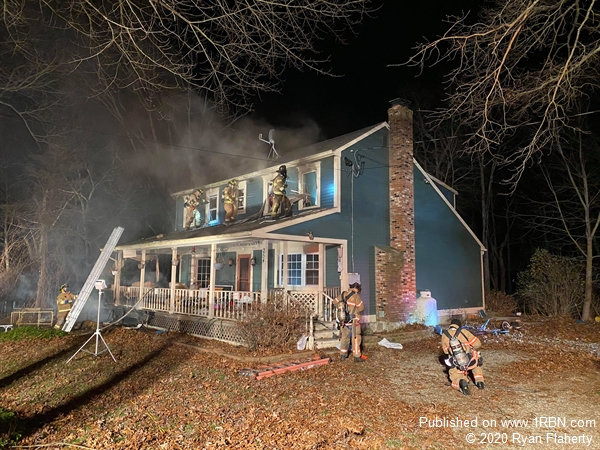 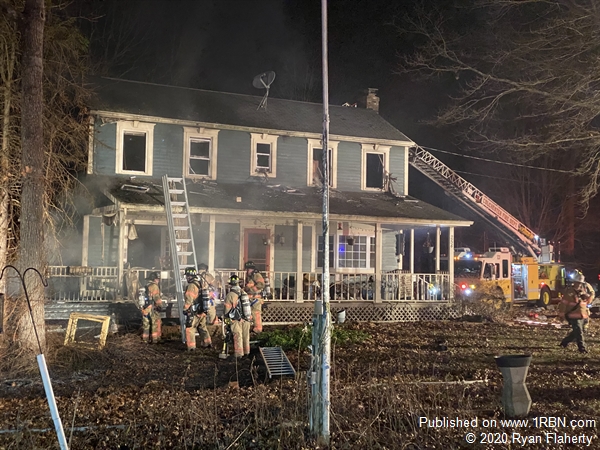 Photo by Ryan FlahertyLadder 128 a 1996 Simon Duplex set up on the delta side. 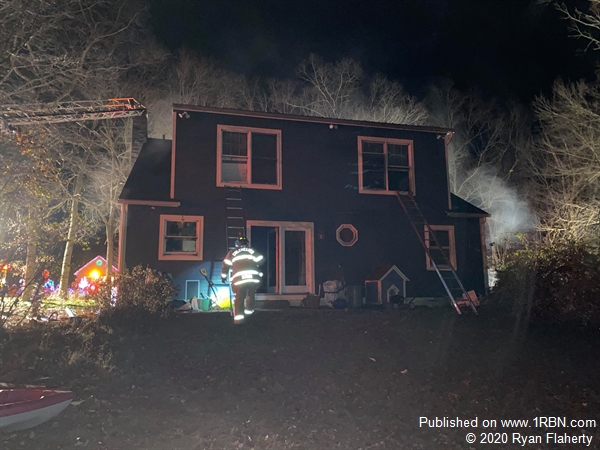 Colchester, CT - At 5:34 P.M. on Saturday, November 21st, the Colchester and Gardner Lake Fire Departments with the Yantic FAST were dispatched to 254 Buckley Road for a house fire.

Engine 127 arrived at 5:46 P.M. reporting fire showing from the 'Bravo' side of a two-story wood-frame residence. Engine 127 stretched a one-and-three-quarter inch hose line to the 'Alpha/Bravo' corner and darkened down the fire that was venting from the basement through the front porch extending all the way to the roofline.

Gardner Lake’s second hose line went through the front door into the first floor. Tanker 127 pulled up behind their engine and nursed them, allowing the guys to make an interior attack. Colchester Engine 128 arrived at 5:48 P.M. and stretched a two-inch hose line into the walk-out basement on the 'Bravo' side where crews encountered a large volume of fire.

Tanker 128 arrived next and tied into their engine. Rescue 127 lit up the scene with their light tower and filled SCBA cylinders with their cascade system. Ladder 128 arrived at 5:57 P.M. and set up in the driveway on the 'Delta' side.

Crews worked the fire for about 45 minutes before placing it under control. A second-alarm with level 1 Tankers was requested, which brought assistance from Bozrah, Oakdale, Lebanon and Hebron. Ambulance 527 transported one patient with smoke inhalation to Backus Hospital. The Marlborough and East Hampton Fire Departments covered Colchester’s stations, and the Colchester Fire Marshal’s Office is investigating.