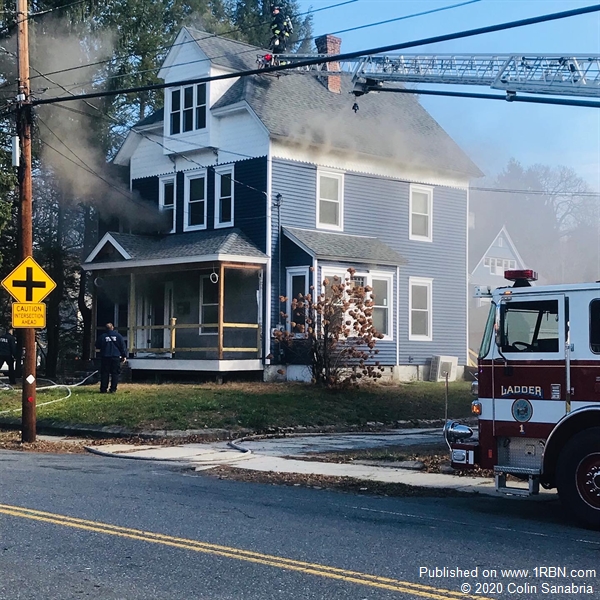 Photo by Colin SanabriaSmoke pushes from the house shortly after arrival of the LFD. 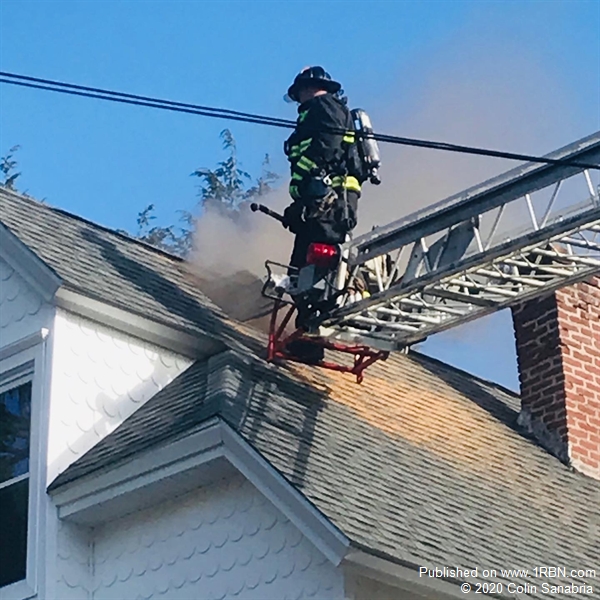 Leominster, MA - At approximately 11:30 A.M. on Saturday, November 21st, Leominster Fire was dispatched to 65 Washington Street for the reported building fire. Heavy smoke was showing from the two-and-a-half story wood-frame upon arrival of first due companies. A working fire was struck by Deputy Cordio, bringing mutual aid from Fitchburg and Shirley to the fire, and coverage to the city. Engine 4 stretched a line and encountered heavy fire in the basement, however the fire was knocked down quickly with some extension to the first floor. Several cats were rescued, but did not survive despite resuscitation efforts by off-duty firefighters.