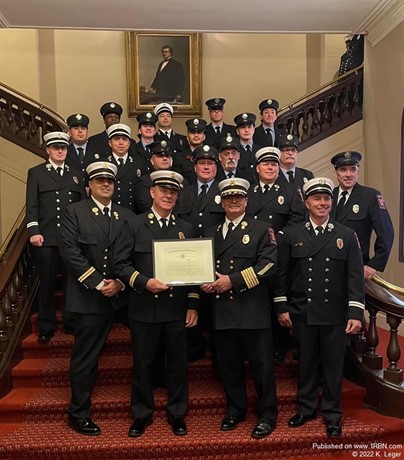 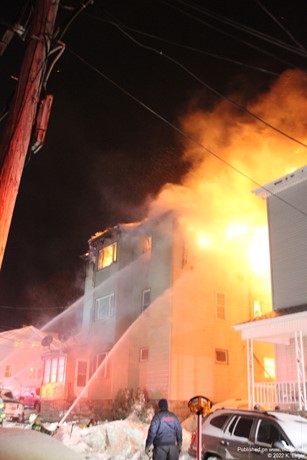 Photo by K. LegerConditions at the height of the fire

Fall River, Ma. On Friday November 18th. an entire shift of Fall River firefighters made their way to Mechanics Hall in Worcester, Ma. for the 33rd annual Firefighter of the Year award ceremony. The members were being recognized for their efforts fighting a multiple alarm fire in a blizzard with sub freezing temperatures. On January 29th firefighters arrived to a working fire in a three decker with a street that was completely impassable due to drifting snow and illegally parked vehicles. The original fire building was completely destroyed but the efforts of the firefighters saved the neighborhood.