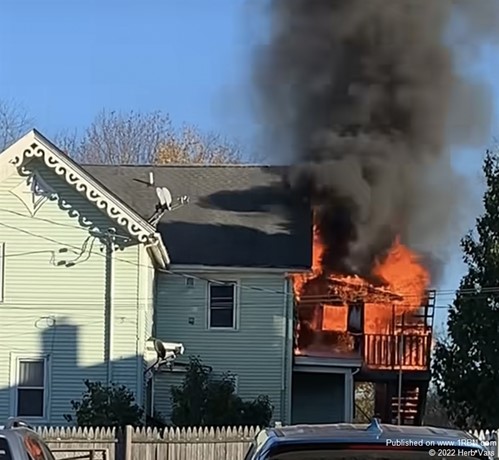 Photo by Herb VarsThe fire quickly consumed the rear porch and extended into the second and third floor. 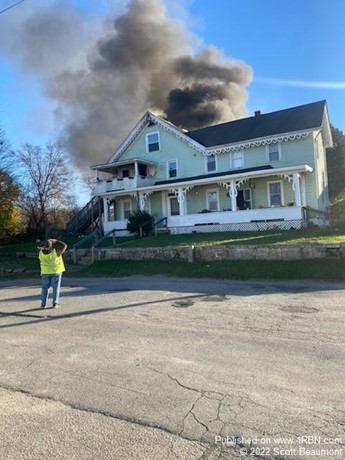 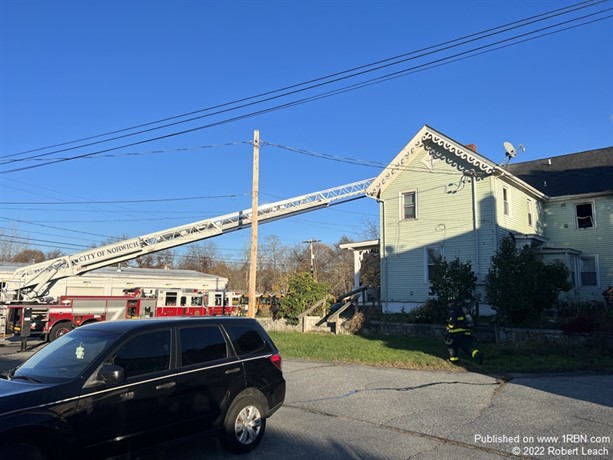 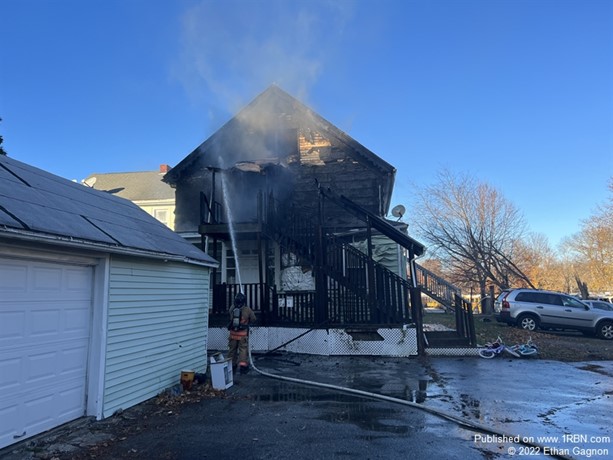 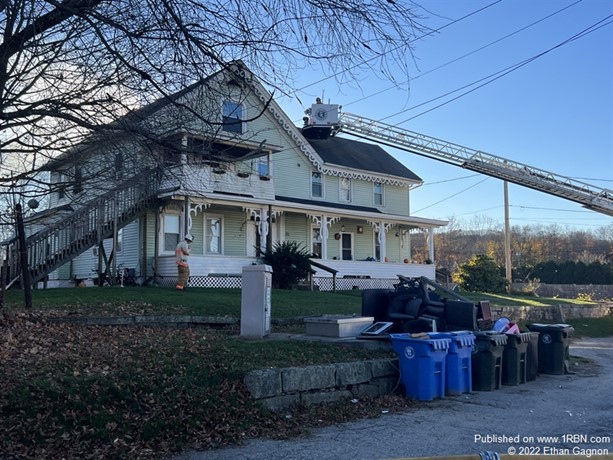 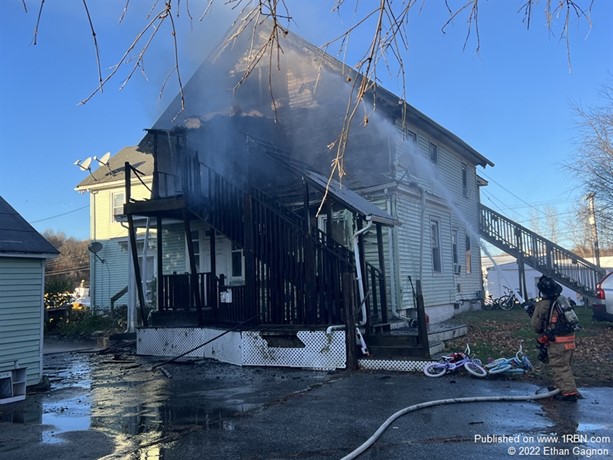 Photo by Ethan GagnonCar 10 washing down the rear. 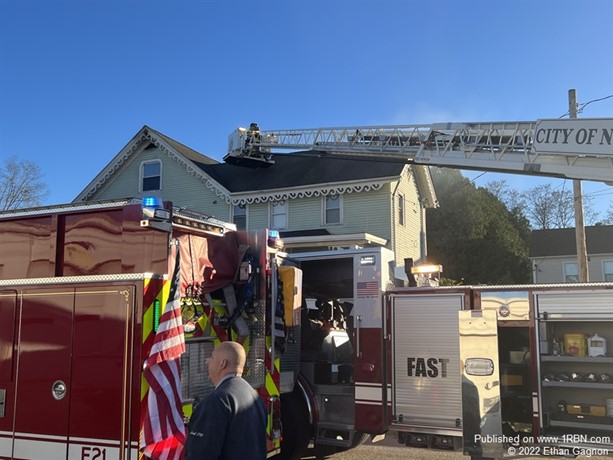 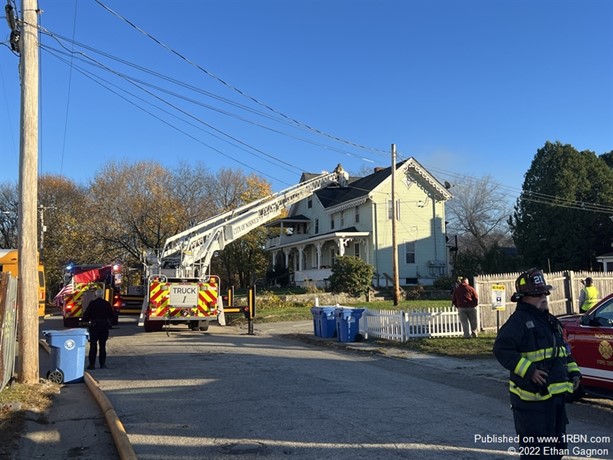 Photo by Ethan GagnonTruck 1 set up on the Alpha/Delta Corner.

TAFTVILLE, CT - At 3:08 P.M. on Tuesday, November 8th, the Taftville Fire Department with automatic aid from Norwich Engine 2, Truck 1, Occum Engine 41, Yantic Engines 31, 33 and Rescue 3 with the Mohegan Tribal FAST were dispatched to Bolduc Lane for a house fire.

Car 29 quickly signed on saying he had a header in the sky and recommended for Engine 2 to lay a supply line from the hydrant at the corner on their way in. A fire marshal was doing an inspection a block away and reported heavy fire from the rear of the second floor, extending into the attic of a two-and-a-half story wood-frame multi-family residence.

Engine 2 arrived at 3:13 P.M. laying a five-inch line down the side of Bolduc Lane. Engine 2 then stretched a one-and-three-quarter inch hose line to the rear where they knocked heavy fire conditions from the exterior on the second and third floor.

Engine 21 stretched a one-and-three-quarter inch hose line up the front stairs into the second and third floor where they found fire running the walls and attic. Two members of the truck crew performed the primary search and then opened up while truck driver flew the stick to the roof and prepared for ventilation.

Engines 31 and 33 threw ladders and overhauled the rear of the home. Car 29 had command while Battalion 1 was operations. The American Red Cross was called to assist nine people that were displaced. American Ambulance provided standby coverage and the Norwich Fire Marshal’s Office is investigating.