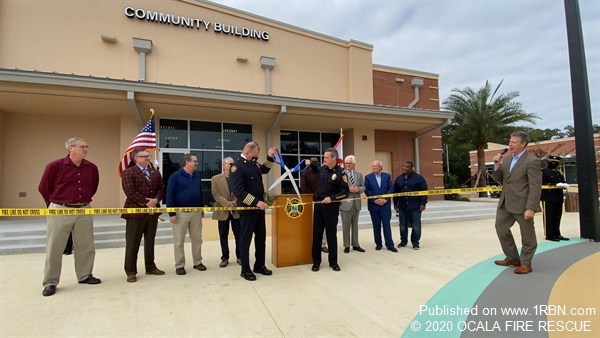 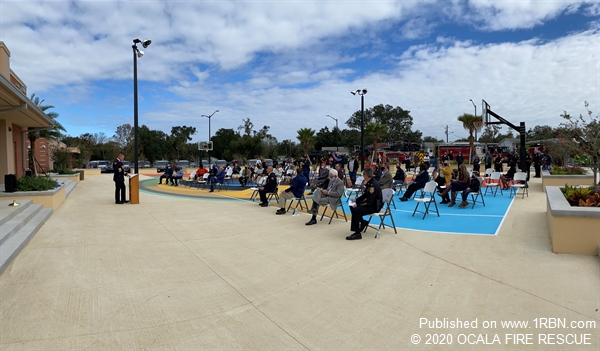 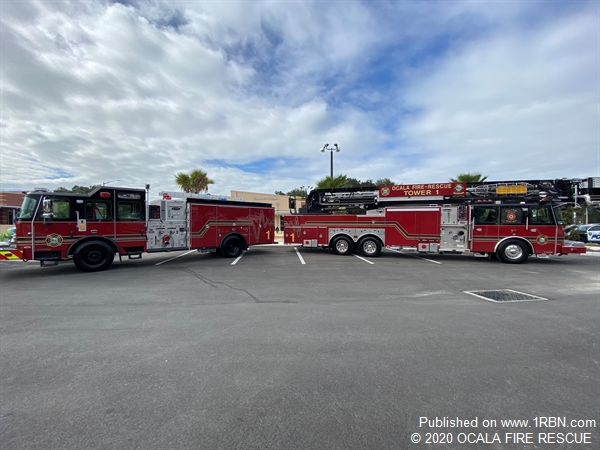 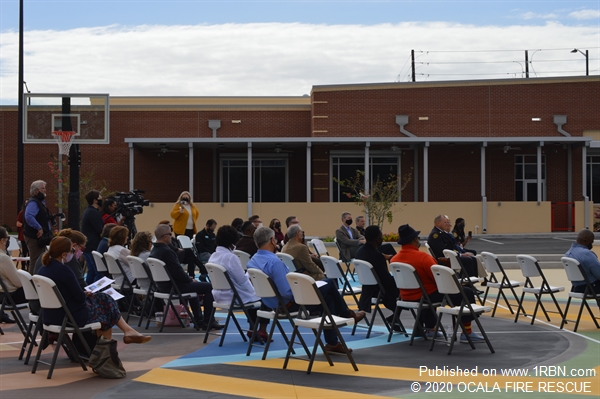 The ceremony marked the opening of the project that broke ground in December of 2019. The campus, made possible through the one percent Public Safety and Transportation Infrastructure Sales Tax, encompasses OFR's administration, OFR's Station #1, an OPD substation, a basketball court, a community room, and the Ocala Fire Museum.

"This is not a typical government building," said Ocala Fire Chief Shane Alexander. "This campus is a catalytic project meant to serve as common grounds where residents and public safety personnel can interact freely, safely, and in a familiar manner."