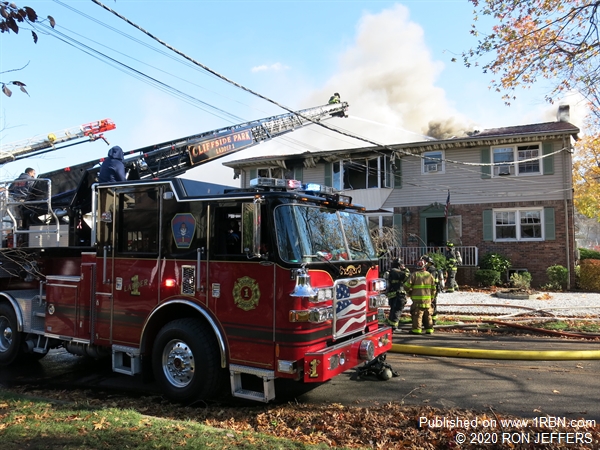 Photo by RON JEFFERSFlames raced up the rear wall and consumed the top floor of this Walnut Street dwelling, in Ridgefield, on November 16th, causing a mutual aid 2nd alarm. 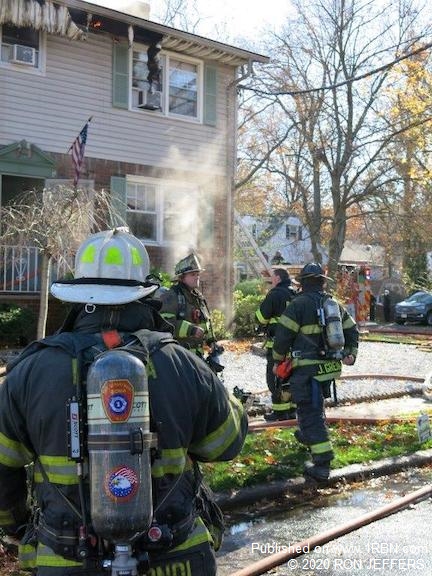 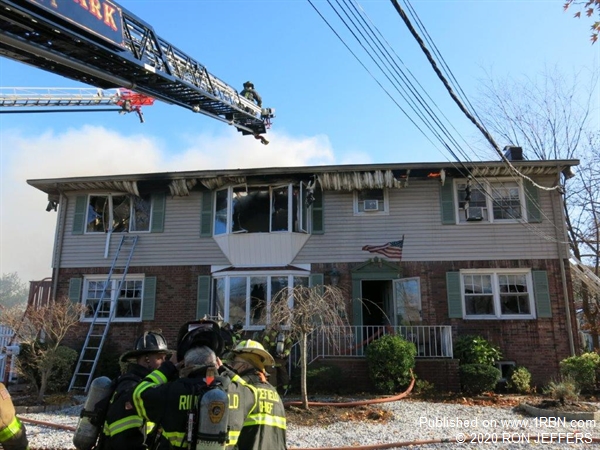 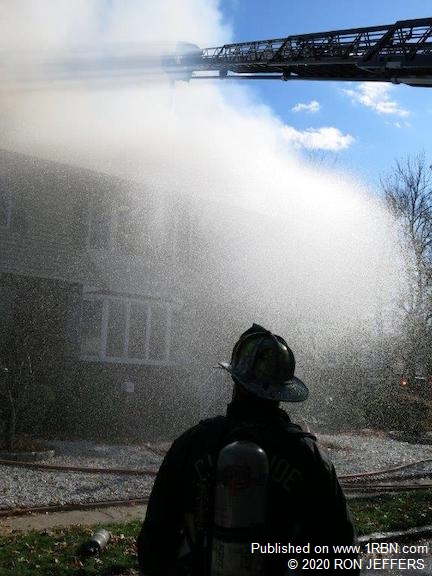 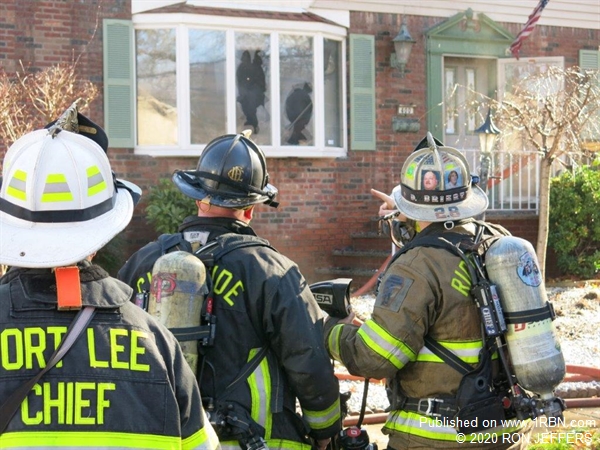 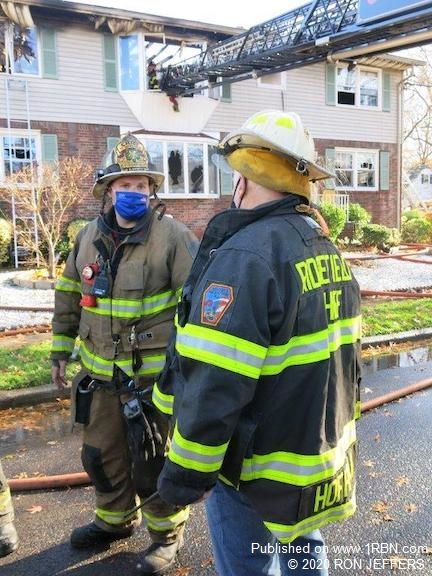 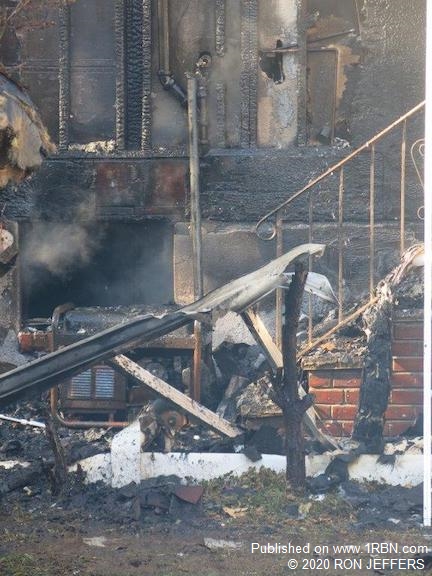 Ridgefield, NJ - After an evening of rain and very high winds that caused numerous trees, branches and power lines to fall on November 15th, volunteer firefighters were back at work again when fire raced through a dwelling on the following afternoon.

Shortly after noon on November 16th, firefighters were dispatched to a reported dwelling fire on Walnut Street. Fire was racing through the two-story home when they arrived.

On the initial alarm, Cliffside Park Ladder 1 was dispatched as the FAST team. Cliffside Park Chief Greg Yfantis radioed to his truck that they would be going to work upon arrival.

The fire was well advanced on arrival, according to Ridgefield Chief of Department Dave Brierty.

From preliminary observations by firefighters, the fire may have started by a generator located at the rear of the home. There was a “V” pattern from the generator. Flames both entered the home and extended up the rear wall and into the cockloft, involving the roof.

As Ladder 1 members operated on the roof, ex-chief James Giunchini radioed command that the roof was getting “spongy”, and they were getting off same. Chief Brierty ordered members to evacuate the building and struck a second-alarm. This alarm included fire companies from Palisades Park, Leonia, Fairview and Fort Lee to the scene.

Flames were knocked down with extensive overhaul to be accomplished. The multiple-alarm fire was declared under control by Chief Brierty shortly before 2:00 P.M.

Police reported that all occupants were accounted for, and there were no reported injuries.