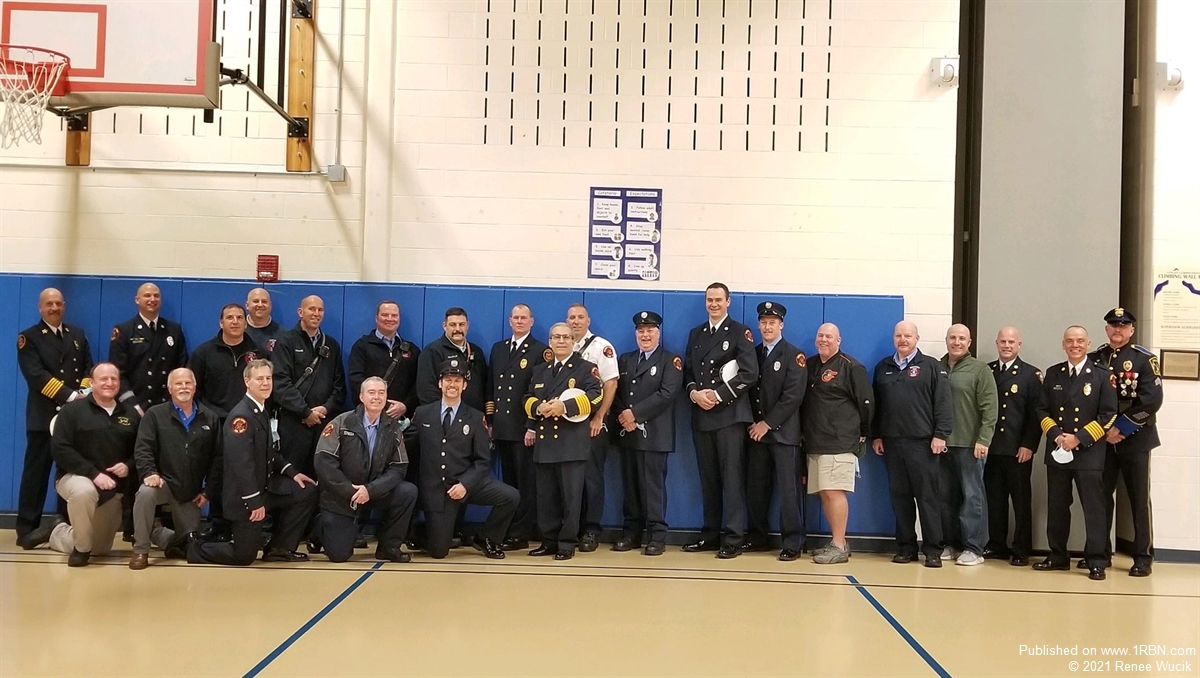 Photo by Renee WucikRetired and current members of Local 892 came out to show support for Chief Wucik. 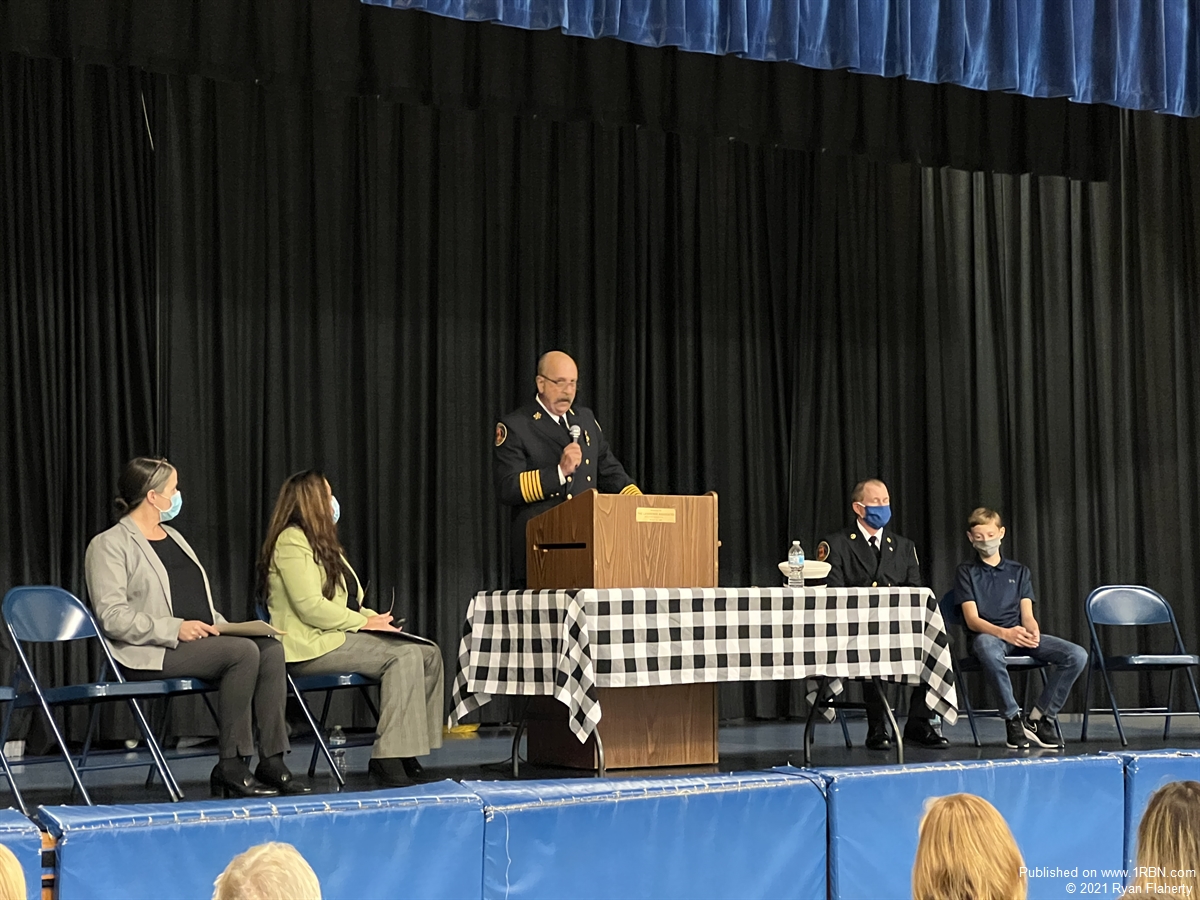 Photo by Ryan FlahertyChief Casey speaking about some experiences with his successor. 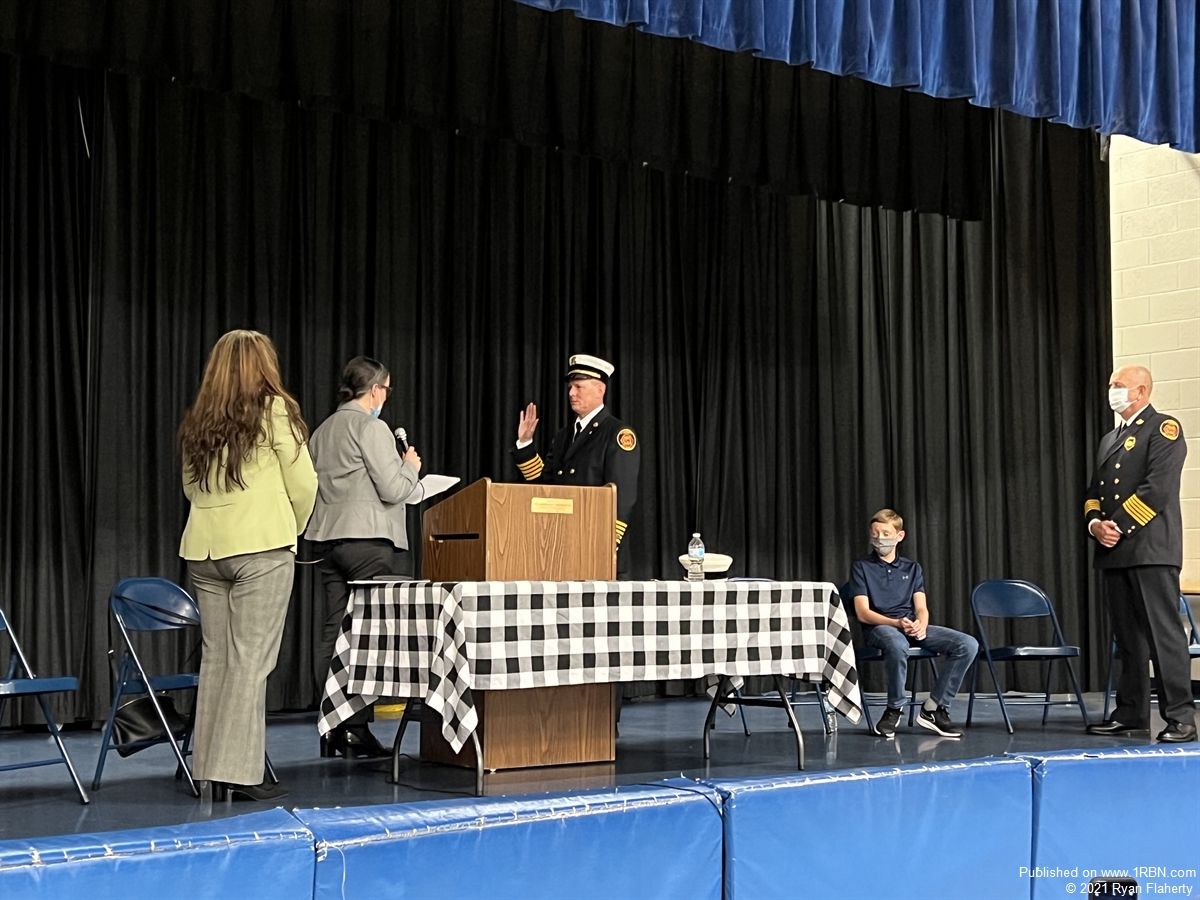 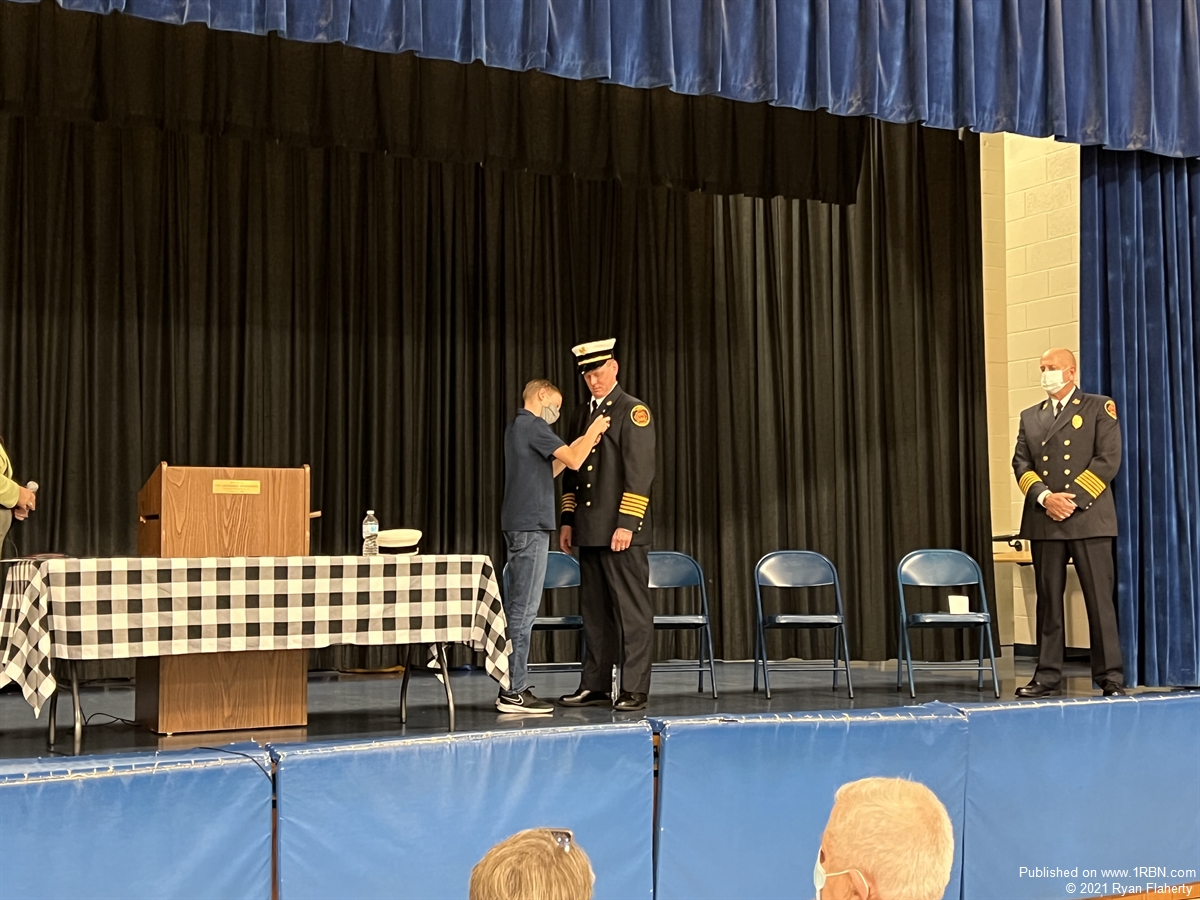 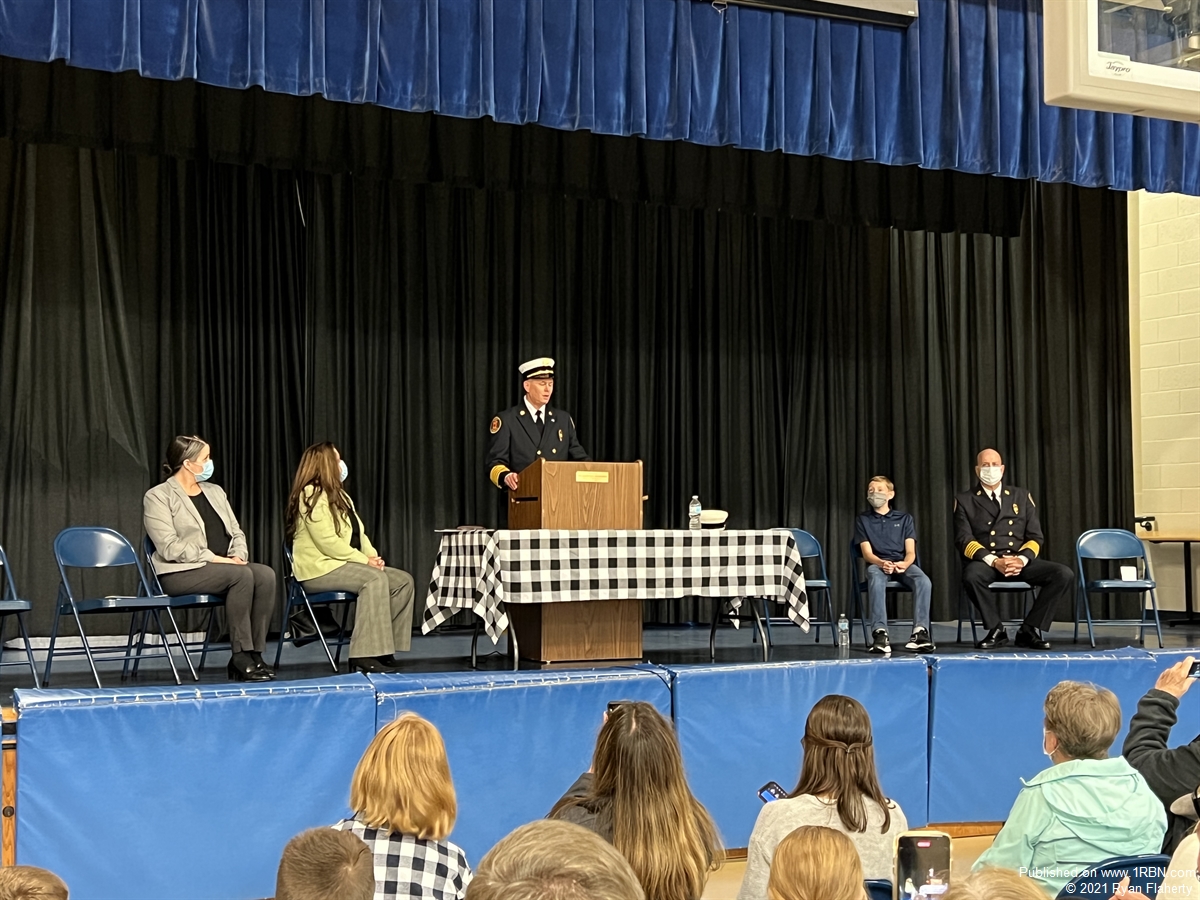 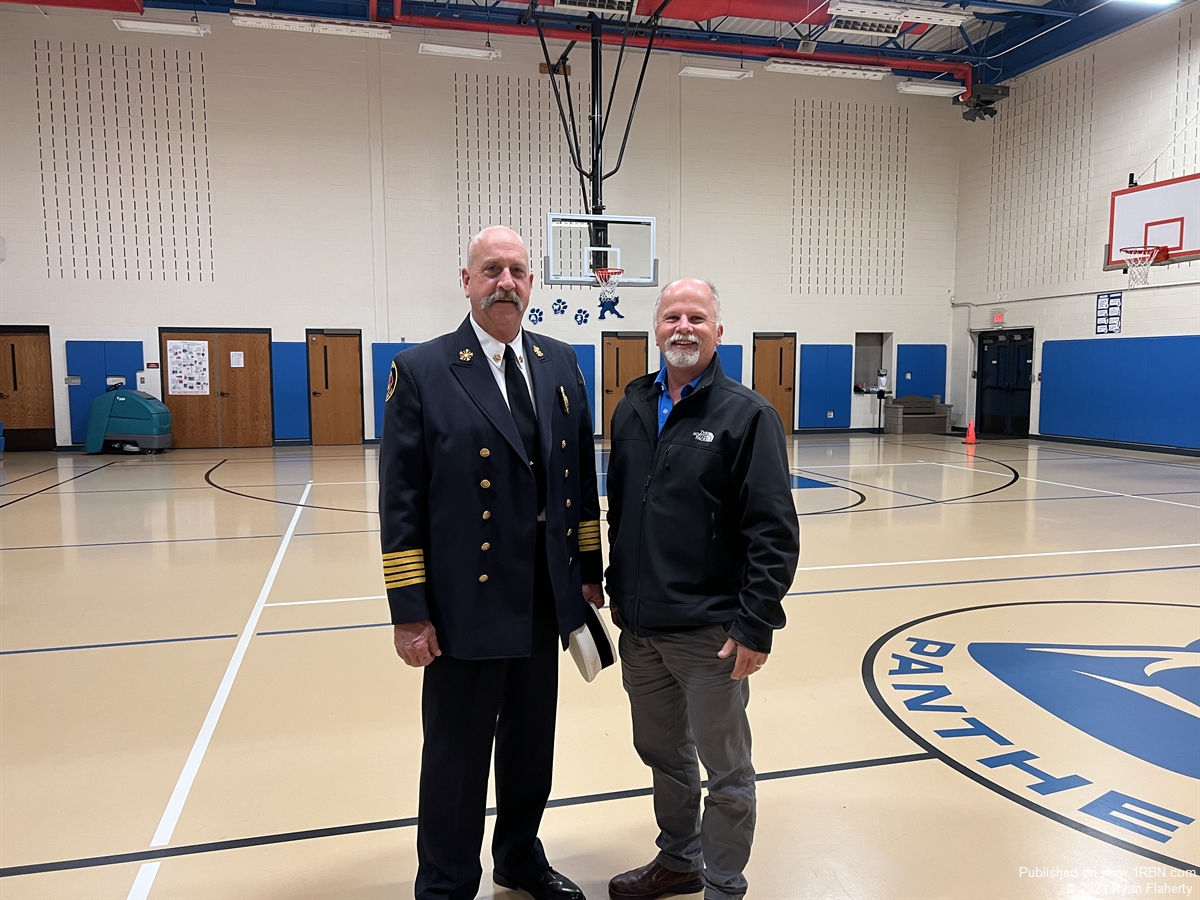 PRESTON, CT - At 4:00 P.M. on Friday, November 12th, the Town of Preston held a badge pinning ceremony at the Preston Veterans Memorial School for their newly hired Fire Chief, Keith Wucik. Chief Wucik will succeed Chief Tom Casey, who formerly retired as the Deputy Chief of Norwich and is now retiring from Preston. Wucik is a lifelong resident of Preston, and is where he started as a volunteer firefighter in 1987 with the Poquetanuck Fire Department. Wucik got hired by the City of Norwich Fire Department in March of 1998 and is now retiring as a battalion chief. He was the acting fire chief in Norwich from August 2019 to September 2020 while Norwich Fire Chief Tracy Montoya was on active military leave. Chief Wucik has always been a solid officer on the fire ground, and we look forward to still working with you in the future.