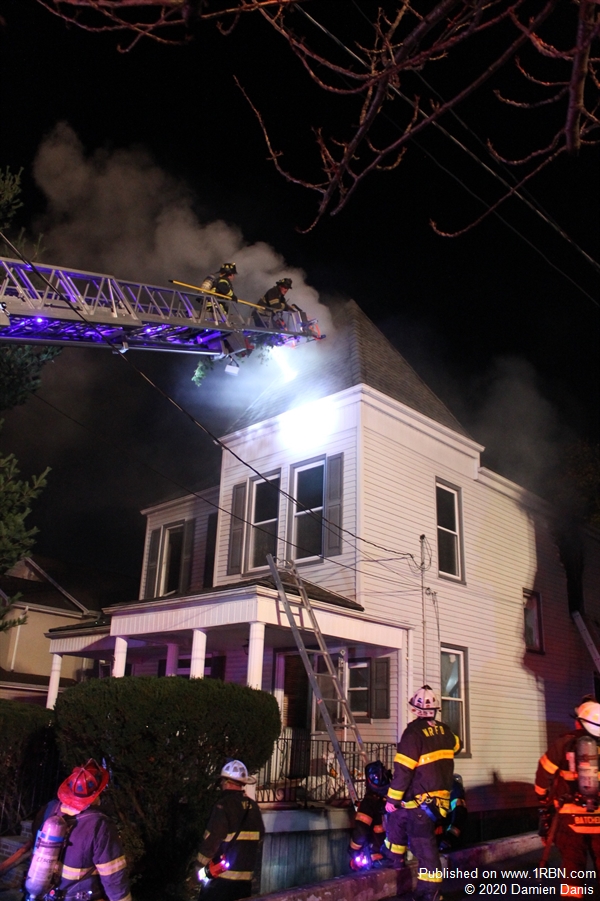 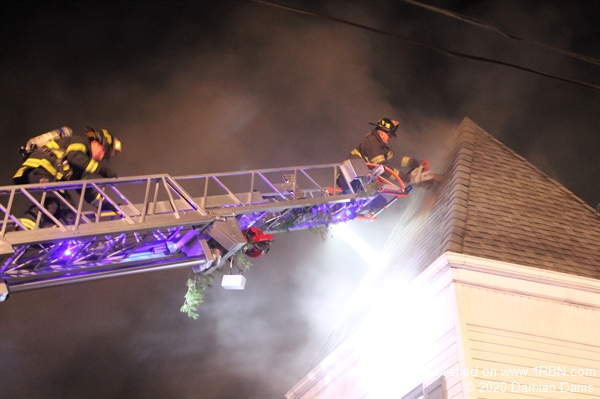 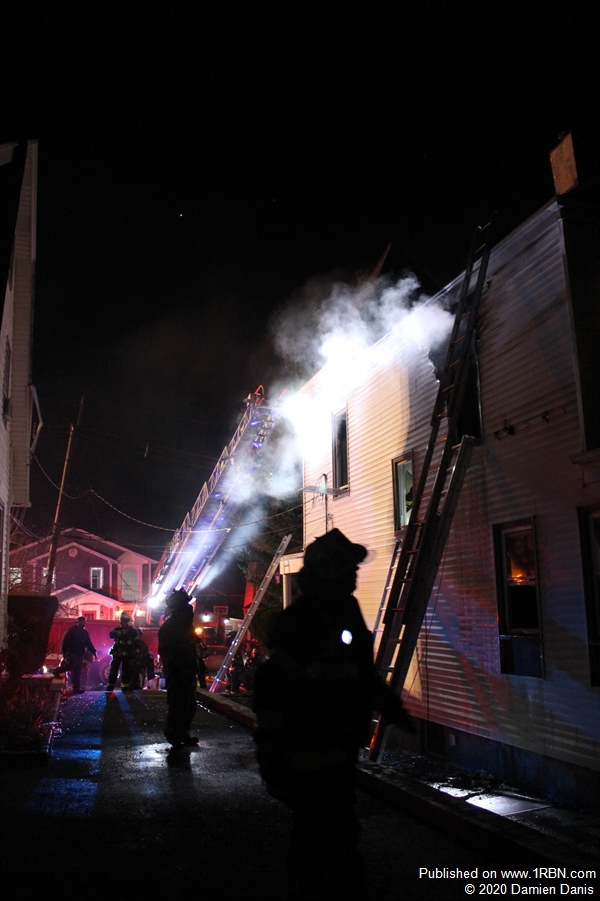 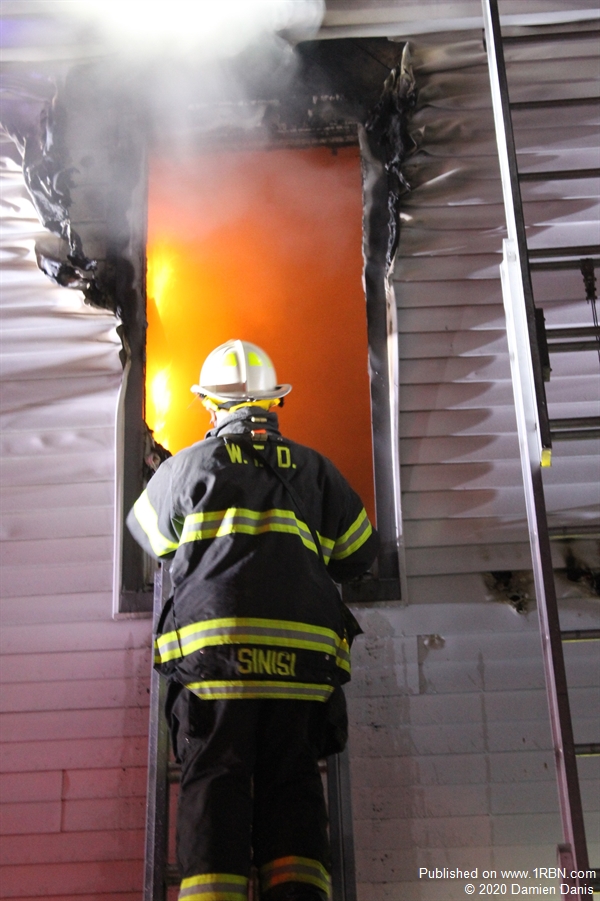 The twoalarm blaze broke out on the second floor of a unoccupied, 2½-story home in Hasbrouck Heights on the evening of November 16th Shortly after 7 p.m. companies were dispatched to 312 Henry Street on smoke coming from a home . Police officers arrived and confirmed a working fire. Visiable fire venting out second floor windows greeted first due units. A second alarm was struck bringing mutual aid companies from Little Ferry, Wood-Ridge, Moonachie, South Hackensack and Wallington to the scene. Firefighters had the fire knocked down in under an hour . A third alarm brought companies to cover the borough at fire headquaters.

One firefighter injury occured when he fell through the second floor suffering minor injuries . Additional mutual aid covering came from Carlstadt, Lodi, Garfield and others. The cause wasn't immediately determined.