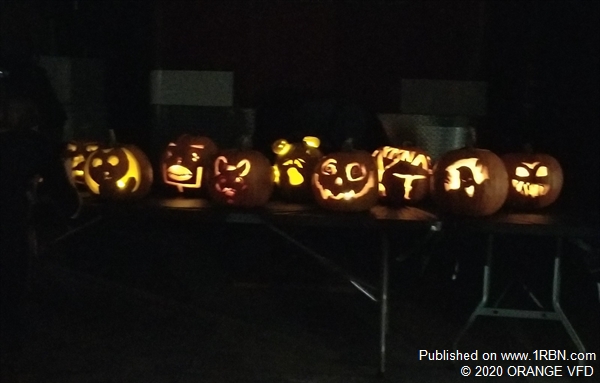 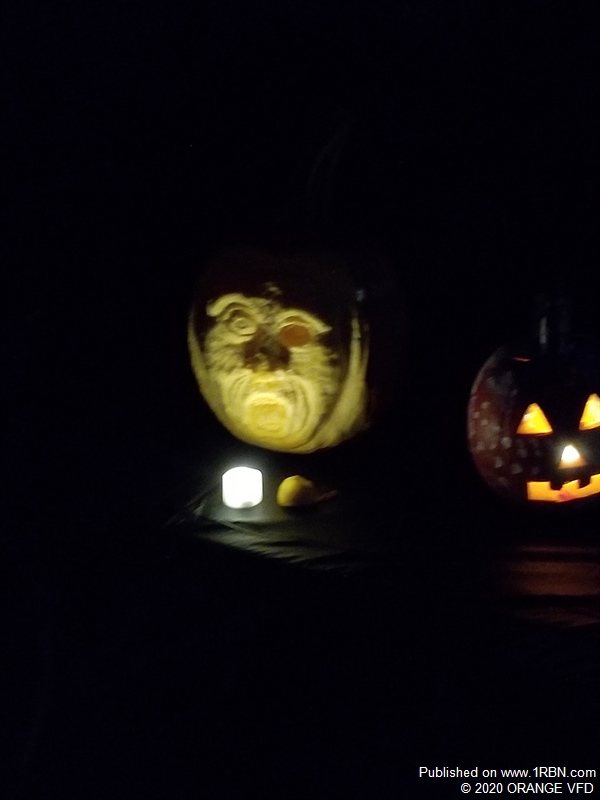 Adria Boyle won the top prize. She carved the face into the surface of the pumpkin. And just to make it just a little more Halloween-scary, the missing eye – a chunk of stringy pumpkin – sits on the bench in front of the winning gourd.

Winners received a certificate…and had fun.

“We created this contest to give people a little extra fun during a Halloween season during which the nouveau coronoavirus prevented a lot of traditional activities,” said Rob Panapada, the Orange firefighter who created and coordinated the program. “All the participants said they had a good time. We hope the Orange Pumpkin Blaze will become a new Orange tradition.”

About the Orange Volunteer Fire Association

Operating strictly with revenues from fund-raisers and donations, the Orange Volunteer Fire Department is one of the remaining few all-volunteer incorporated fire departments in Connecticut. Active members are on-call to serve the community on a 24-hour/seven-day basis, responding from stations on Orange Center Road and Boston Post Road.

In addition, the fire company offers public education services including lectures, demonstrations and training. For information about membership, donations or public education, call (203) 891-4703, click on https://www.orangevfd.org/ or find us on Facebook.