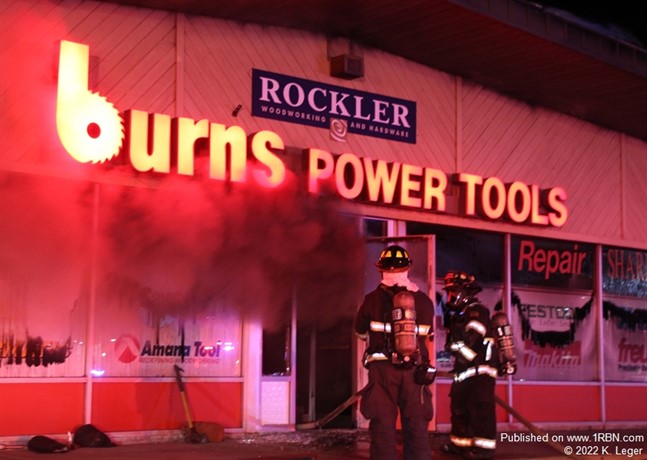 Photo by K. LegerHeavy smoke from the front door. 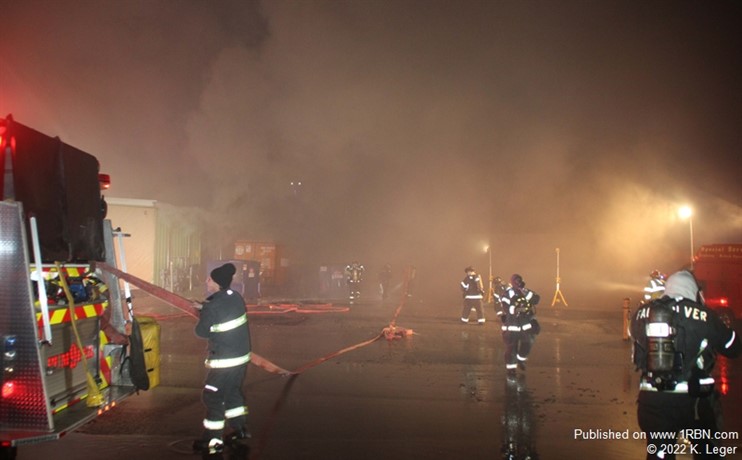 FALL RIVER, MA - Around 9:00 P.M. on November 14th, 911 communications began receiving calls reporting visible smoke in a Subway restaurant at 350 Mariano Bishop Blvd. Crews arrived at a strip mall containing several businesses; among them was Burns Power Tools, which had smoke and flames showing from the roof.

Command called for a second-alarm, followed closely by a third-alarm as the fire occupancy had a large inventory of lubricants and rechargeable batteries that were feeding the flames. Heavy smoke blanketed the area, while temperatures hovered in the 20's.

As conditions worsened, Command called for a fourth and then a fifth alarm to battle this fire. Mutual aid was called in to back fill empty stations, and off duty personnel were called in to put spare apparatus in to service. Out of town companies responded to several calls during this fire, including a fully involved auto.