Early Morning Fire On The B Platoon 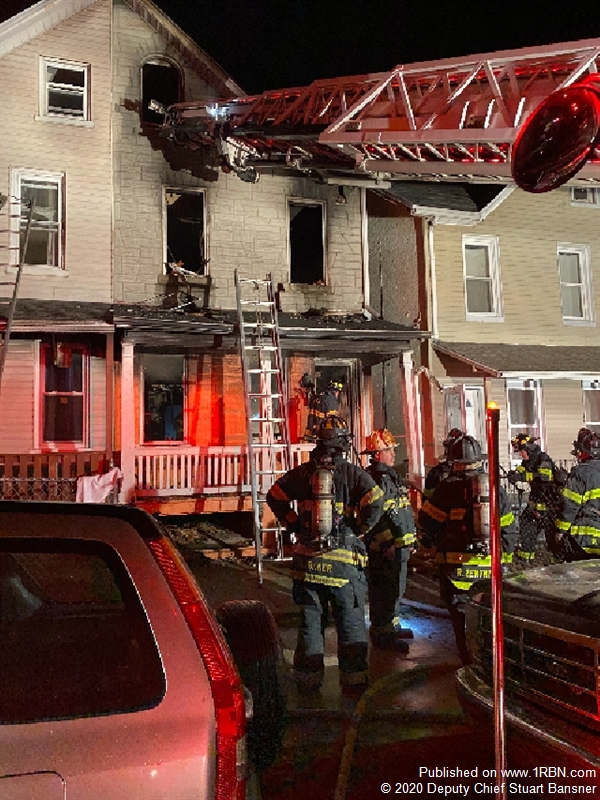 Photo by Deputy Chief Stuart BansnerReading Firefighters arrived at 522 Cedar Street early on the morning of November 9th with smoke showing from the first and second floors. The fire was quickly knocked within 15 minutes.

Reading, PA - Early on the morning of November 9th, a single phone call was placed to 911 reporting smoke showing from a home on Cedar Street. City companies turned out at 1:15 A.M. and began heading towards the 500 block of Cedar Street. Ladder 3 arrived at a 2½ story semi in the middle of the block with smoke showing. As apparatus maneuvered into the tight street, Deputy Chief Banks (Car 5) established command and reported 522 was the address of fire. Firefighters stretched a line into the home and began knocking down the fire. An additional line was stretched to stop the spreading fire on the second floor. Crews searched the home and found no one inside. All visible fire was knocked within 15 minutes. Crews worked on overhauling the heavily damaged areas for approximately 30 minutes. No injuries were reported. The Fire Marshal's Office is investigating.