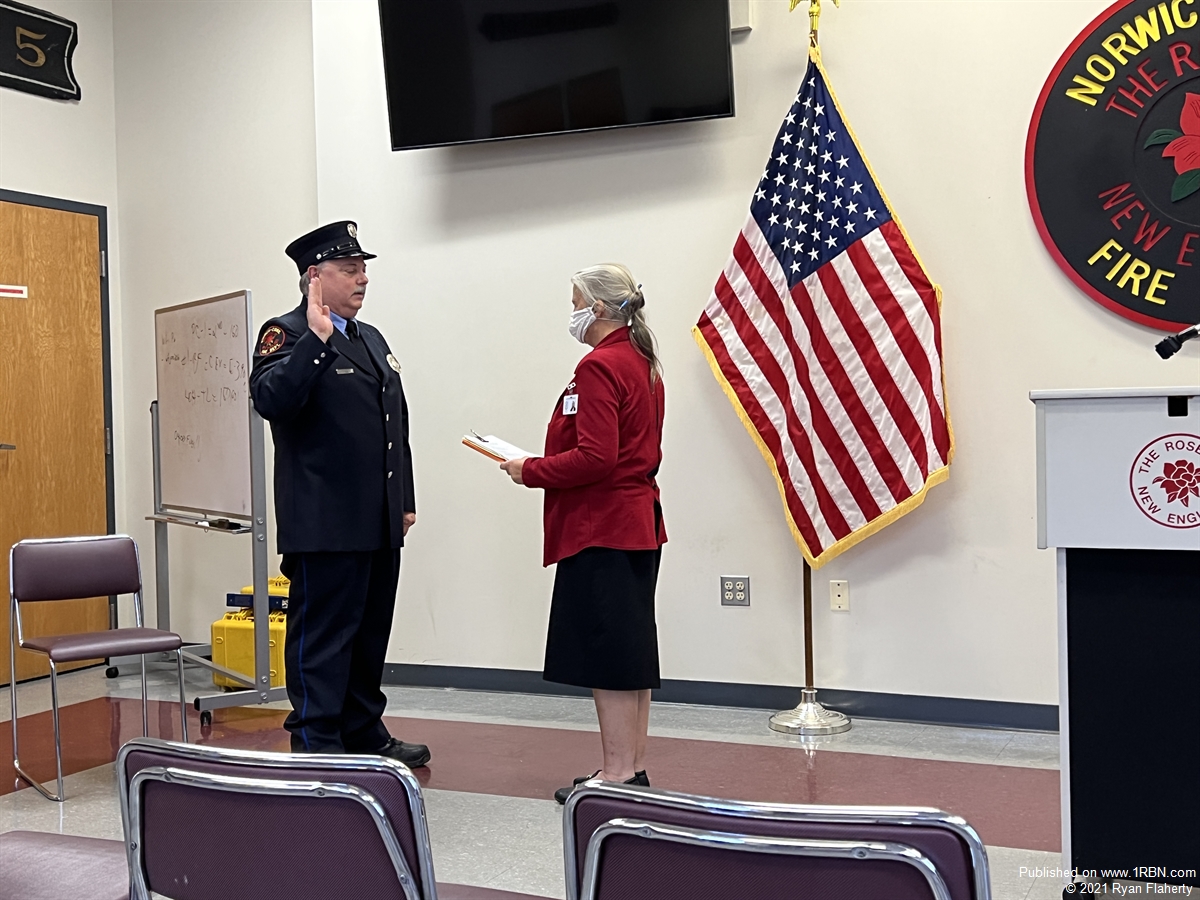 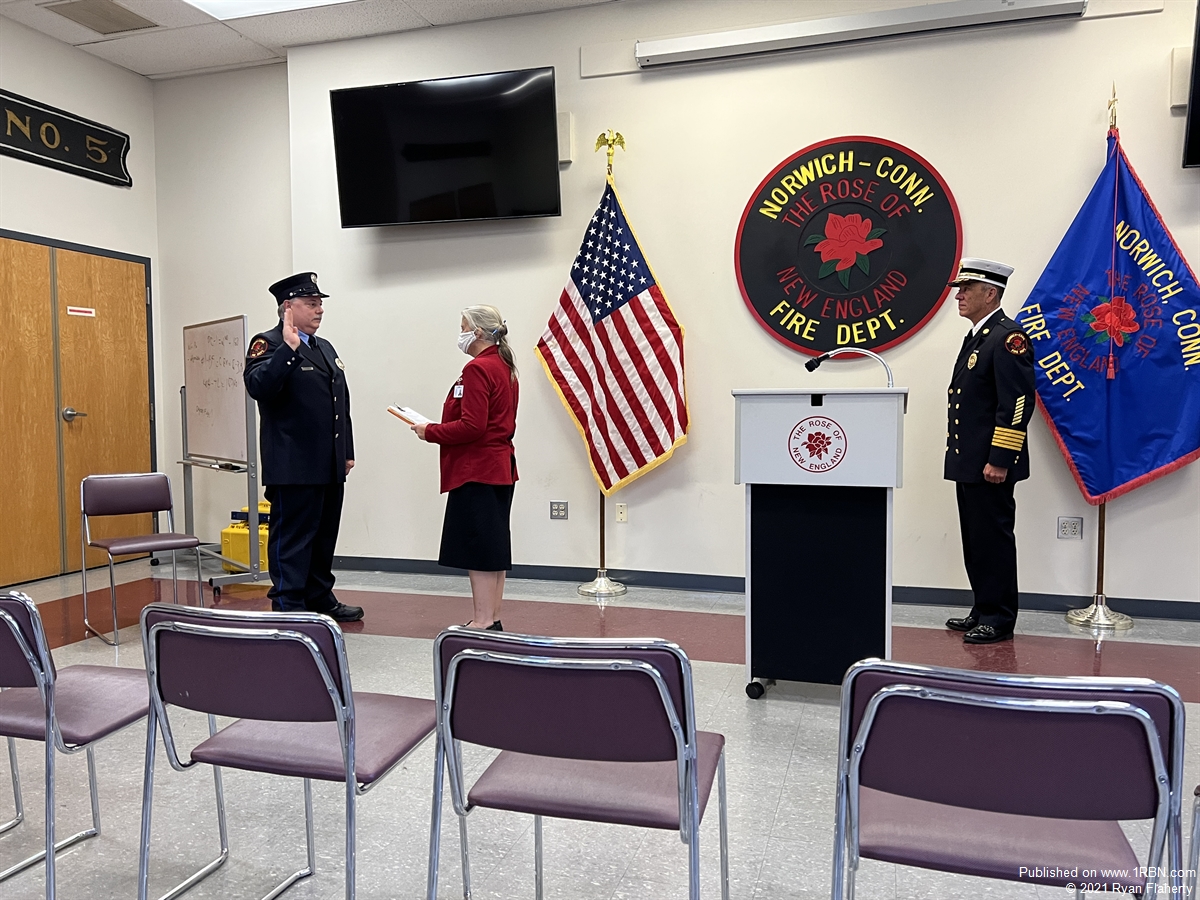 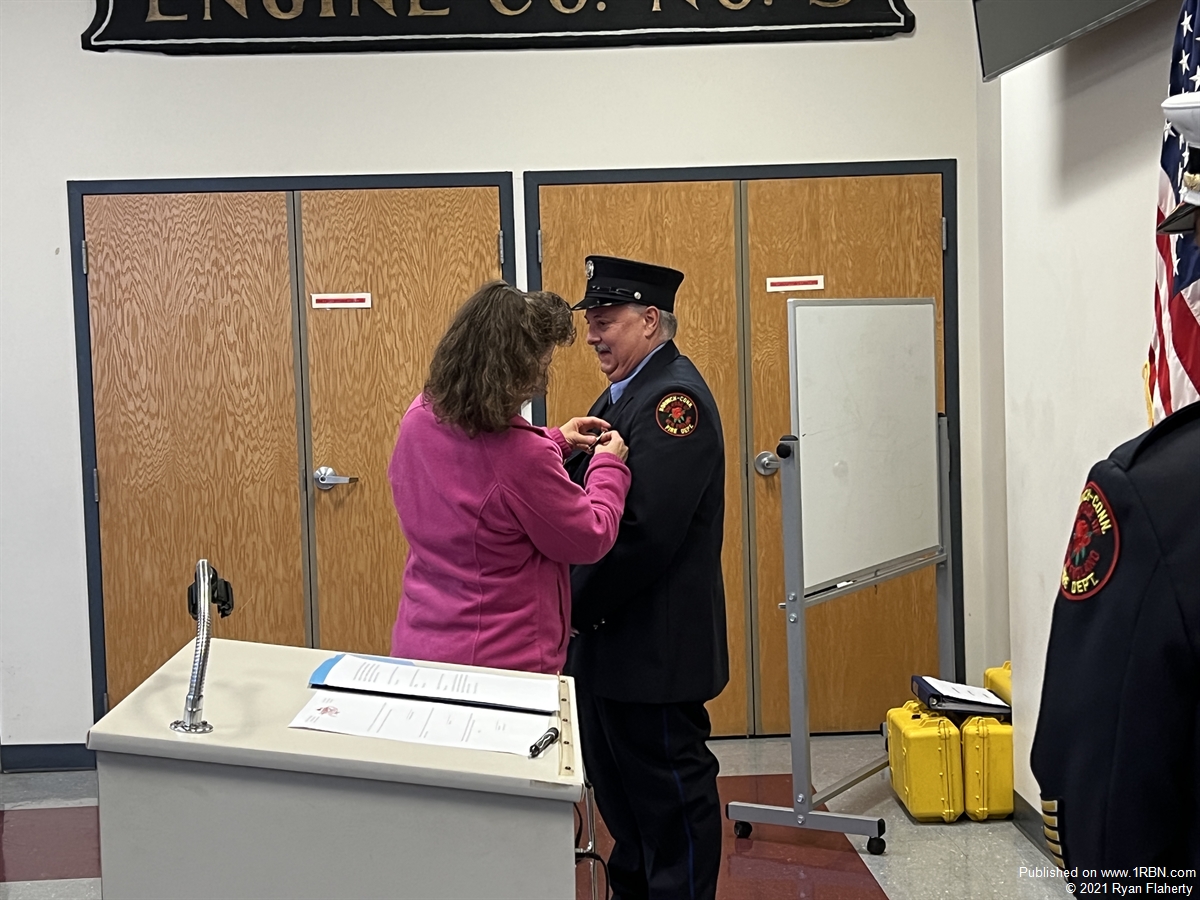 At 3pm on Tuesday, 11/2/2021 the Norwich Fire Department held a promotional ceremony for Fire Marshal Mark Gilot. Mark is a former Deputy Chief with the Taftville and Mashantucket Pequot Fire Departments that was hired by the City of Norwich in 2016. His dedication and commitment helped him quickly become an integral part of the team. City Clerk Betsy Barrett swore in Mark Gilot as the Captain of the Fire Marshal's Office and then he addressed the attendees. Mark has always looked out for the best interests of the civilians while also keeping the firefighter's safety in mind. In this position, Captain Gilot will supervise all functions of the Fire Marshal's Office which includes fire code inspections, fire investigations and public education. Congratulations Captain on a well deserved promotion.