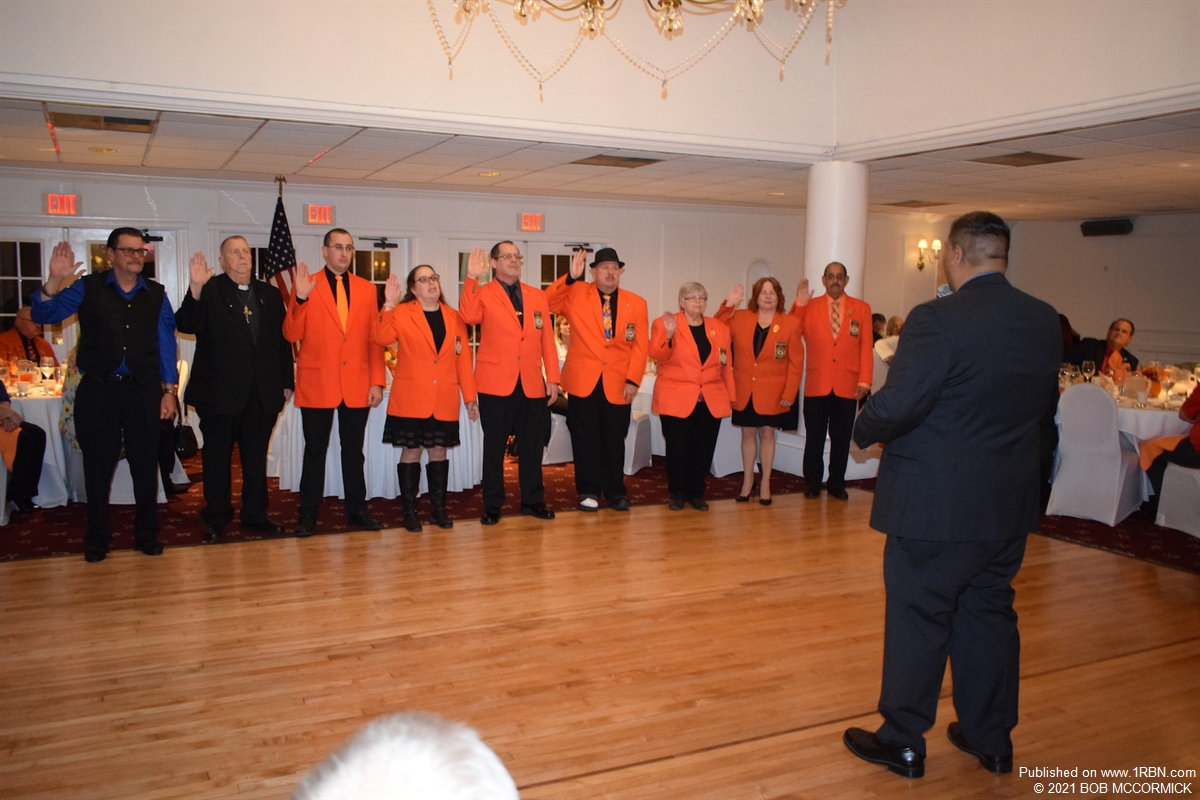 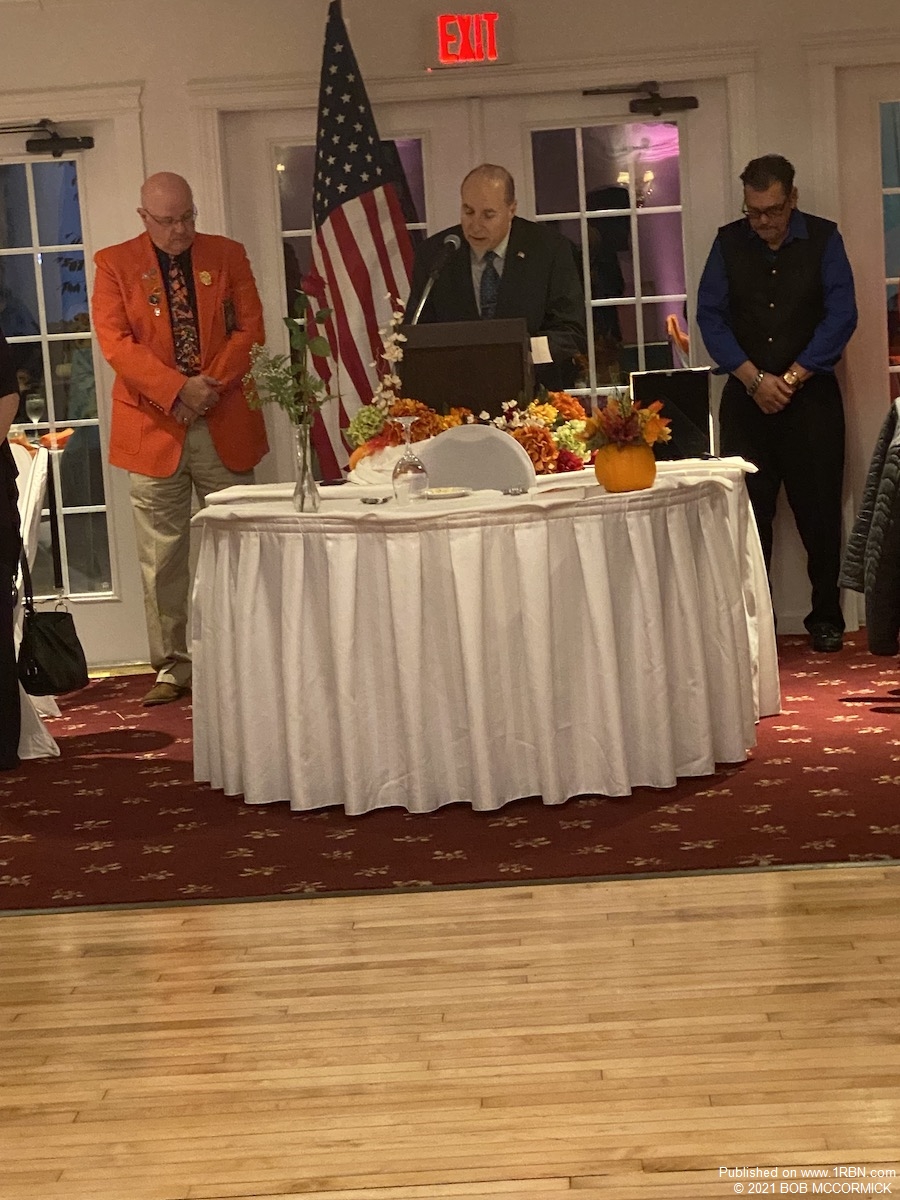 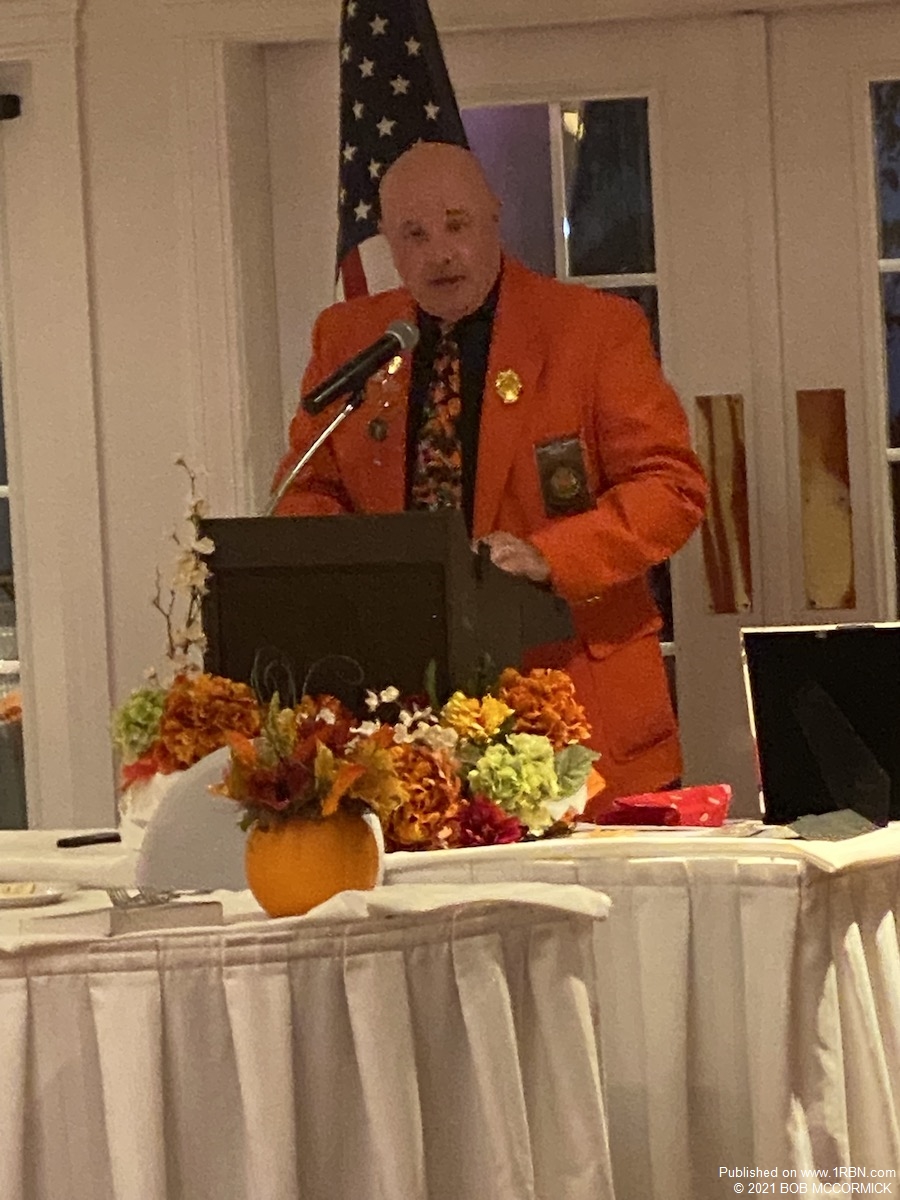 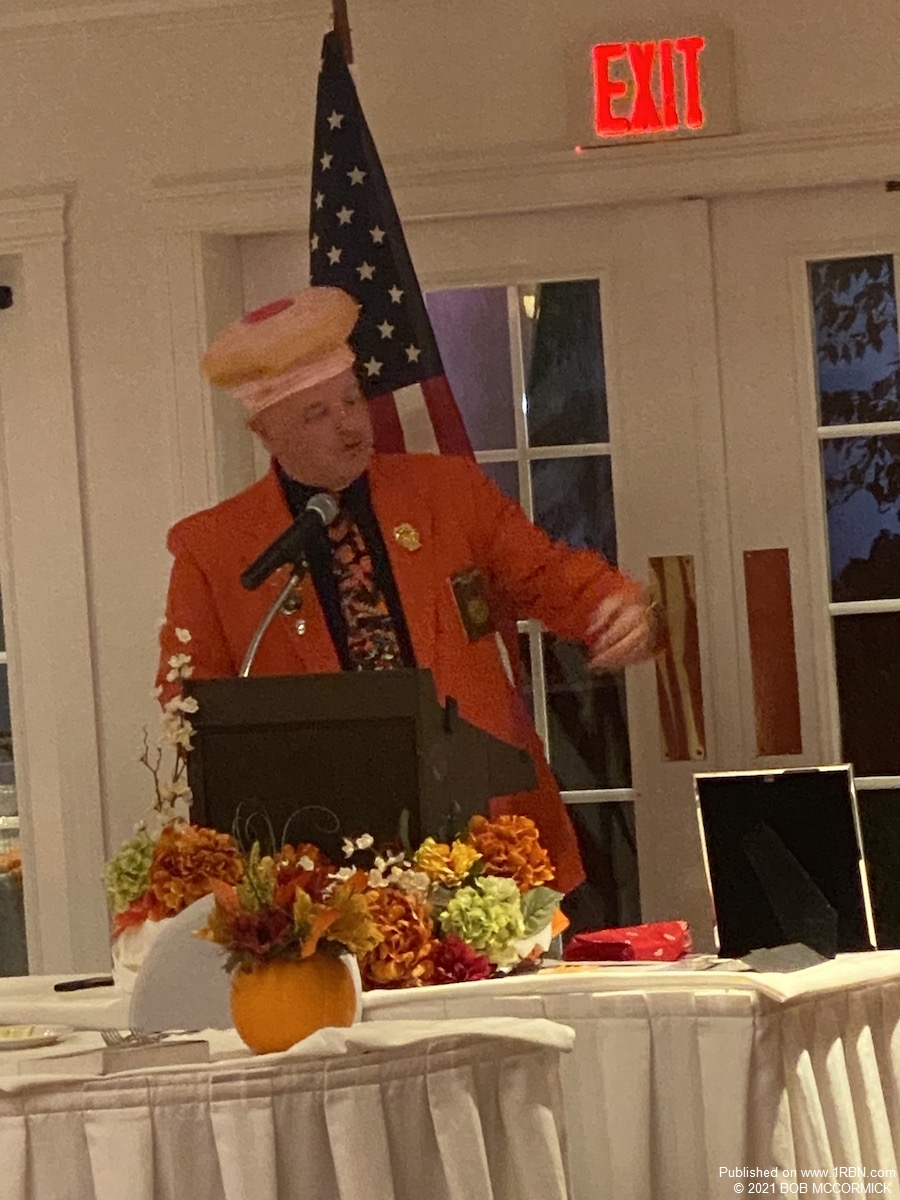 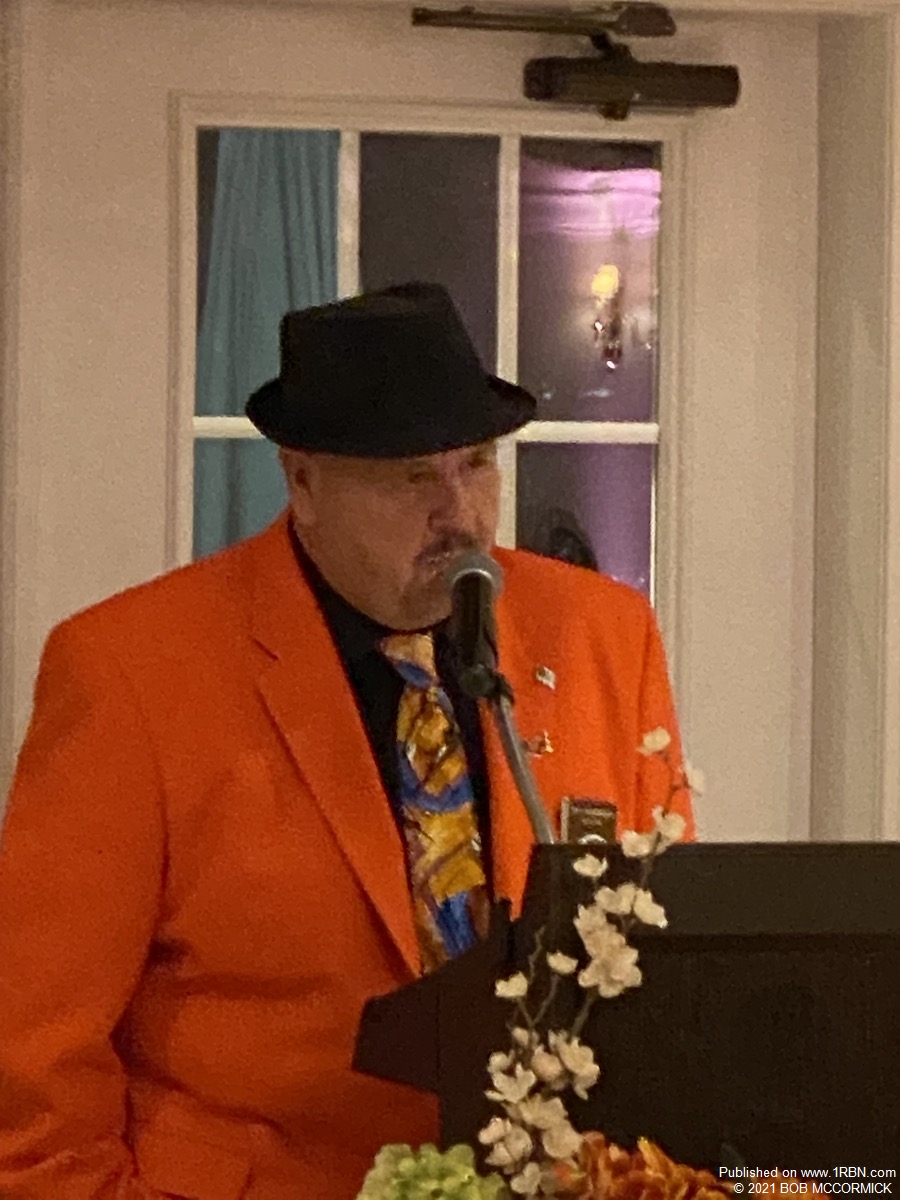 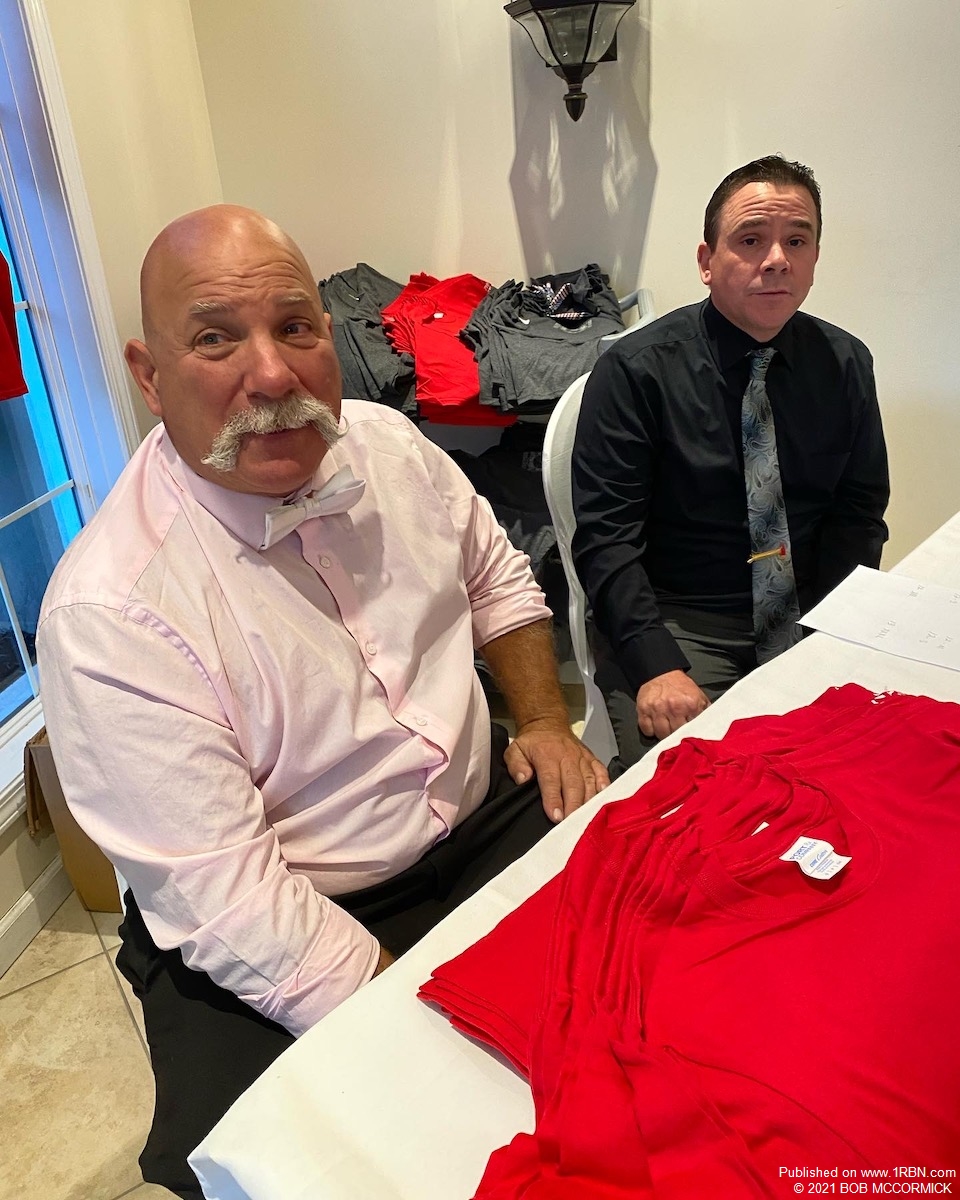 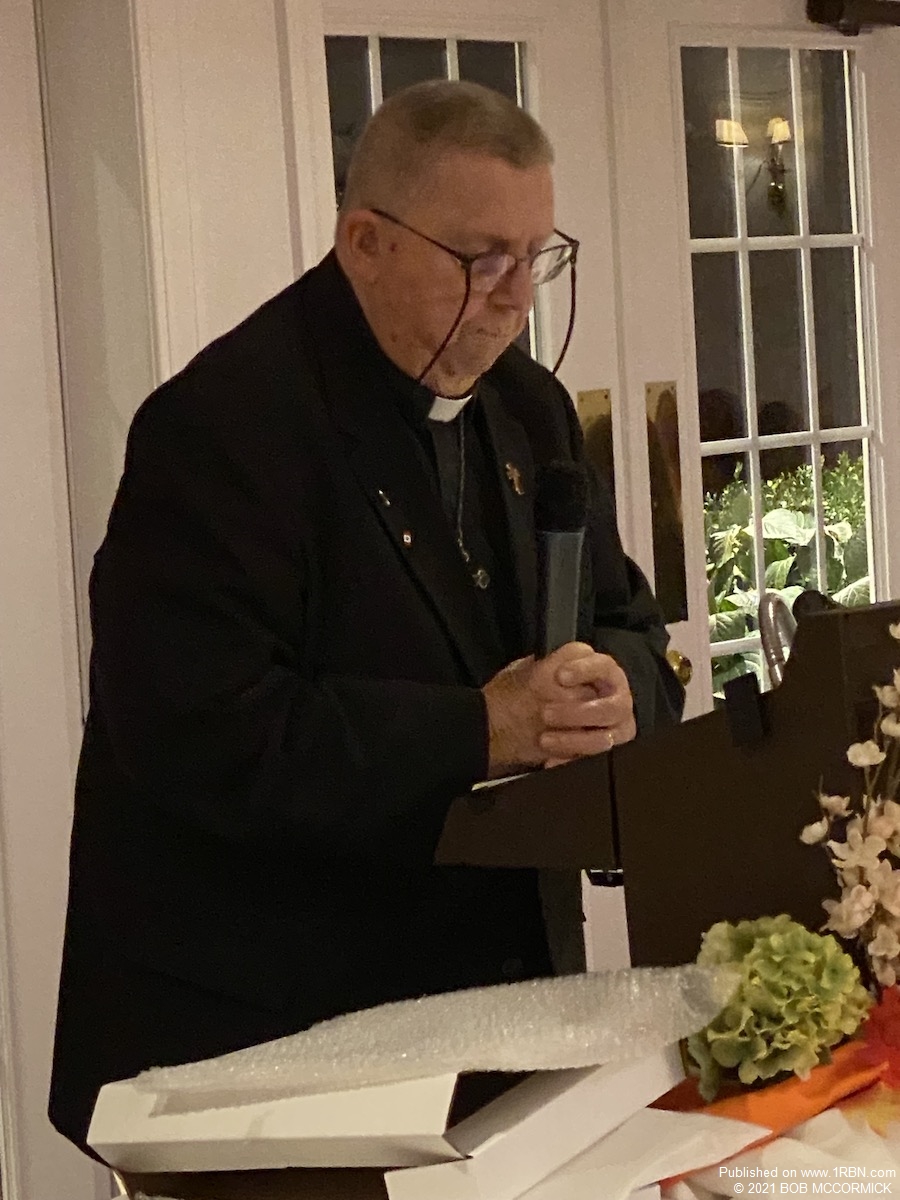 Jeffry Holmes was Master of Ceremonies, and Opening Prayer was given by Chaplain of the Association, Joseph Deccicio. After the Pledge of Allegiance was recited Jeffry welcomed everyone to the dinner and spoke about how November 5th was National Donuts Day. He briefly explained how the donuts were introduced and made in the United States, and even came prepared wearing his own donut hat. Introductions of the former officers were then read.