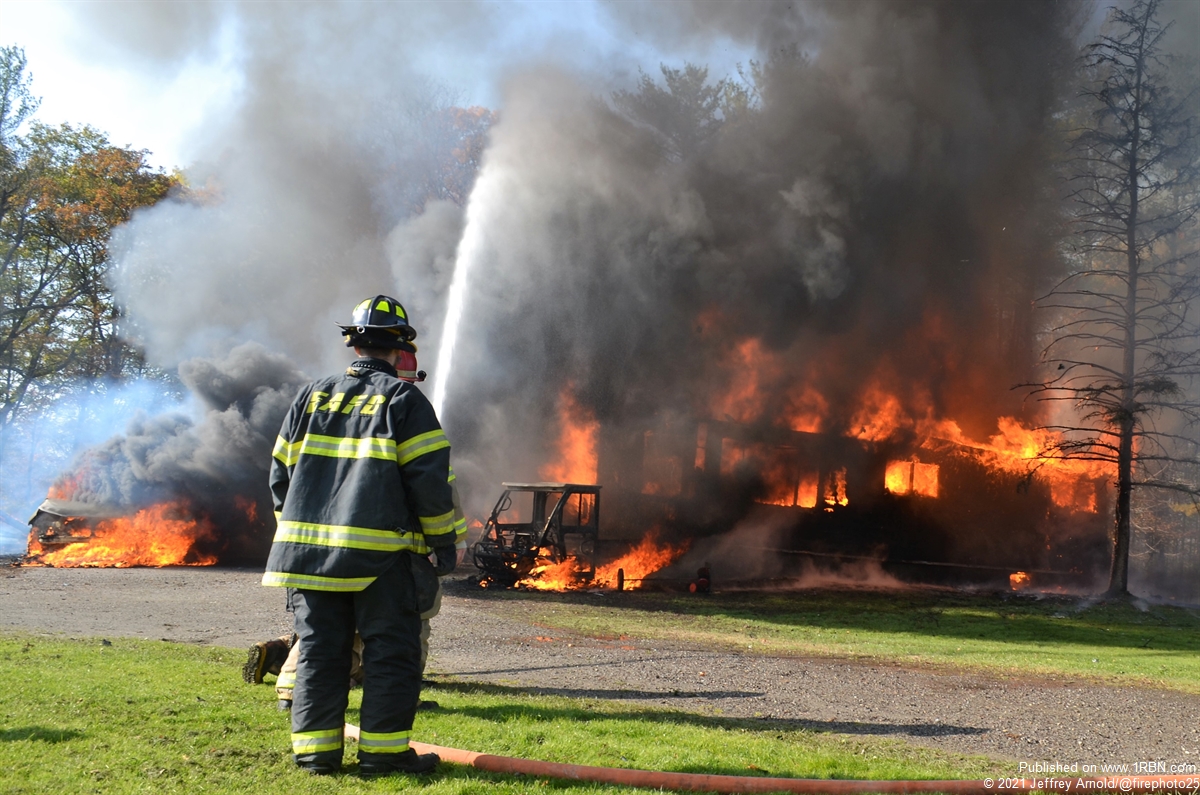 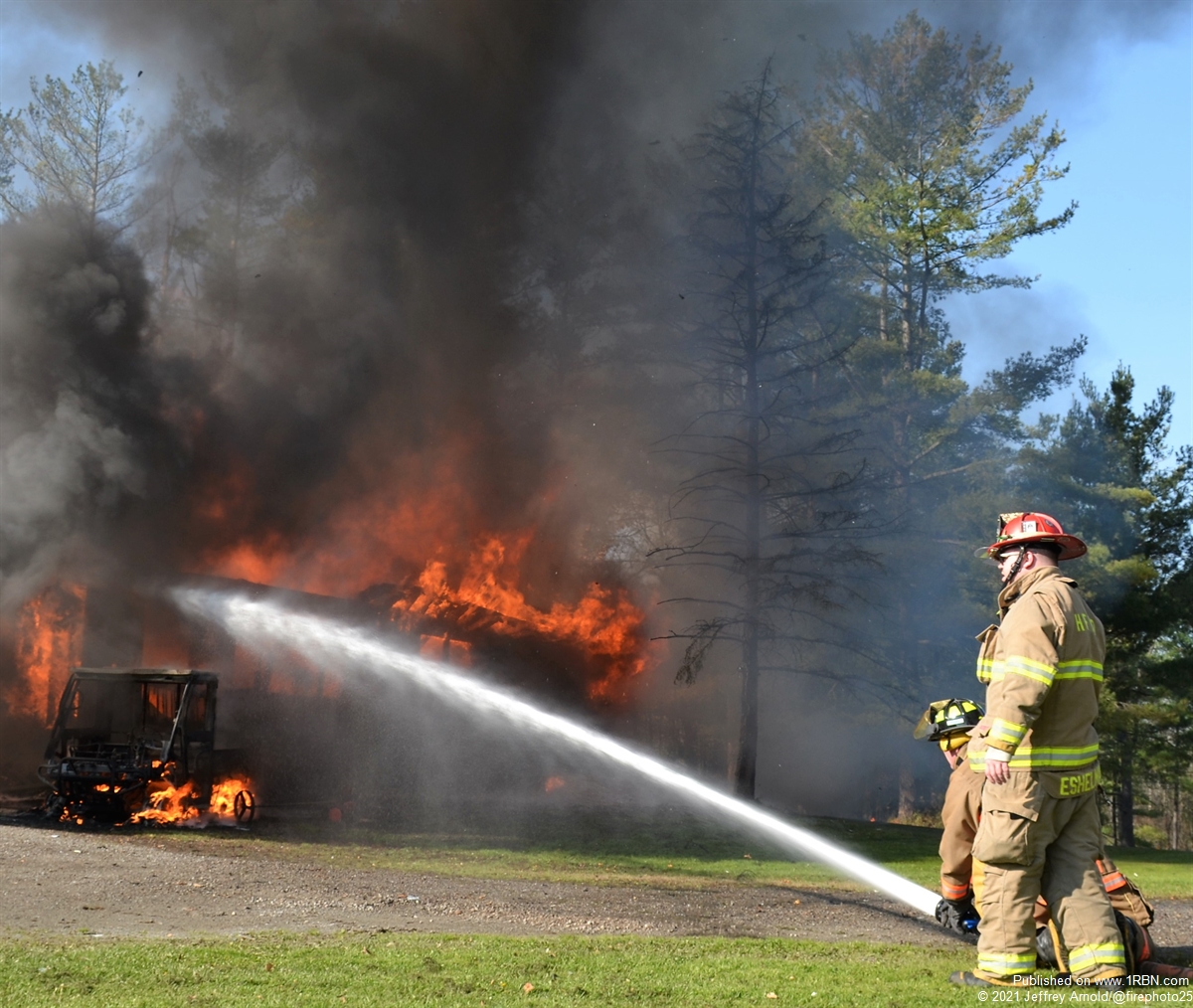 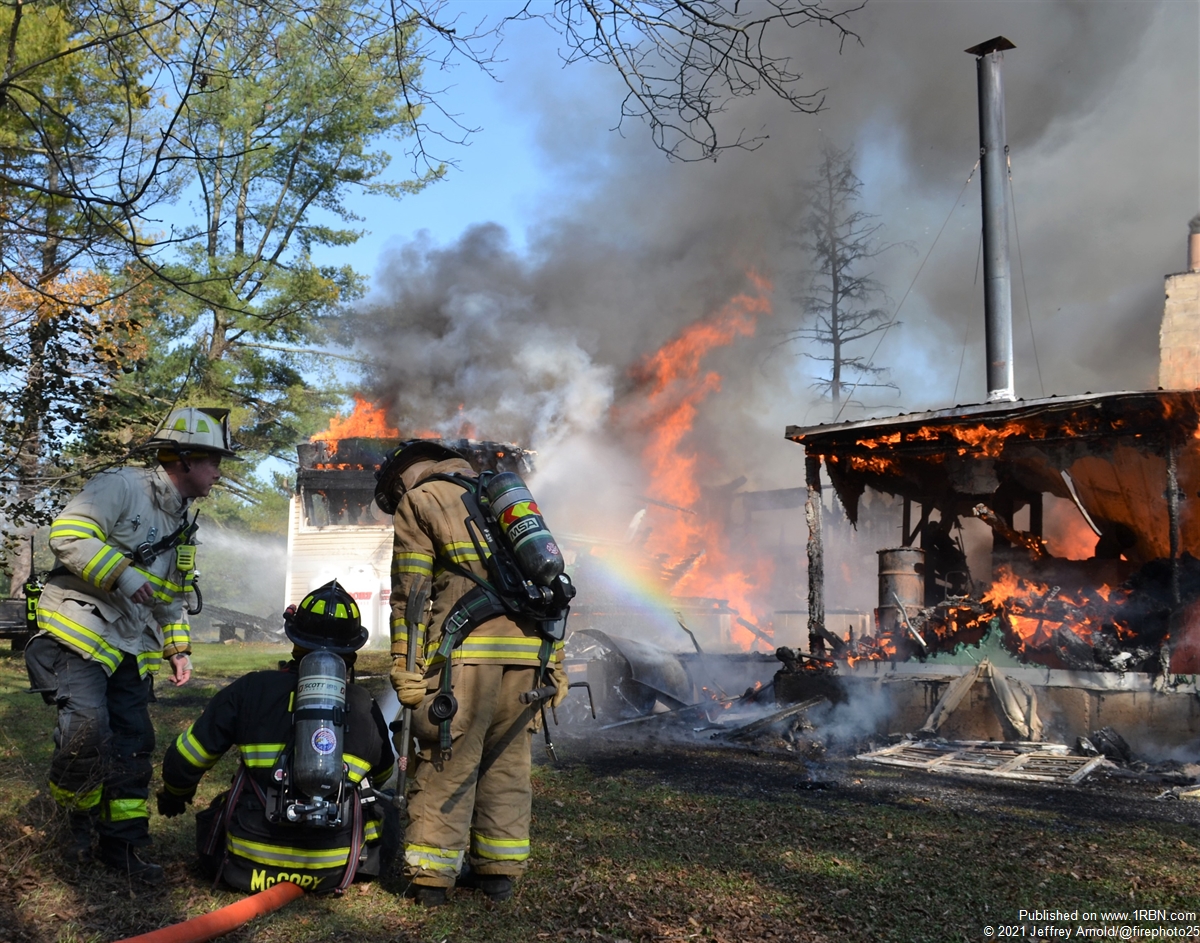 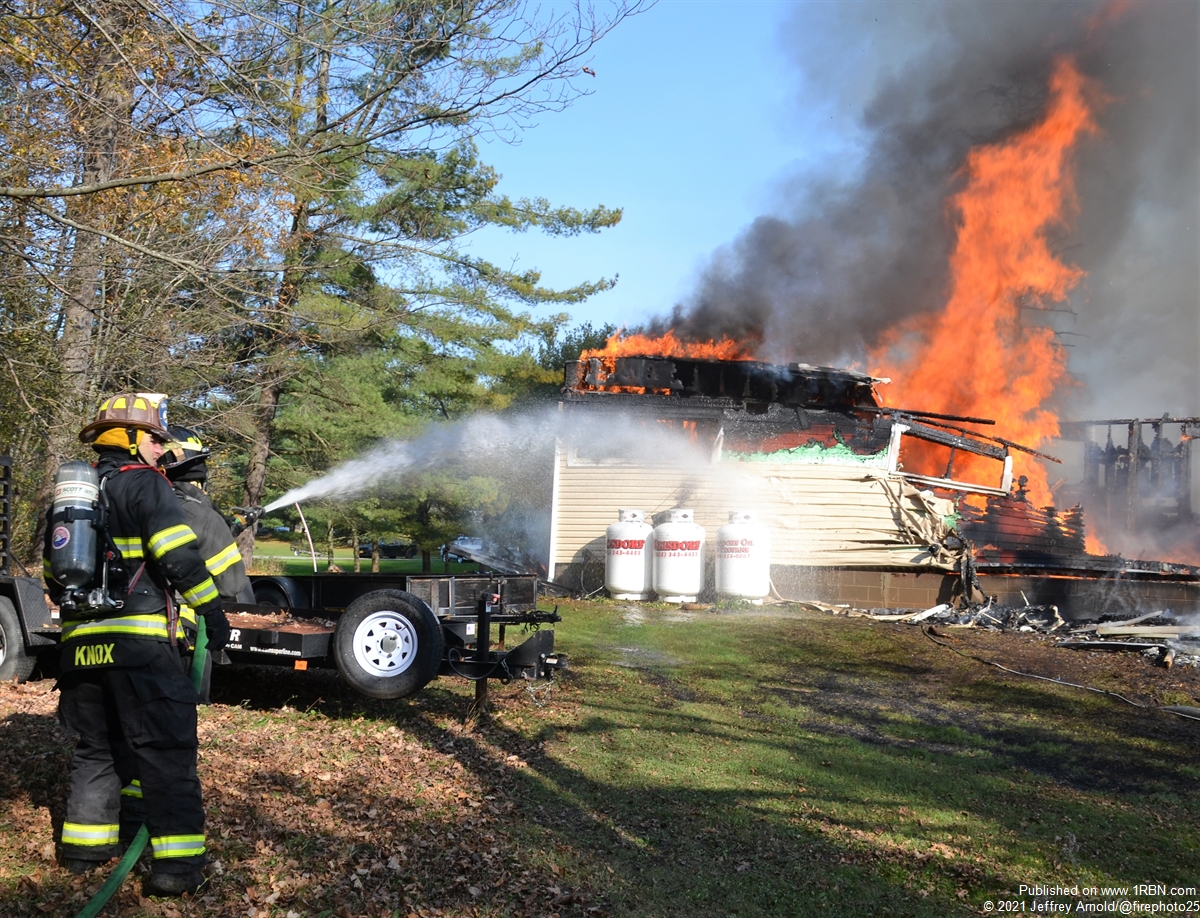 LIMA, NY - On Tuesday, November 10, at 11:49 a.m., Lima and East Avon fire departments responded to a report of a house fire with a person trapped at 2700 Pond Road in Lima.
A neighbor used a tractor to breach a wall to rescue a 67 year old female resident of the home, who was transported by Livingston County EMS to Strong Memorial Hospital in Rochester, where she was later pronounced dead. Fire units arrived on location, with the single-story ranch style home and vehicles in the driveway fully involved in flames. Firefighting efforts were hampered by live power lines down in the front yard, as well as fire impinging on propane tanks, Tankers and additional manpower were requested to the scene from Livonia, Hemlock, West Bloomfield, Honeoye Falls, Ionia, Mendon and Caledonia fire departments. The blaze was declared under control in about an hour. Officials from the Livingston County Emergency Management and the Livingston County Sheriff's Office were working to determine the cause.