Mayday Called at 3rd Alarm on Broadway Street in Lowell 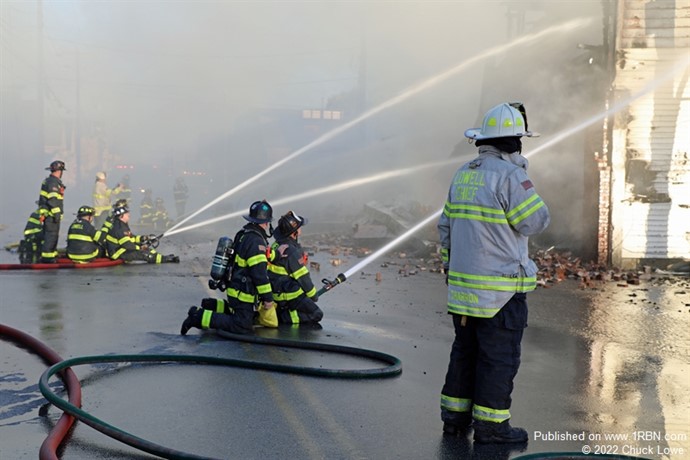 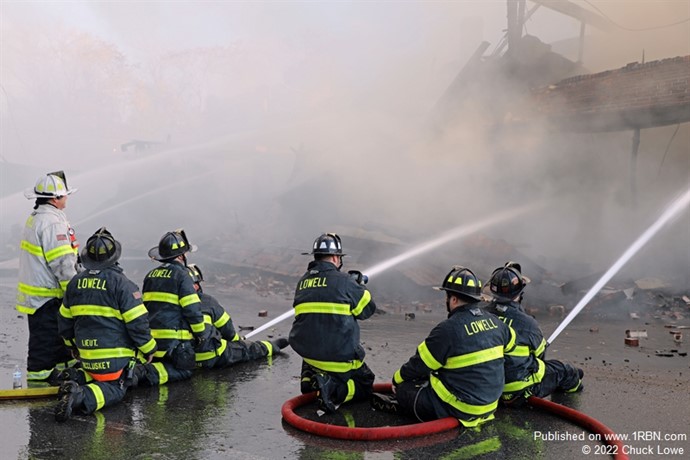 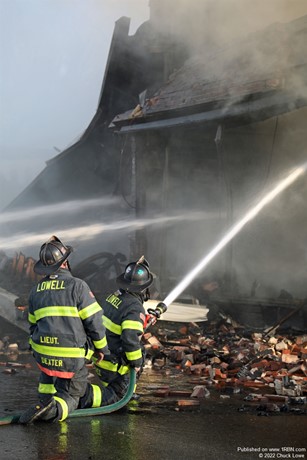 Photo by Chuck LoweLt Dexter & FF McNeil operate a handline from just outside the debris field. 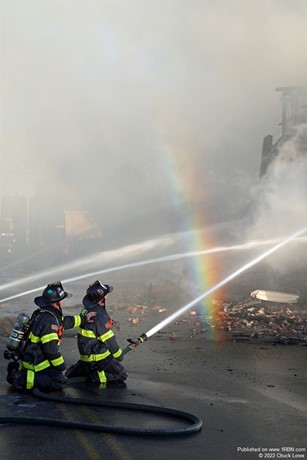 Photo by Chuck LoweA rainbow appeared over Lowell Engine 6 as they worked at the scene. 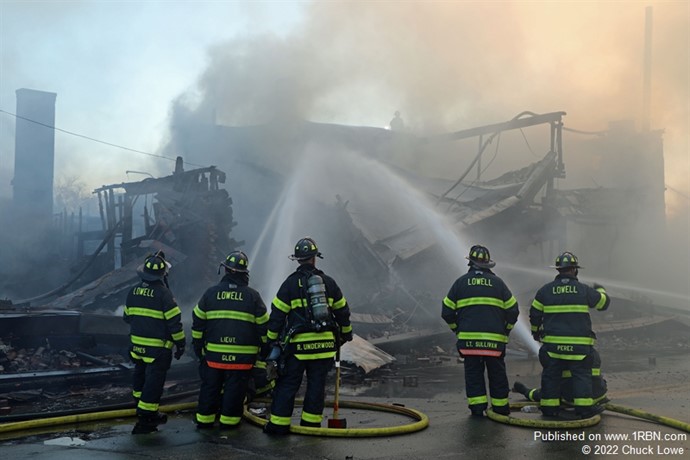 Photo by Chuck LoweMembers look at the destruction as the sun sets in the distance.

LOWELL, MA - Lowell firefighters responded to a fire at 700 Broadway Street just before 3:00 P.M. on Wednesday, November 9th. Crews made entry to the vacant auto parts store, but were unable to get control of the fire. As crews were transitioning to an exterior operation, a MAYDAY was called. Command requested a PAR check and found that all members were accounted for.

The fire eventually took full control of the building, causing heavy fire to erupt out the front of the structure, ignite power lines on the opposite side of the street, and eventually collapse. The members of Ladder 3 were able to move their apparatus out of the way before conditions deteriorated. Their actions prevented the apparatus from being lost. The tower ladder did sustain melting to its rear warning lights.

According to the property owner, the building was vacant and all related chemicals had been removed before the fire. The State Fire Marshal's Office is assisting LFD with a cause and origin investigation.