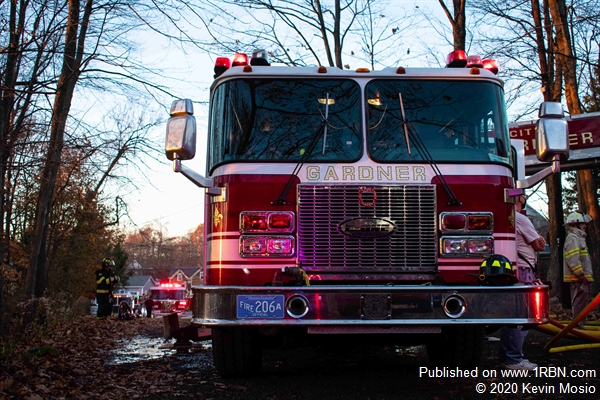 Photo by Kevin MosioGardner's Tower 1 parked in front of the fire building. 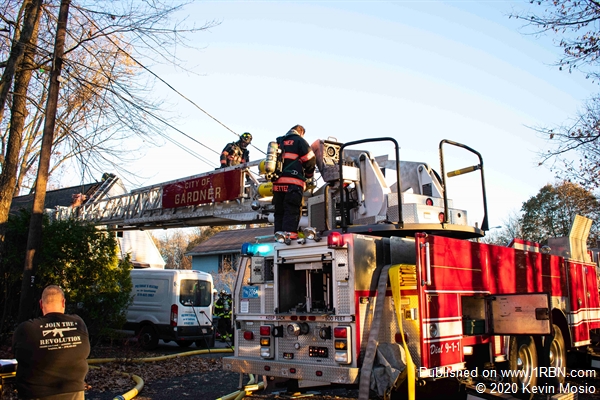 Photo by Kevin MosioThe Tower being used for ventilation 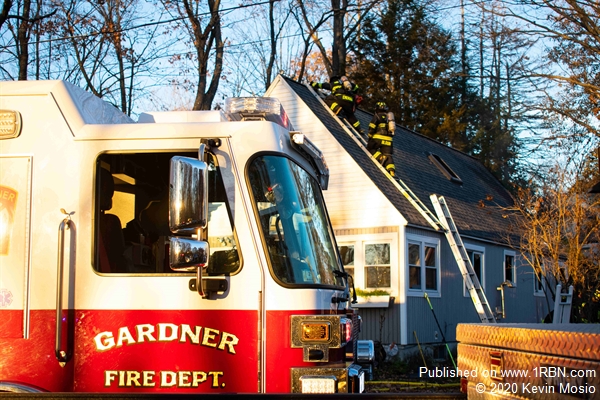 Photo by Kevin MosioThe A/D corner of the building 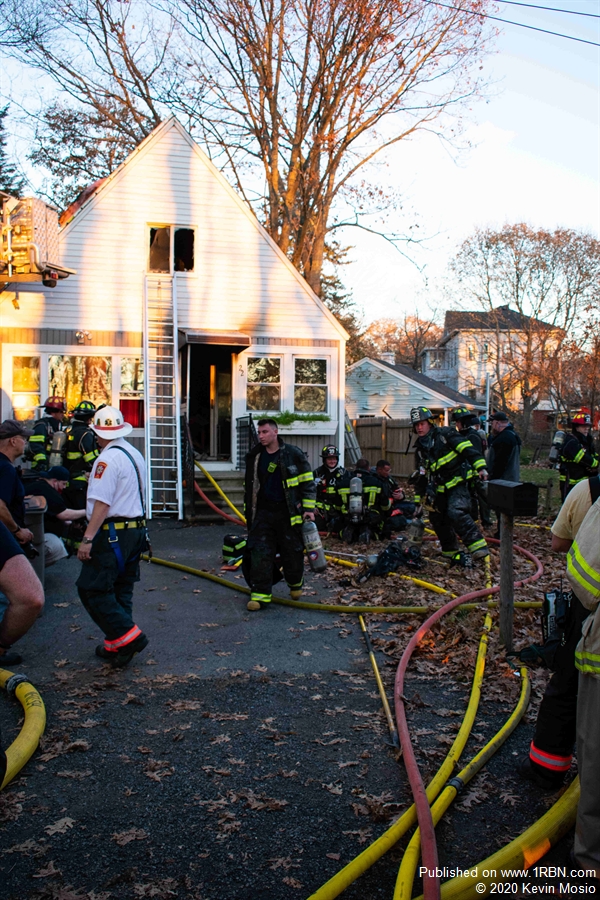 Photo by Kevin MosioHand lines stretched throughout the A side of the building as companies complete overhaul. 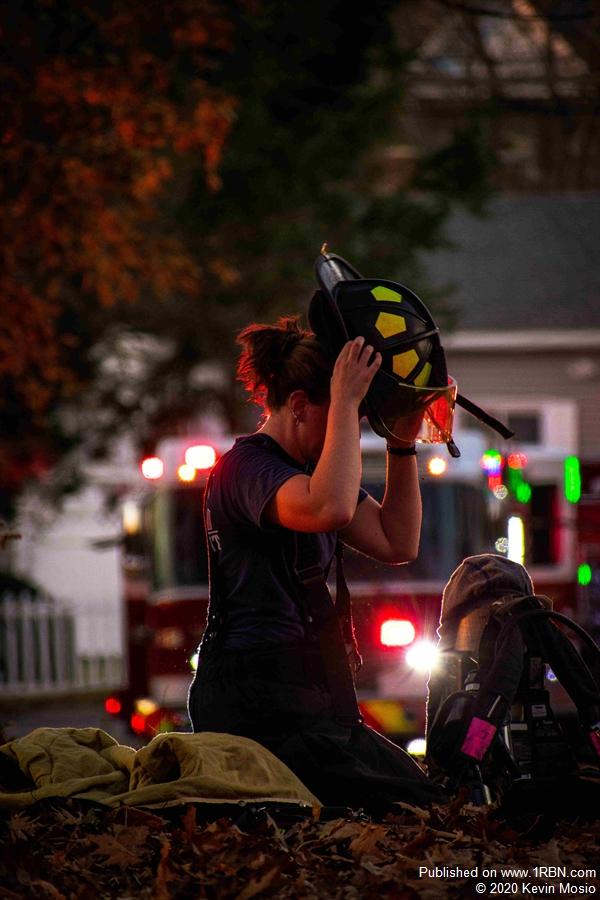 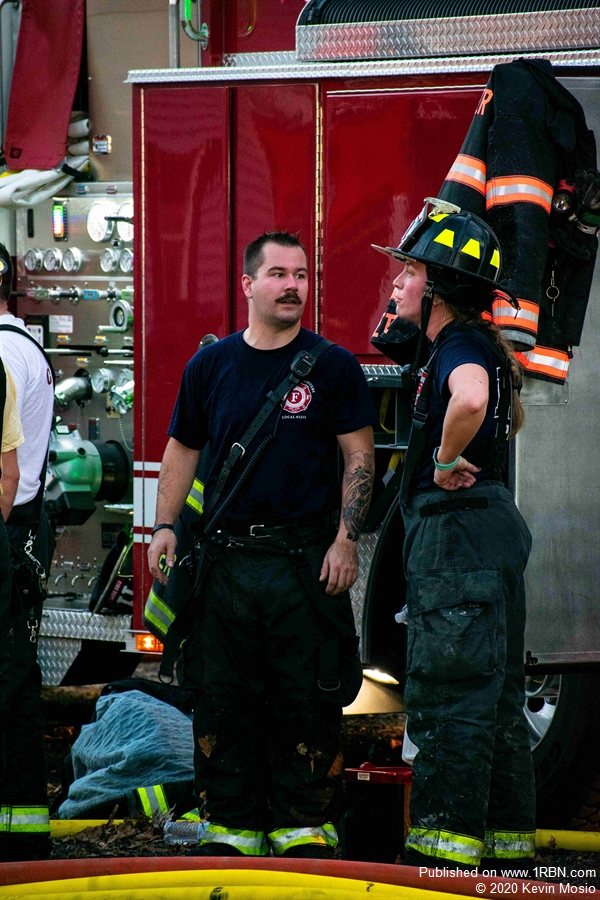 Photo by Kevin MosioTwo Gardner firefighters talk and take a break while relief crews check for extension and preform overhaul.

Athol, MA - On Monday, November 9th, the Gardner Fire Department responded to 22 Coburn Avenue for a reported building fire with people trapped inside. On arrival they found heavy fire conditions on the 'C' side of the building. A second-alarm was struck, bringing in mutual aid to the scene and for station coverage. They made a very aggressive interior attack and completed a primary search, and thankfully all occupants were able to get out prior to their arrival. Mutual aid from Westminster, Hubbardston, Ashburnham, Winchendon and Templeton assisted at the scene. Barre and Fitchburg were the cover companies.