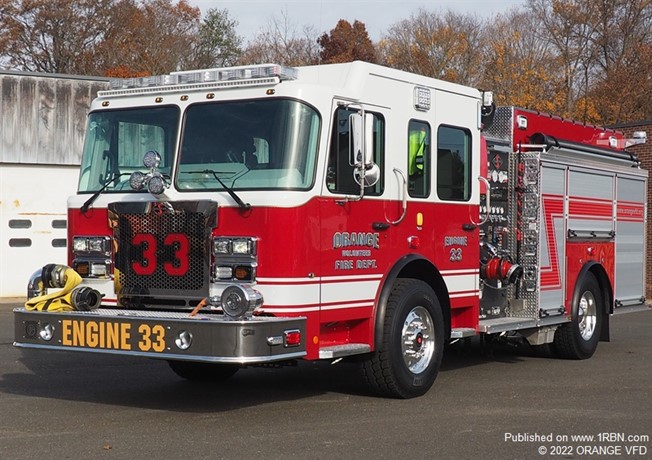 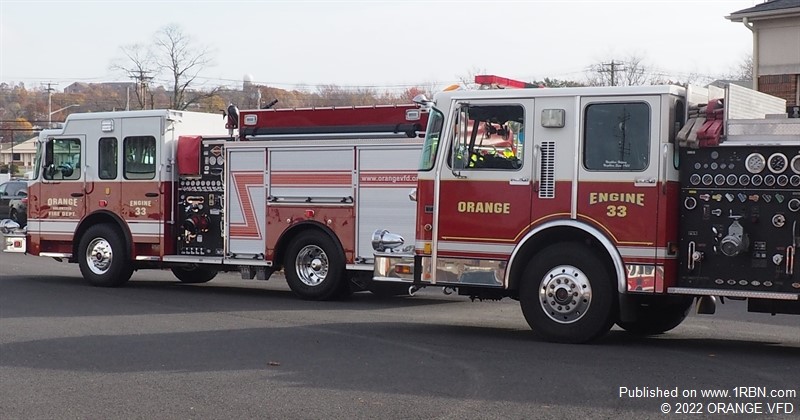 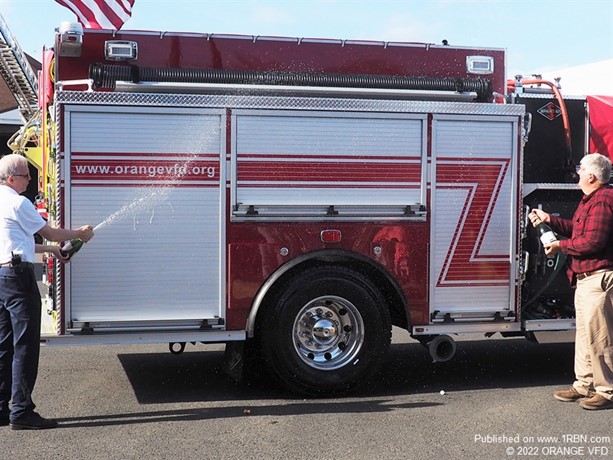 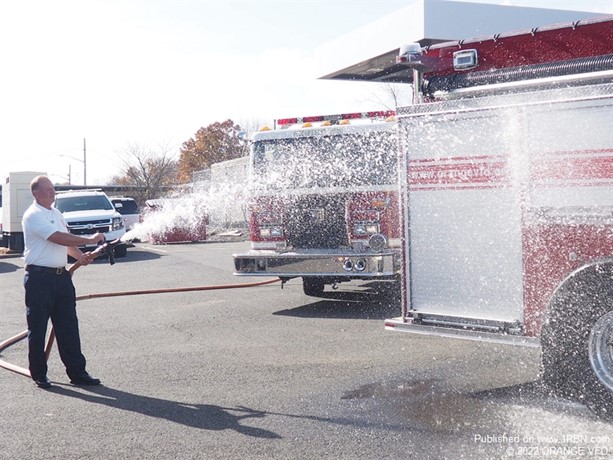 The 2022 Spartan fire truck is equipped with a 1,500-gallon-per-minute pump and 1,000 gallons of water, as well as several compartments full of tools. It’s those tools that set the new truck apart, says Orange Fire Chief Vaughan Dumas.

“All the ancillary equipment that we use, such as extrication tools, hand lights, scene lights and ventilation saws and fans, are all battery powered,” he explained. “Prior to this, we used two-cycle gas-powered engines to run saws and other equipment, which adds to the effect on the environment.”

Chief Dumas explained that the batteries are charged while the fire truck is in the station. He also explained that the truck’s main power source is its diesel engine, but today’s diesels burn much more cleanly than those in trucks just a few years older.

The new truck is part of a long-range plan by the department to update its apparatus. The new apparatus – this is the third purchased under the plan – are designed to address the growth in the town. The new equipment also improves the town’s fire insurance ratings, lowering the cost of fire insurance for home and business owners.

The department is retiring a 1995 model that carried less water and was powered by a less efficient diesel. All the tools on that truck, including a large generator, were powered by gas motors.

Chief Dumas said the cost of the new truck was $484,000, none of which came from town funds or tax dollars. The department, which is not part of the town’s municipal government, raises money with its annual Fireman’s Carnival, Boot Drive, Santa Toy Delivery and other fund-raisers to purchase all equipment.

A crowd of well-wishers watched and cheered as Sherwood and Zeoli shook bottles of champagne and sprayed the side of the new truck. Chief Dumas then pulled a hose from the old truck and washed down the new one.

And with that, Orange’s new fire engine, Engine-33, began officially serving the people of Orange.