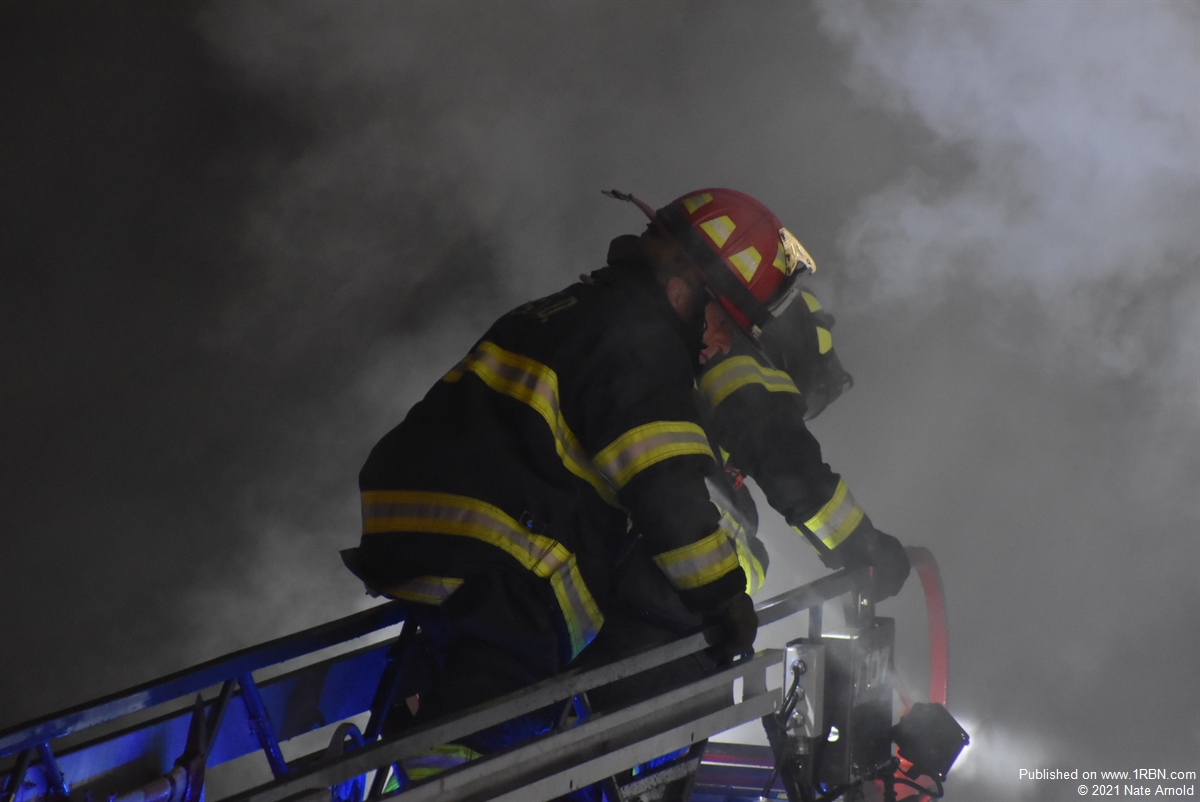 Photo by Nate Arnold Lt. Jeff Hall from Truck Co. 1 and one of his men on an aerial above the fire. 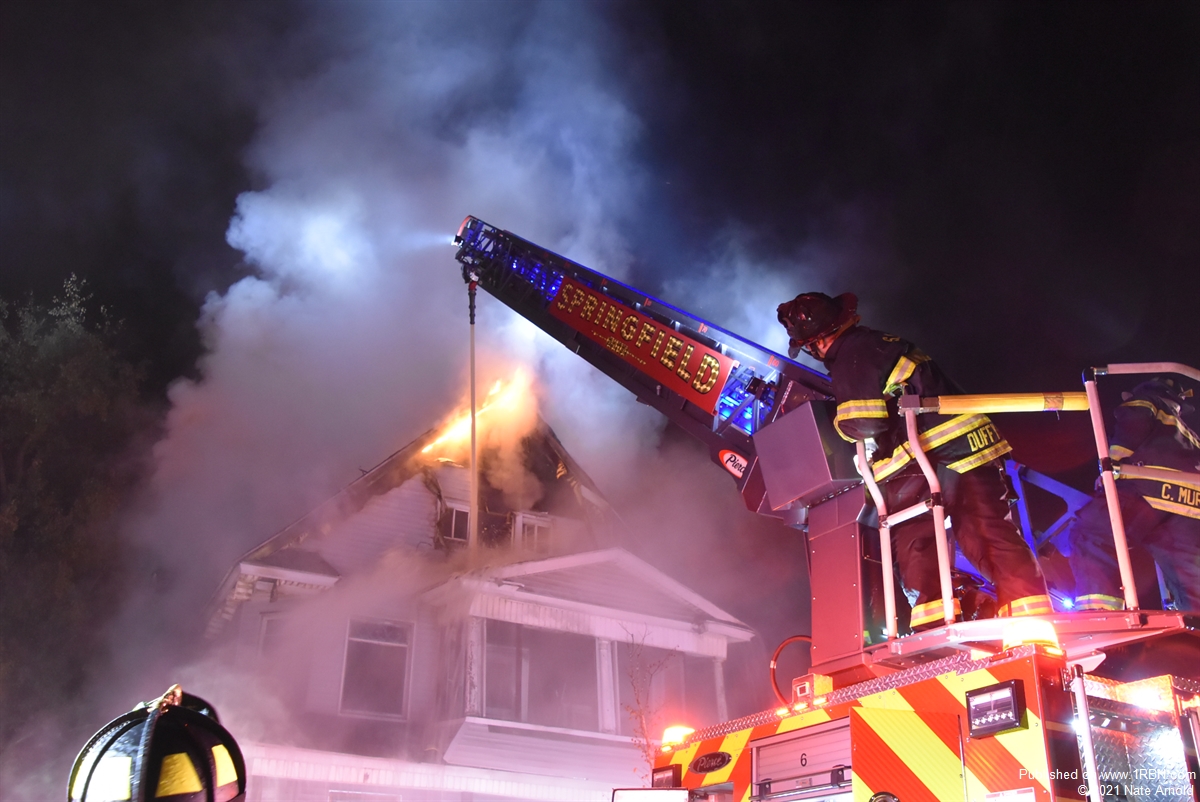 Photo by Nate Arnold Captain Duffy of Truck Co. 2 repositions his ladder pipe as fire vents from the peak of the roof. 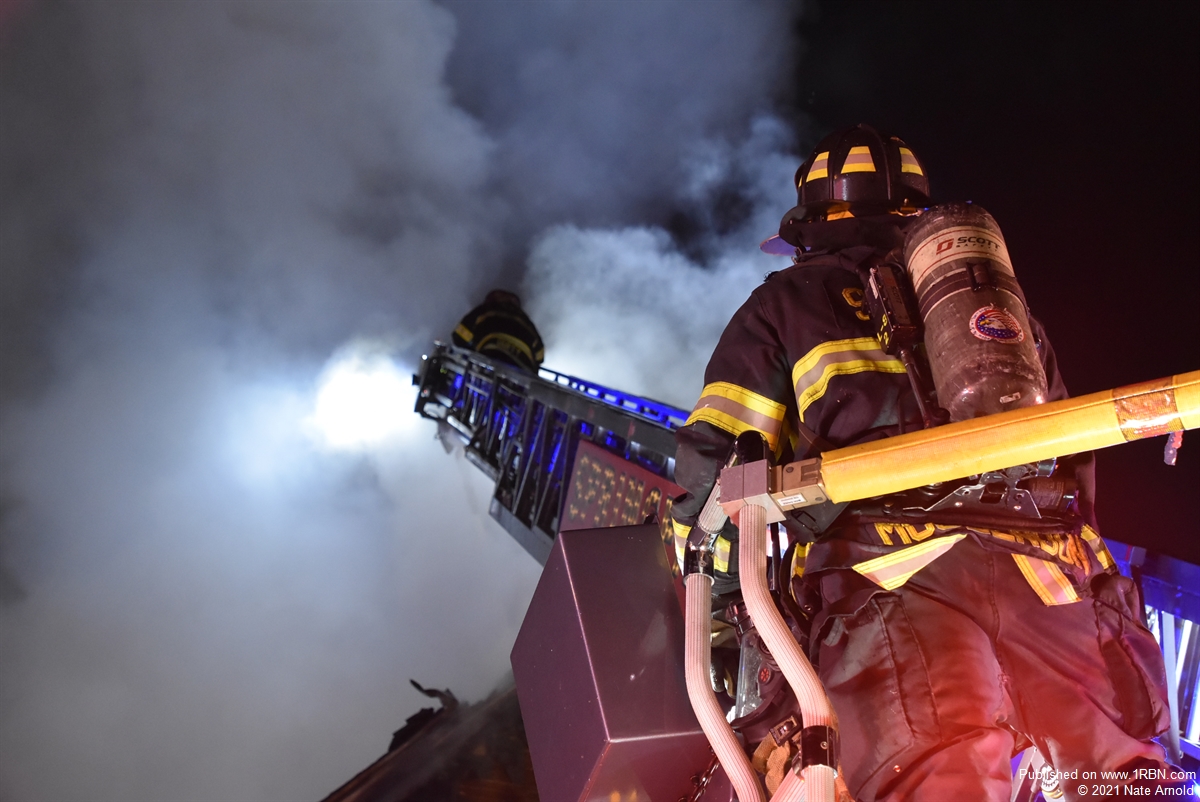 An early morning fire in the bay neighborhood of Springfield displaced nine residents and destroyed a two and a half story wood frame duplex.
Springfield fire companies responding to the 12:45 a.m. fire call on Thursday November 4, 2021 arrived on scene to find heavy fire venting from the second floor of an occupied wood frame duplex and began stretching lines on the dwelling as the second alarm was being struck. Roughly half an hour into the fire fight, for reasons that are not known at this time, water pressure on scene dropped precipitously. Following a call back to the Fire Alarm Office to have the area water utility, Springfield water and sewer commission, respond to the scene Commissioner BJ Calvi ordered the third alarm be struck and have 4 engines set up a relay pumping operation to restore workable water pressure to the fire ground. A hydrant at the corner of College St. and State Street, half a mile from the fire scene was chosen as the head of the relay pumping operation. This required companies to stretch 2,450 feet of LDH to reach from the source engine to the attack engine on Edgewood Street. The fire, by this time had taken possession of the second floor and attic and had burned a good portion of the roof away. Once workable water pressure was restored on scene, the bulk of the fire was knocked down within an hour. Eight of the nine residents were able to escape the fire prior to the SFD's arrival, the ninth resident, the father of one of the families was at work at the time of the fire. The Red Cross is assisting the displaced families and the cause of the fire is under investigation by the SFD Arson Squad.