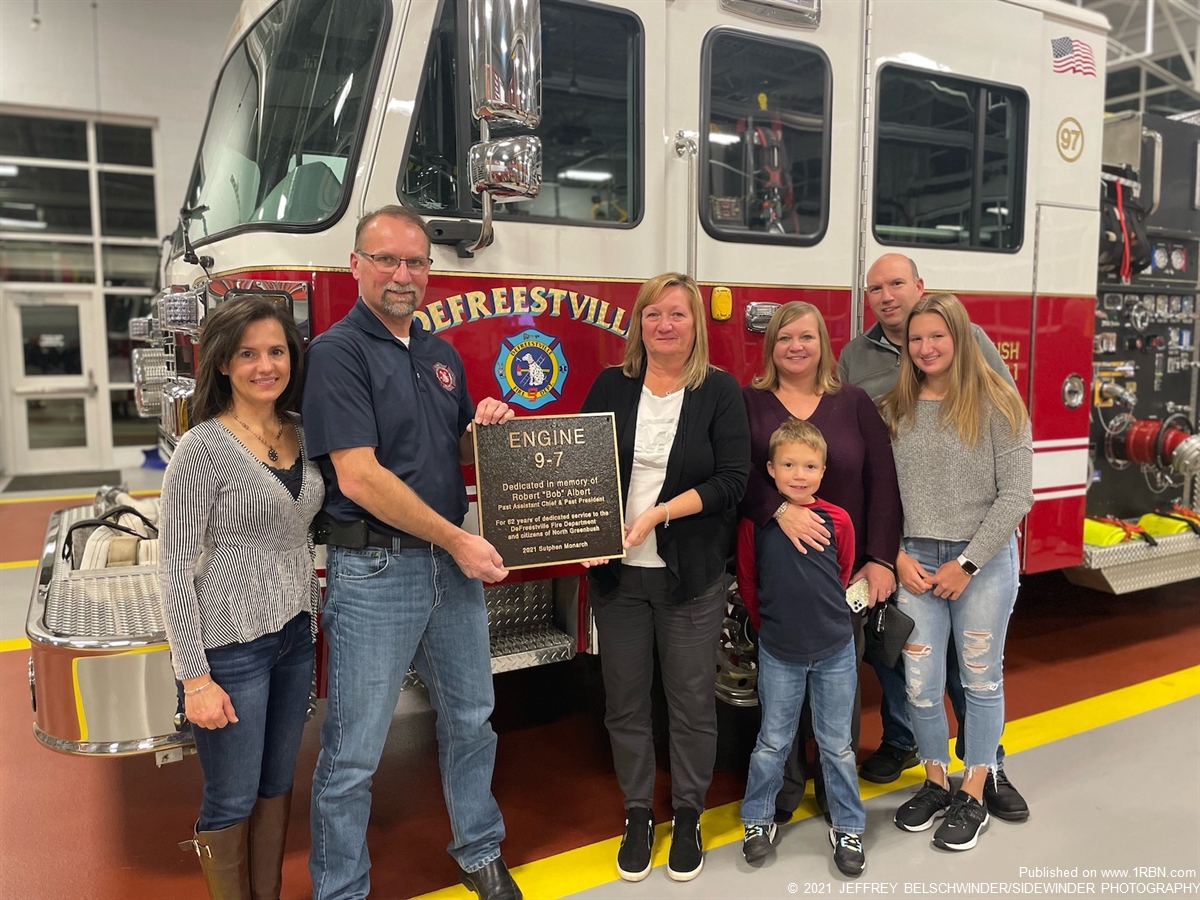 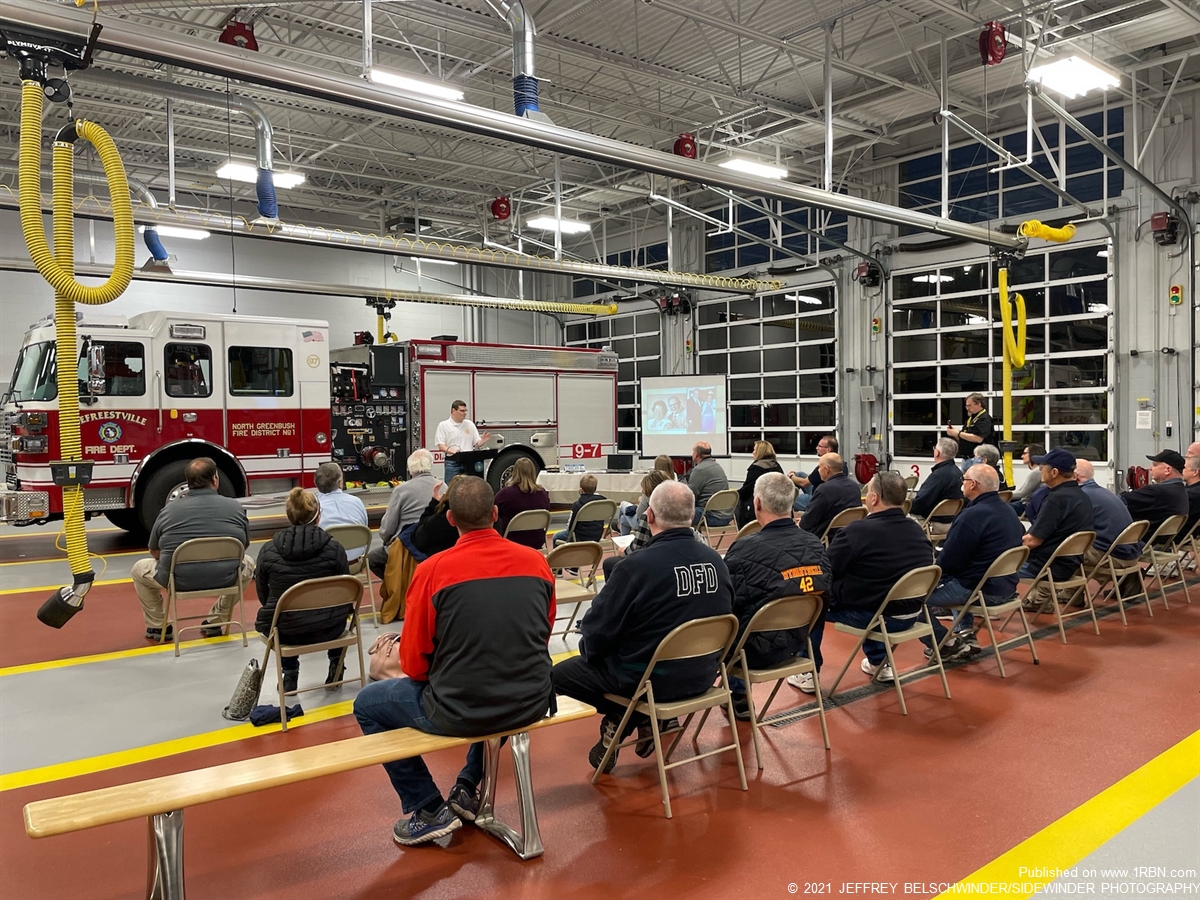 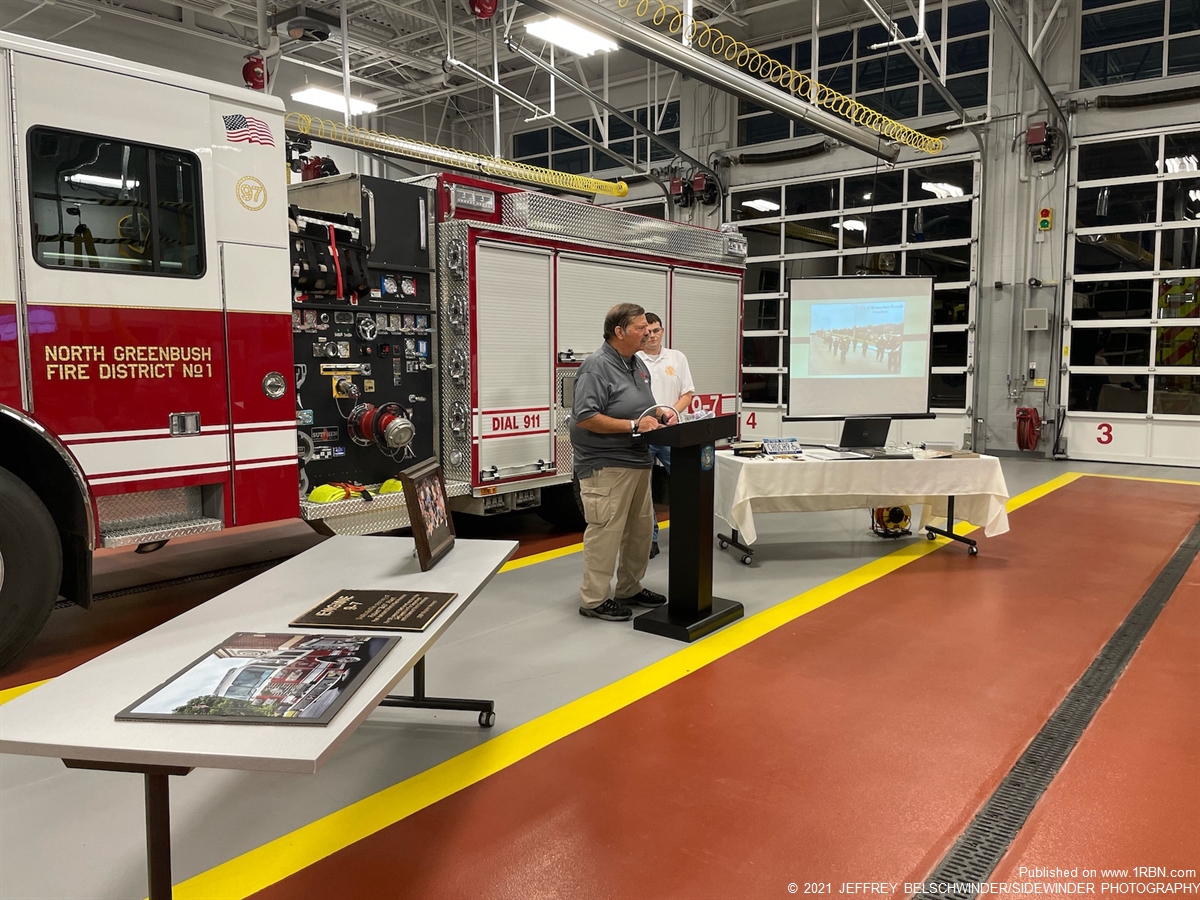 Chief Burkart told the crowd that the creation of this apparatus was a result of many hours of hard work. This apparatus was not just a one-department effort, but a district effort. Members of the Defreestville FD worked with members of the Wynantskill FD for a first-ever joint twin apparatus built and purchased by the North Greenbush Fire District, the first in its history. The new Sutphen Monarch Heavy Duty Pumper replaced the department's 24-year-old engine that had served the residents of the North Greenbush area well for many years.

The fire department started their committee in early 2018 and by the end of 2019, North Greenbush Fire District No.1. was able to work with Vander Molen Fire Apparatus and service of Ballston Lake, New York who currently has fire apparatus with some of the busiest departments in the capital region. The chief talked about the many meetings, long nights, phone calls and emails that had taken place, which led to the apparatus being engineered and designed in mid-2019. After 18 months the new twin pumpers were delivered in June 2021.

In the past, the Defreestville FD always dedicated new apparatus for a group of people such as the ladies auxiliary; the department never had a dedication of an apparatus in the memory of a specific person. The FD members recognized that there are many people throughout their 75 years that deserve to be recognized this way. One specific person came to mind, and that individual was Bob Albert, better known as “Chooch”.

Bob “Chooch” Albert joined the Defreestville FD on February 9, 1950 at the age of 24. He served many roles including president, vice president, secretary, financial secretary, and historian. He also served in various firematic roles including Sergeant, Lieutenant, Captain, and held the rank of Asst. Chief for 12 years. Albert chaired two truck committees, one of which was the old Thebault E-67 which would later be known as 9–7. The Thebault was the first 9–7 in the department's history. Albert also shared both major duties with the chicken barbecues and calendar drives which provided the fire department with the financial support to keep the department lights on and engines fueled and running for many years.

Robert “Chooch” Albert embodied the spirit of a volunteer firefighter and was dedicated to serving his community, always willing to lend a helping hand. Chief William Burkart stated, “The person I remember the most is the man who would greet me walking in the station every monthly meeting. The man sitting at the poker table in the old fire station, playing poker for several hours with his friends. Always with a smile on his face and a handful of jokes printed from the computer. We still to this day don’t know who was slipping him the jokes, as he didn’t like computers. It is my pleasure and privilege that tonight we dedicate our new apparatus in his name with a plaque that will be placed on the side of the new engine in his memory."