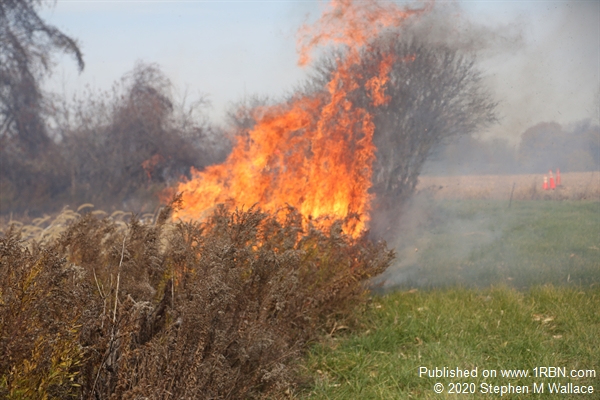 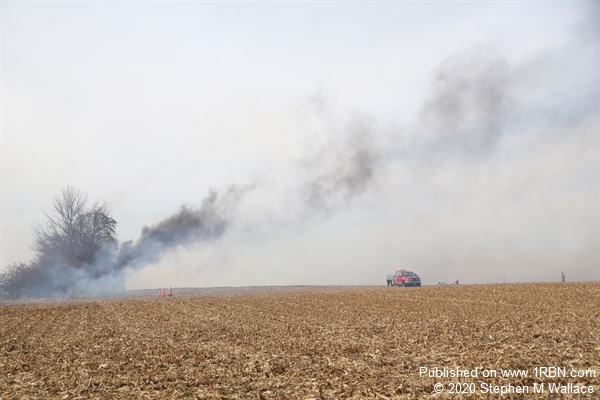 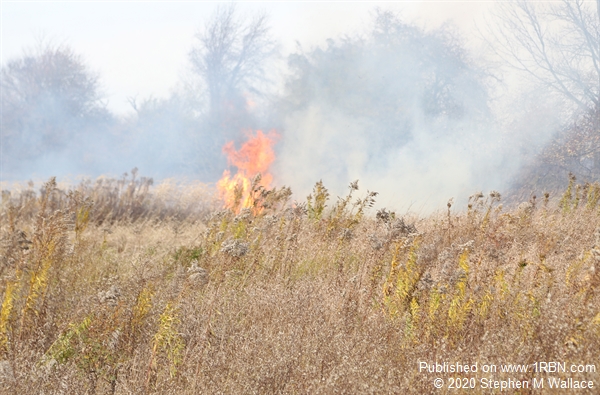 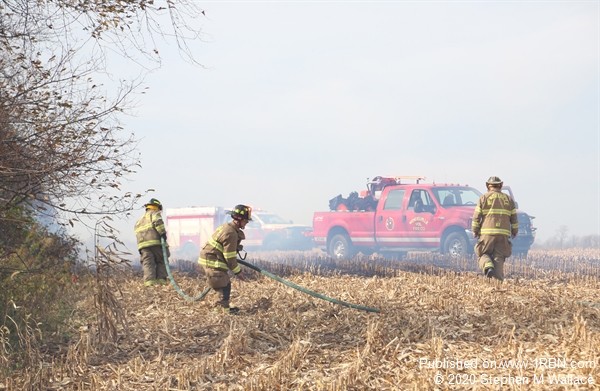 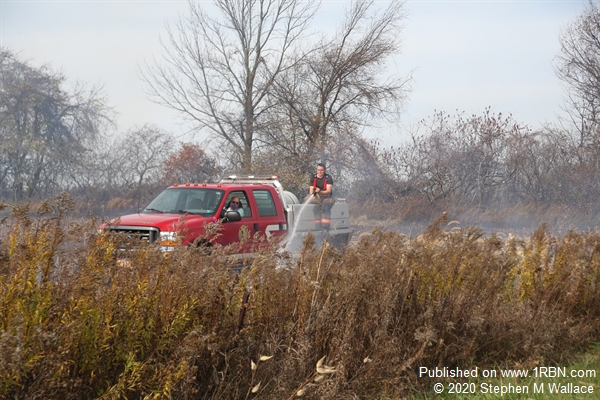 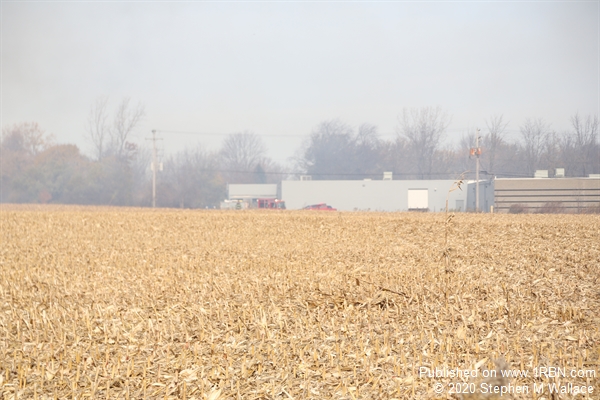 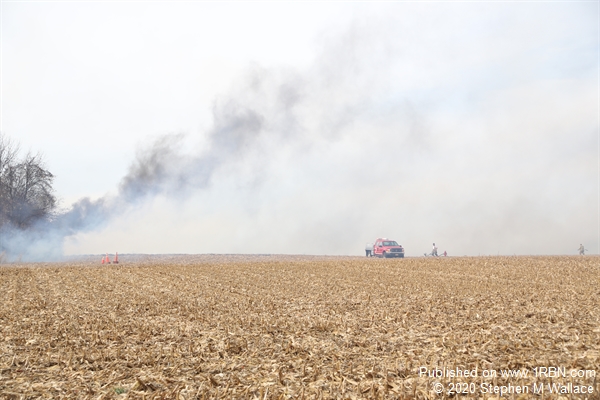 Photo by Stephen M WallaceThe smoke was so thick and blown by the wind, the equipment disappeared from view during the battle 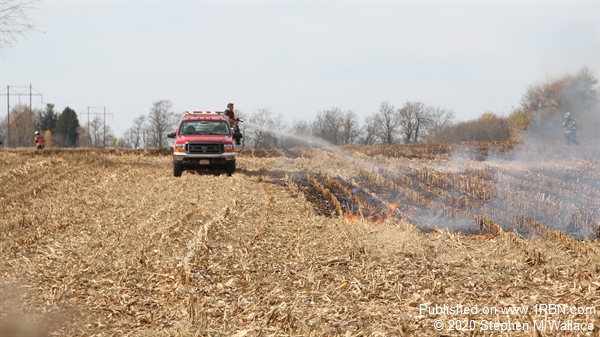 Photo by Stephen M WallaceIt finally came down to finding the small hidden flames and then the fire was out.

Lockport, NY - South Lockport Fire Company responded to the report of a field fire off of Robinson Road on November 5th.

As equipment rolled out of the hall located just a minute down the road, it was obvious that the wind had turned this into an inferno of flames and smoke. Route 78 by the Value Plaza was at zero visibility due to smoke that was being blown to the east over a mile away. The dry grass and freshly combined corn field of over 100-acres was a ripping fire that was heading toward the hedge row. If the flames jumped the hedge row it would hit another patch of fire fuel of dried plowed corn husk. This time it would lead to a full barn and the Value Plaza shopping center.

The call for a multiple mutual aid alarm went out. Off road trucks and equipment from Terry’s Corners, Wendelville, Wolcottsville, Gasport and Rapids all responded. The Town of Lockport, thankfully, had installed a hydrant way out in the corn field. This allowed the trucks to quickly refill and go.

The flames went east and hit the barbwire dividing fence covered in dry grass, which went up like a Roman candle. The saving grace was on the other side; the land owner had made a driving path which was perfectly mowed and maintained green lush short grass that did not catch. The hedge row to the southeast was still green enough to slow the blaze to give the firefighters a chance at holding the line. From the bypass, over 100-acres had been scorched and if they lost the hedge row line it would be a massive inferno, including a barn.

With over 50 plus years of active firefighting, South Lockport fireman Braden Brooks handled the M10 off road truck, swerving in between flames as his co-pilot hit the fire with the on-the-go water tank on the rear. Wolcottsville sent in their specially trained field fire team, with Wes at the wheel of their off road pumper. This crew made quick work of the flames along the hedge row, and the southeast corn field where the flames broke through.

Terry’s Corners used their special equipped water tank ATV to get to hot spots before they got a chance to get ripping. Together, all the firefighters worked the land from foot, trucks and ATVs to stop this inferno. Rapids quickly set up a pumper and a crew by the Value Plaza, so if the fire jumped the line, they had a water wall ready to protect the building.

The wind gust would kick up flames as the trucks went by, but after a few hours the firefighters were able to extinguish the hidden hot spots and douse the fire out. One hundred acres were burned, but thankfully the crop had already combined the area, preventing a loss of income to any farmers. No firefighters were injured and the smoke dissipated from the surrounding areas.