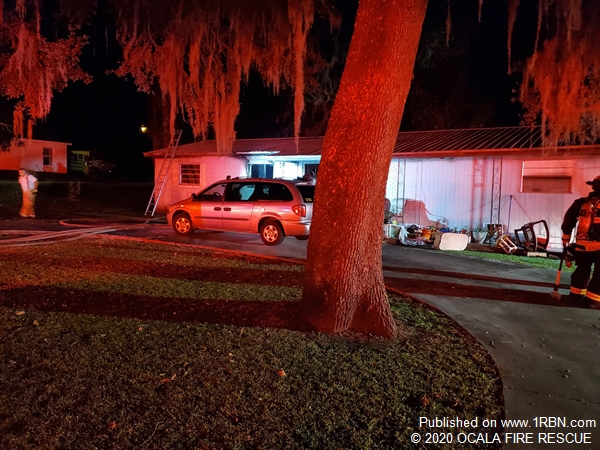 Upon arrival, crews encountered flames showing through a bedroom window. Firefighters were advised that a neighbor helped residents exit the home. The rescue crew assessed the residents while the engine crews initiated the fire attack.

The fire was knocked down by 9:12 p.m. Approximately 50% of the structure suffered fire damage.