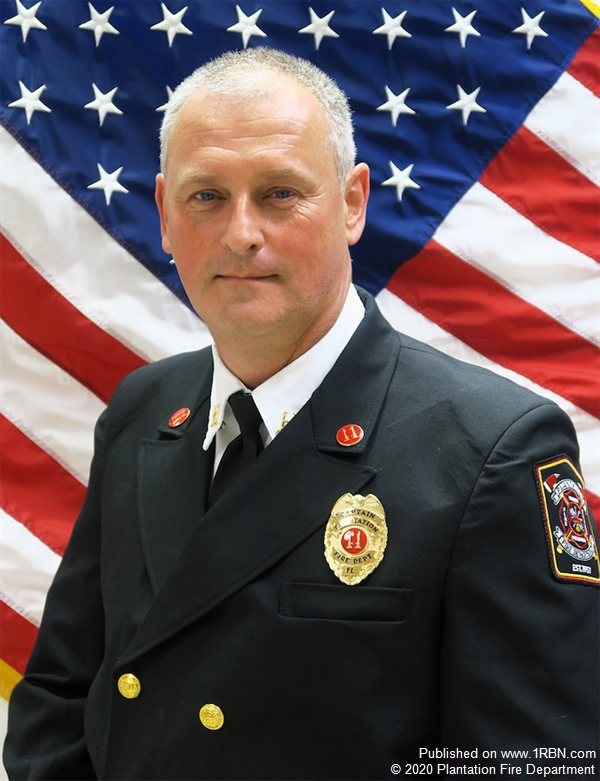 Gaskell joined the Department in October of 2014. Gaskell was promoted to Lieutenant in 2017 and completed his Firefighter II certification in 2018.

“Supervising an entire station, in our Department, is challenging,” explained Todd.” There are many facets to the job, and I believe David is up to the task.”

Gaskell will coordinate and supervise all activities at Station One including operations, staffing, and training.

Gaskell is a resident of Plantation where he lives with his wife Joanne. Their daughter, Lianah, is currently attending the University of Manchester in Great Britain.