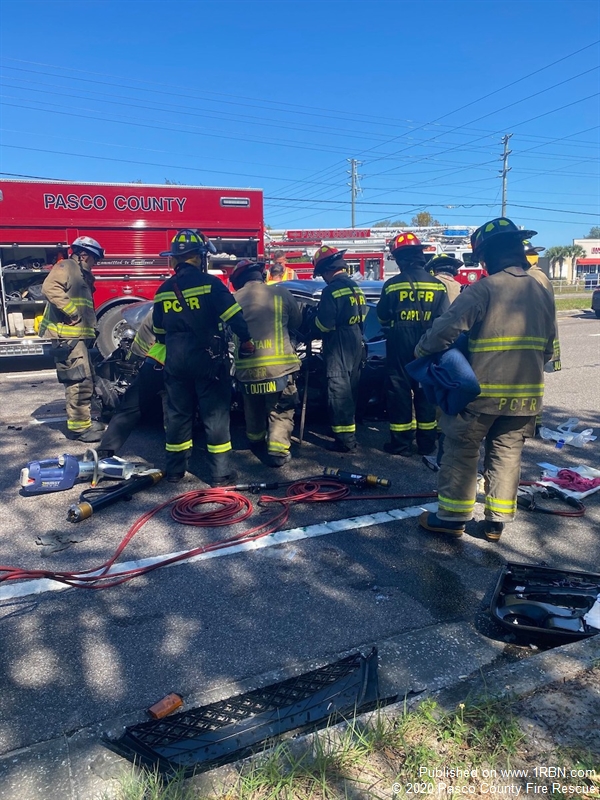 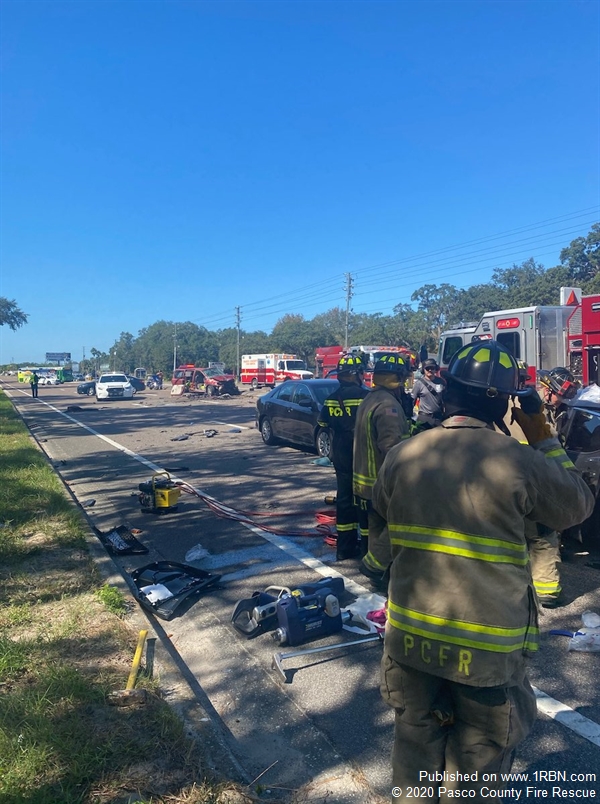 Hudson, FL - On the afternoon of October 31st, Pasco County Fire Rescue received a call for a multiple-vehicle crash at the intersection of State Road 52 and Colony Blvd., in Hudson. When firefighters arrived at the scene, they reported a five-vehicle crash blocking the eastbound lanes of State Road 52. Firefighters secured the scene, started multiple patient extractions, and began the process of evaluating five patients. Command on the scene declared a level 1 mass casualty incident due to the number of injuries. Firefighters advised command of two adult trauma alerts, one pediatric alert, and two advanced life support patients. The pediatric trauma alert was flown by medical helicopter from the scene.