Allamuchy Extricates One from Halloween Rollover 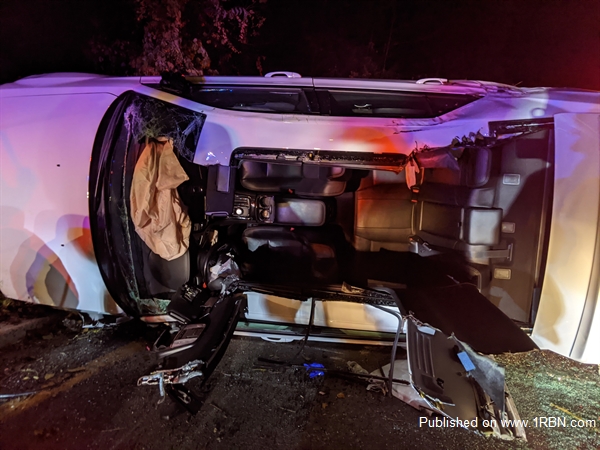 Photo by JAMES BESSEMERQuick access was gained to patient for care and removal. Cutters-Spreaders-Sawsall, also known as the "The Holy Trinity", were used by ATFD.

Allamuchy, NJ - Just before midnight on October 31st, Allamuchy Firefighters were dispatched to an MVA with rollover and possible entrapment on the Rt. 80 west exit ramp for exit 19. Upon arrival of Fire Chief 91-60, a vehicle was found on its side and the driver was confirmed entrapped.

Heavy Rescue 91-75 arrived within minutes. Crews were split into two groups, one for stabilization and one for tool setup and preparation. Firefighters stabilized the vehicle by loading the Paratech Struts with a Come-Along, allowing the "clean" side of the vehicle to be free of obstructions.

Once the vehicle was secure, firefighters utilized the Cutters, Spreaders, and Sawsall to remove the roof, taking advantage of the moon roof. Engine 91-63 arrived shortly after 91-75 and provided additional support with roof removal and patient care.

The patient was removed within 15 minutes and turned over to 95 Rescue for transport. All units were clear by 1:00 A.M.