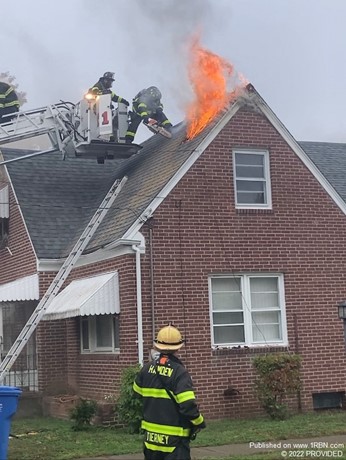 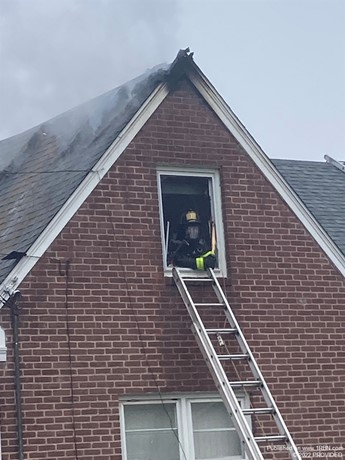 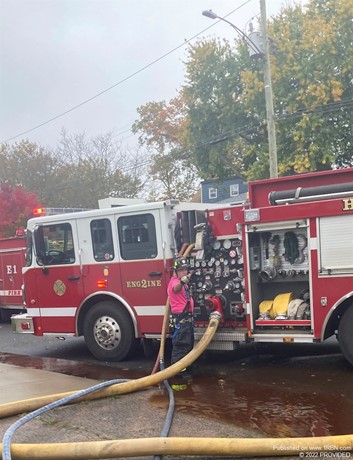 HAMDEN, CT - On the afternoon of October 26th, the Hamden Fire Department responded to a reported structure fire at 163 Shepard Street. A neighbor noticed smoke coming from the eaves of the home and called 911.

First arriving companies reported heavy smoke coming from the roof of the home. Companies stretched two hose lines to the interior of the house while other crews began rooftop ventilation operations. The fire ran along interior walls and into the attic space.

The main body of the fire was extinguished in approximately 30 minutes. Crews remained on scene performing overhaul and checking for any hot spots.

The homeowner was not home at the time of the fire, and there were no reported injuries. One resident was displaced. The American Red Cross was on scene offering assistance to the resident. The Hamden Fire Marshal’s Office is investigating the cause of the fire.