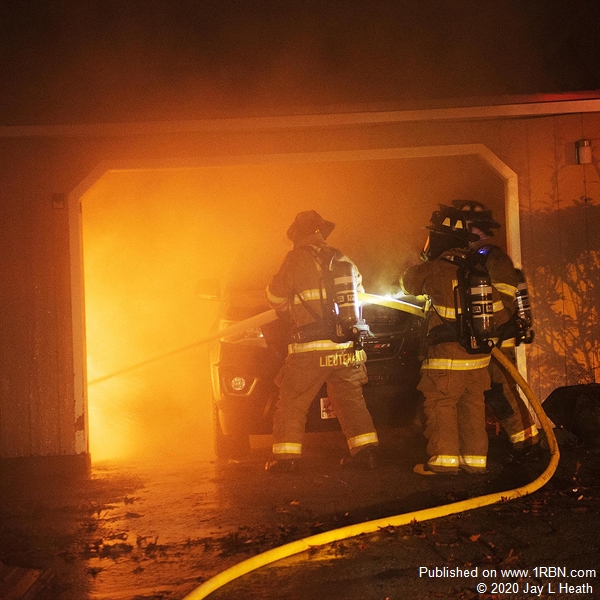 Photo by Jay L Heath Webster firefighters attack the fire in the corner of the garage. 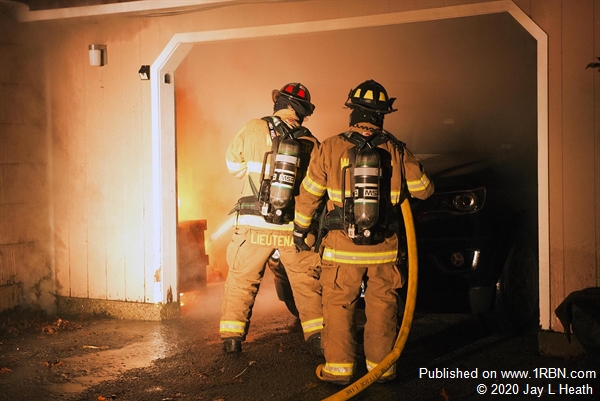 Photo by Jay L Heath Firefighters work on knocking down the burning liquid in the garage as it spread under the crawl space. 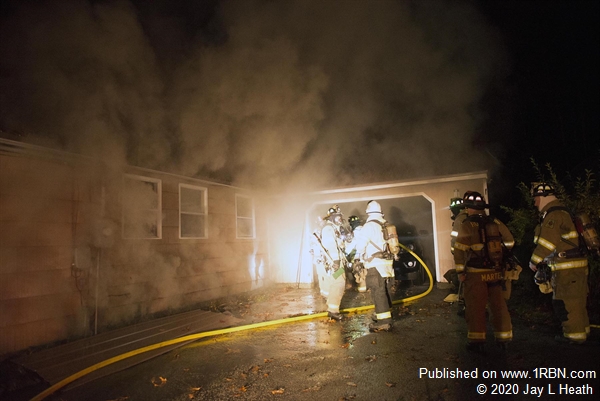 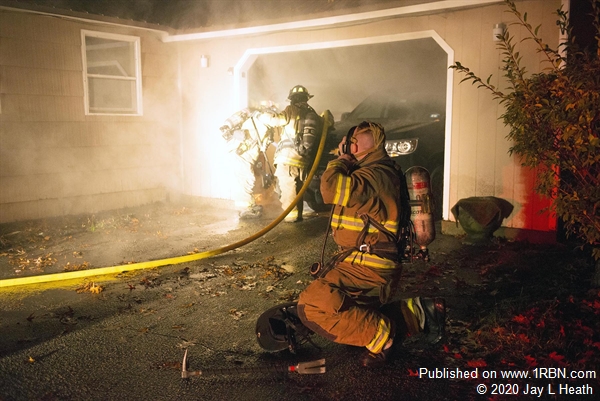 Photo by Jay L Heath A Concord firefighter masks up to make a search in the home. 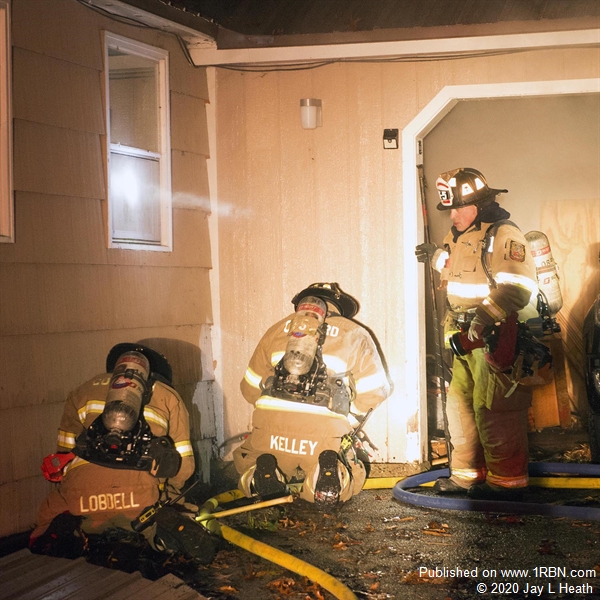 Photo by Jay L Heath Concord firefighters from Engine 5 and Rescue 5 opened up the outside walls checking for extension of fire.

Webster, NH - Webster firefighters, along with six other departments, battled an early morning garage fire on October 30th. Concord Fire Alarm dispatched the call at 1:39 A.M. for a fire in the carport at 439 Deer Meadow Road, with automatic mutual aid from Concord, Boscawen, Warner and Salisbury. A flammable liquid caused the fire in the corner of the garage, with some extension into the house. Concord Fire Chief Guy Newbery said the fire was made difficult because a container of flammable liquid melted, allowing four to five gallons to spill onto the floor and ignite. The flammable liquid, which Newbury said might have been diesel fuel, spread while burning, seeking the lowest point it could find, just like water, and seeped under the home, which was propped up off the ground and had no basement. The fire was knocked down by 2:33 A.M., and no injuries were reported. The homeowners escaped with their cats, and a pair of pet birds was taken out by firefighters.