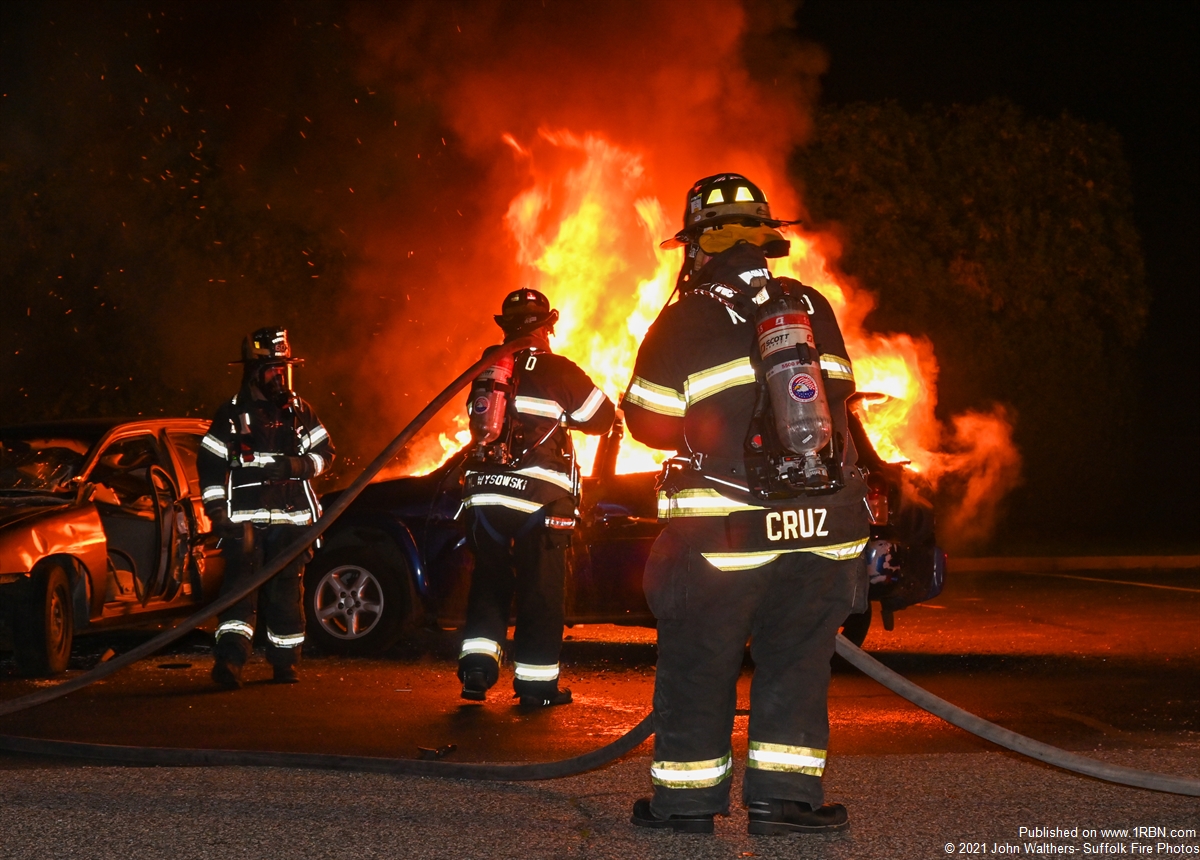 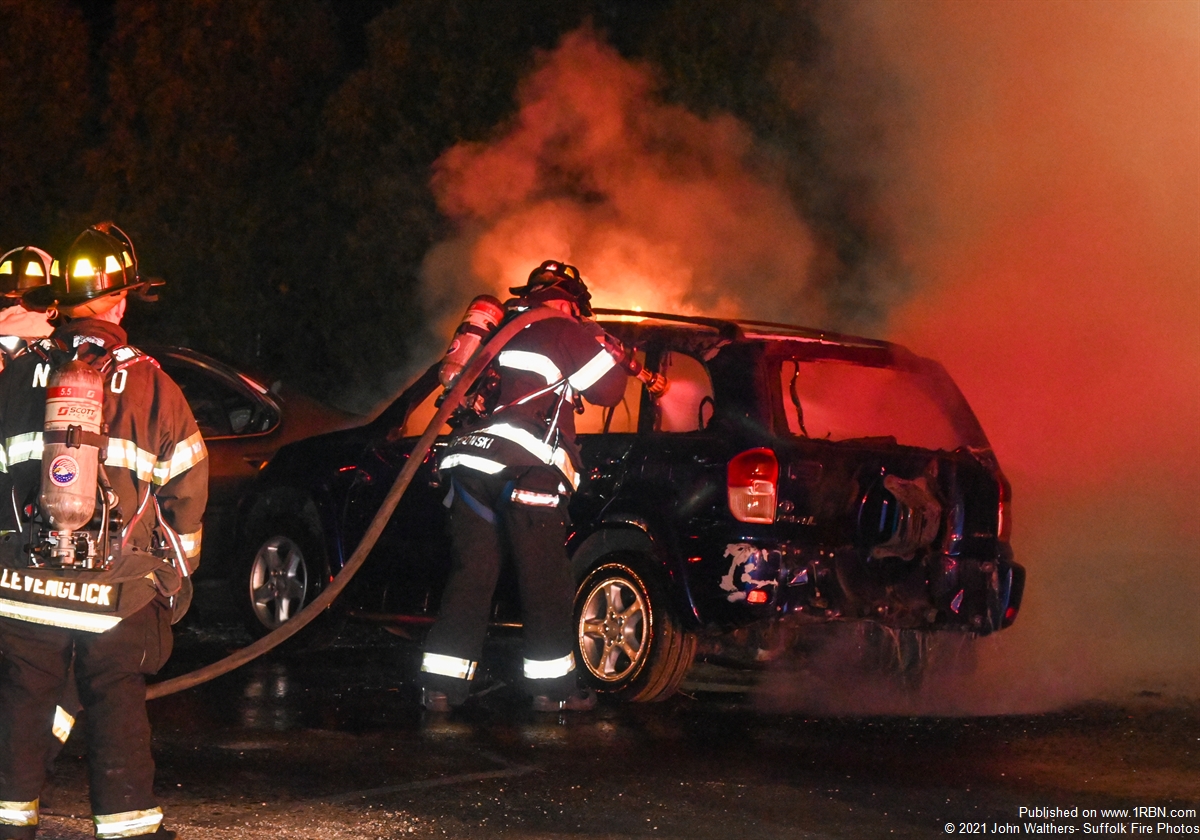 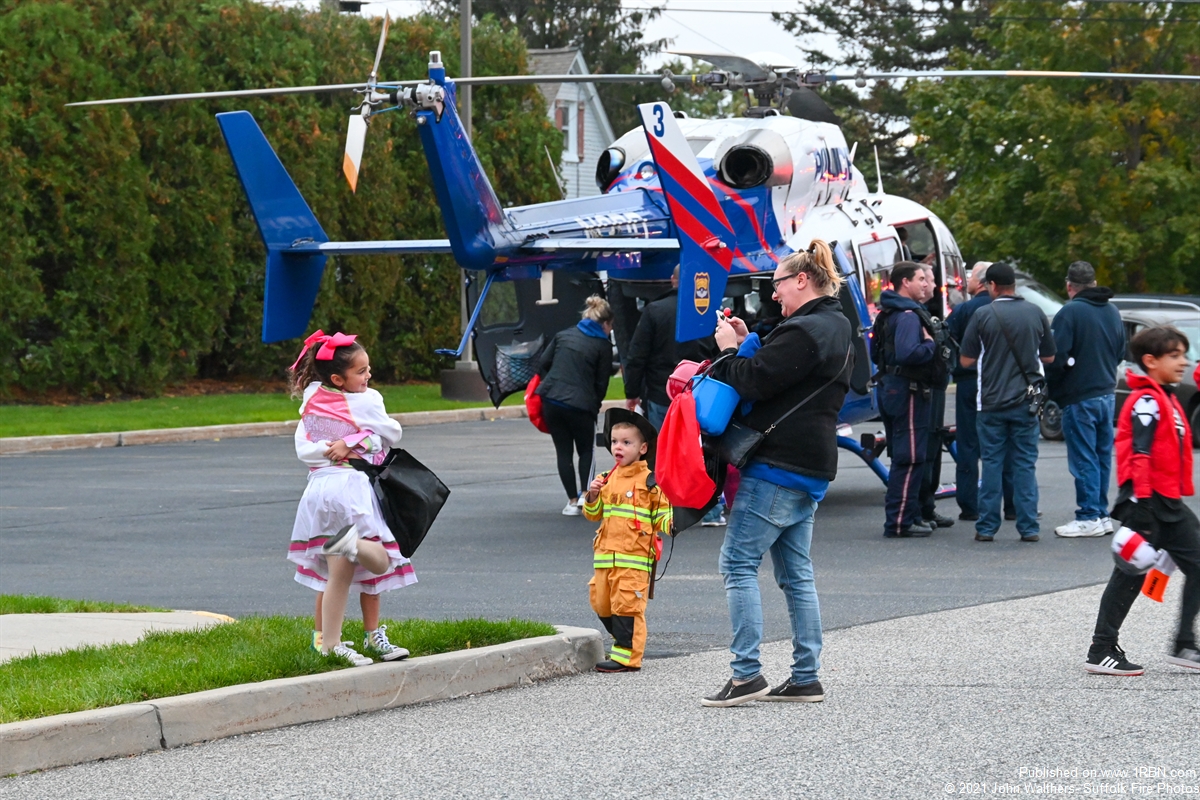 Photo by John Walthers- Suffolk Fire PhotosKids dressed in Costume came out to North Patchogue FD on the Friday before Halloween for trick or treat fire prevention. 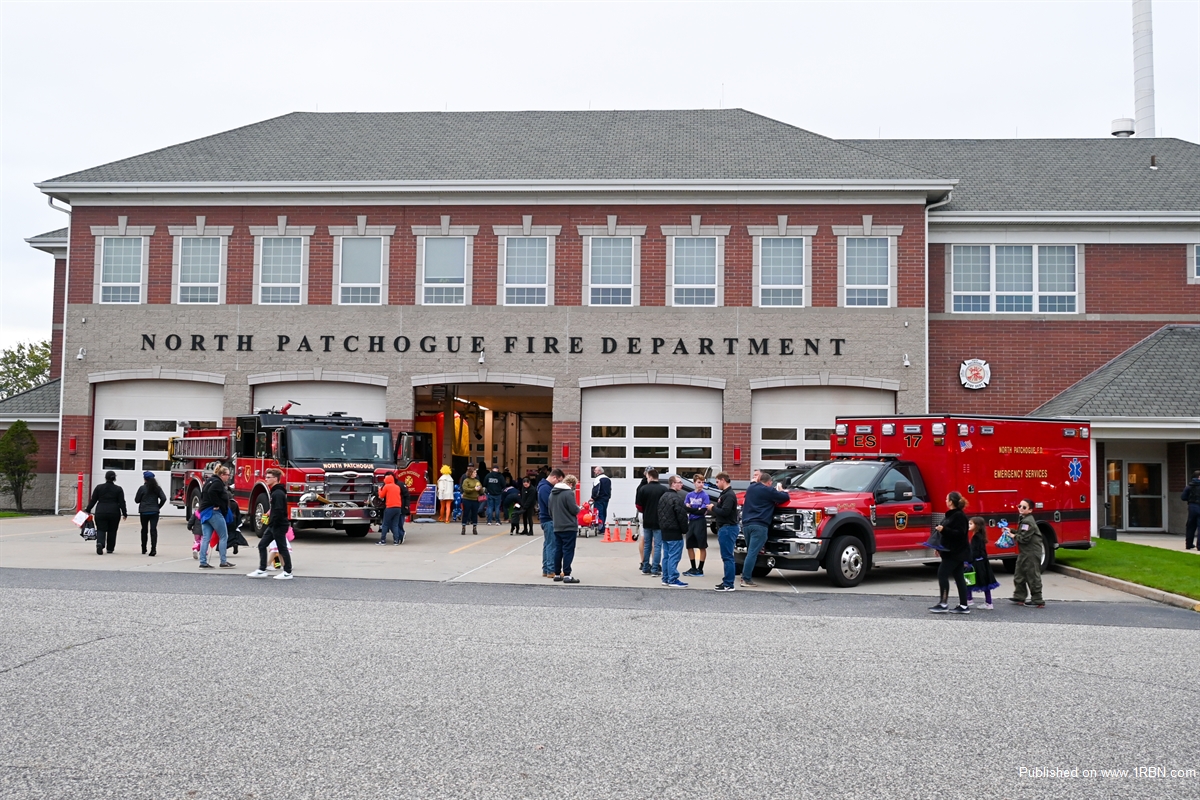 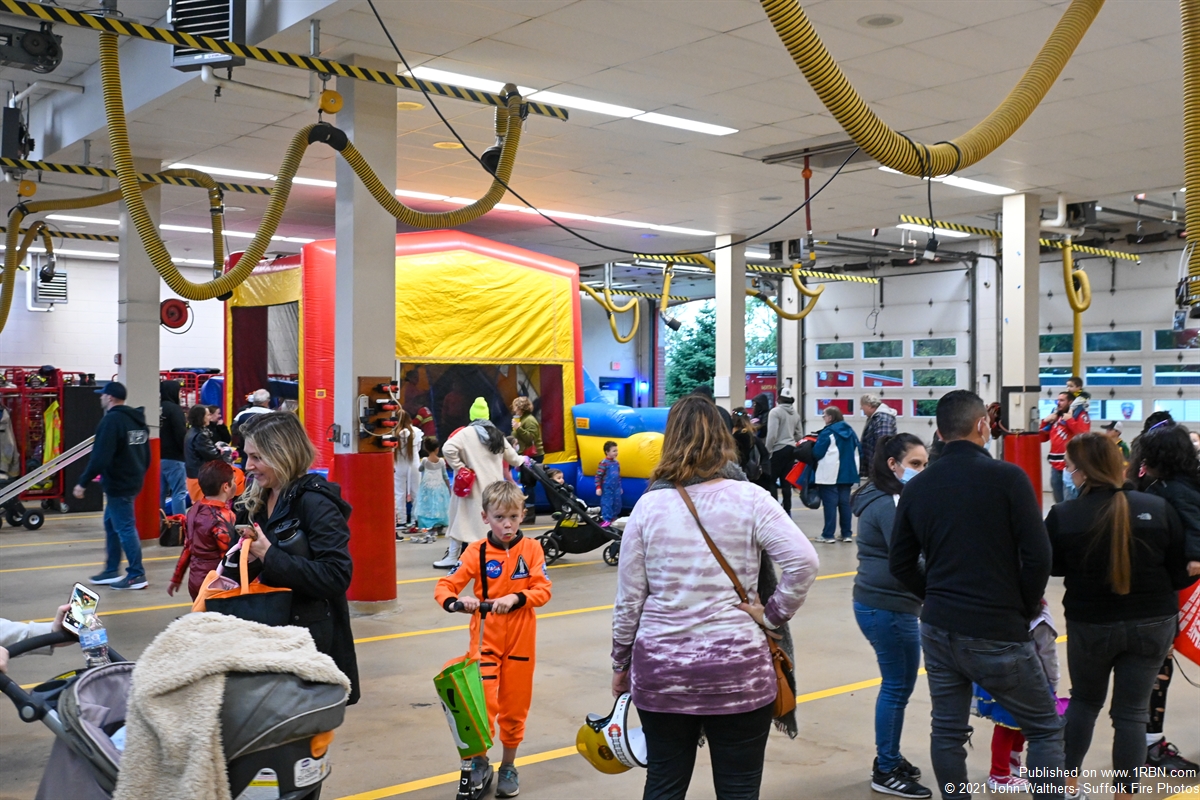 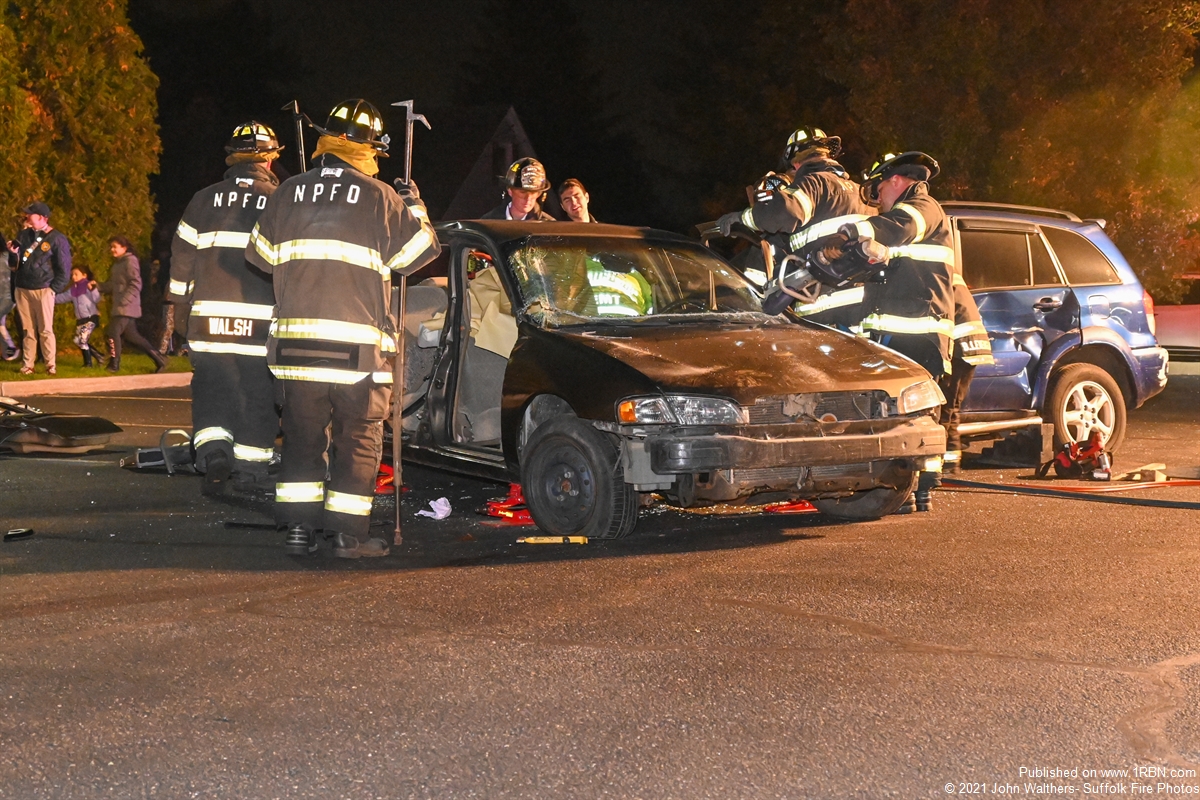 North Patchogue N.Y.- On Friday October 29th the North Patchogue Fire Department held its first ever Trick or Treat fire prevention open house. The department invited the community down to for a night of learning fire prevention as well as some Halloween goodness. Kids dressed up in costumes and were able to trick or treat in a safe location at the firehouse. Also it was a great chance for the community to see what Firefighters, EMTS and even the Suffolk Police aviation section do.

The night included demonstrations from SCPD Aviation who brought a helicopter to the departments parking lot and landed it so that the kids and their families could explore the helicopter and learn about the equipment the police officers, Pilots and flight medics may need to use in the helicopter which is used not just for searching for criminals but also emergency medical medevacs. After the Helicopter took off it conducted a brief fly over of the station before leaving to head back to base.

Once the helicopter took off the firefighters and EMT’s from North Patchogue FD were able to conduct a vehicle extrication demonstration where they simulated a car accident with person trapped inside of it. Firefighters brought out the heavy rescue truck with its hurst tools and went to work spreading and cutting the doors off and the roof off to get the “victim” out and they were then turned over to EMS. Once the vehicle extrication was completed a different car was set on fire to show how firefighters operate handling that. The engine crew quickly stretched the line and went to work making a quick but efficient attack to put out the fire. After the demonstrations were over the night finished with the folks who were left continuing to check out the apparatus and go one ladder rides in one of the departments ladder trucks. A great time was had by those who attended this event.