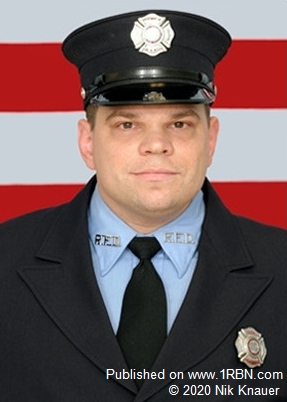 It is with great sadness and regret we report the passing of Reading Firefighter James "Corky" Lerch Jr. Jim lost his battle with cancer only after a few short months surrounded by his family and friends. Jim served as a volunteer firefighter with the Neversink Fire Company in Reading for several years before being hired in June of 2001. After completing fire training he was assigned to the D platoon as a jumper. In February of 2002, FF Lerch was assigned to Engine 5. Jim would move to the A platoon in May 2010, when he took an assignment on Engine 1. In December of 2015, Jim transferred to the B platoon on Engine 3. In 2018, after working a few years on the B platoon, Lerch switched to the C platoon on the engine. Jim's career service spanned 19 years.