Barn Destroyed by Fire in Colchester 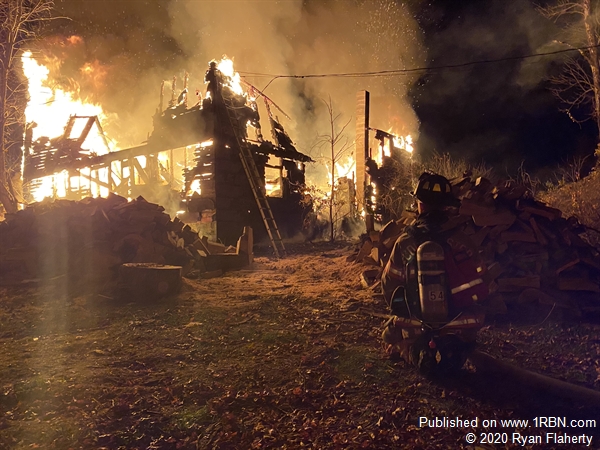 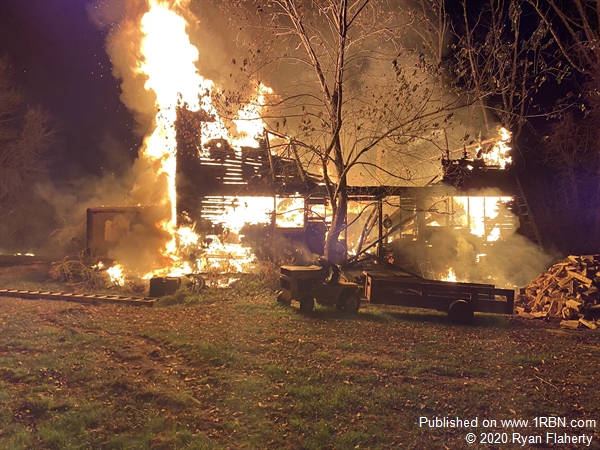 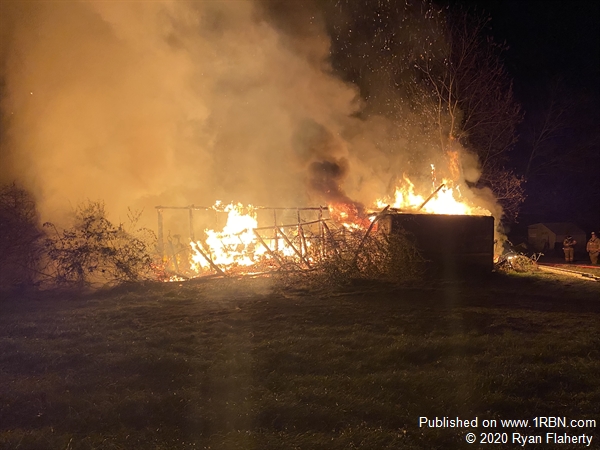 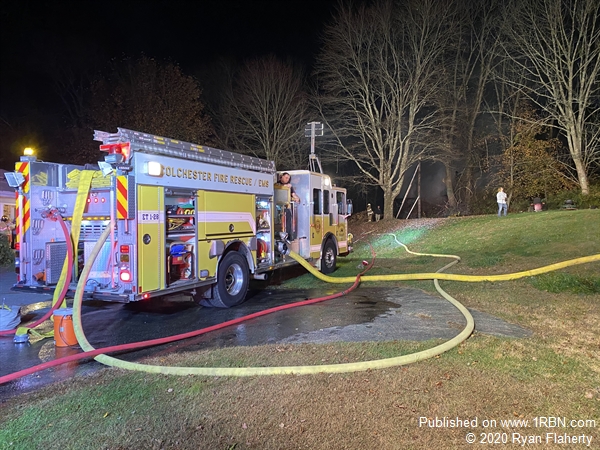 Photo by Ryan FlahertyET-128 was pumped by FF Swan. 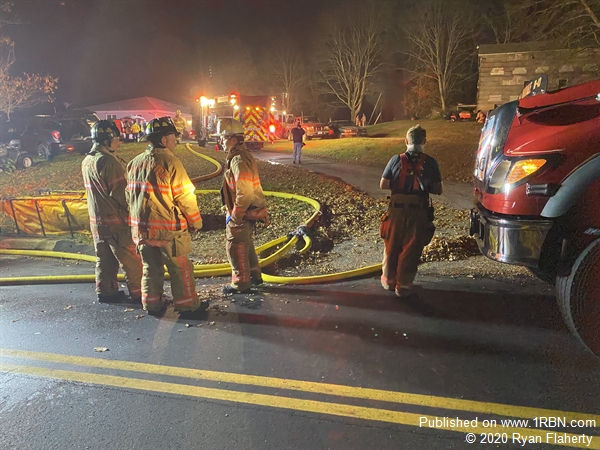 Photo by Ryan FlahertyTankers pumped their water through 3 inch lines into a triamese to feed the 5 inch supply line up the driveway.

Colchester, CT - At 11:14 P.M. on Tuesday, October 27th, the Colchester Fire Department with the Yantic FAST was dispatched to 178 Chestnut Hill Road for a barn fire near a house.

Deputy Chief Lee transmitted the second-alarm while responding, as he could see the glow and header in the sky. This added Hebron Engine 210, Tanker 110, Bozrah Engine 126, Tanker 126, Gardner Lake Tanker 127, and Oakdale Tanker 43 with Marlborough Tanker 117.

Car 128 arrived at 11:21 P.M., reporting a fully involved 150’x75’ two-story barn with a partial collapse. Engine 128 arrived at 11:23 P.M. and stretched a portable deck gun, a two-and-a-half inch line and a one-and-three-quarter inch line to protect the exposures and begin darkening down the large volume of fire.

Engine 128 ran out of water and had to wait until their tanker arrived to continue suppression efforts. Tankers tied into a triamese at the bottom of the driveway which fed the incident. Crews stayed on scene throughout the night wetting down hot spots.

A Marlborough Engine covered headquarters and an East Hampton Engine covered Westchester. There were no injuries and the Colchester Fire Marshal’s Office is investigating.