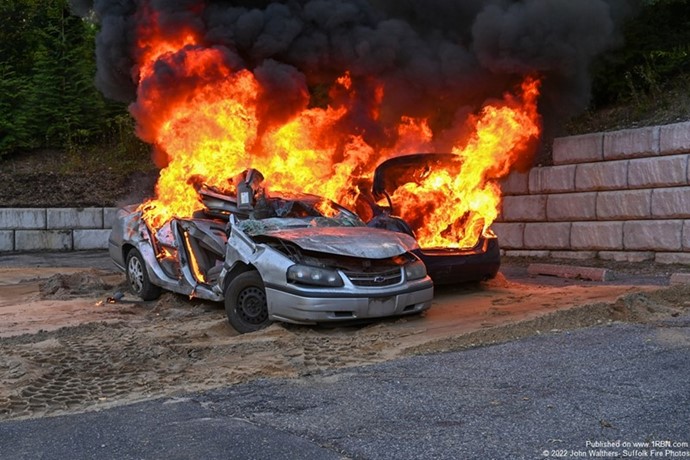 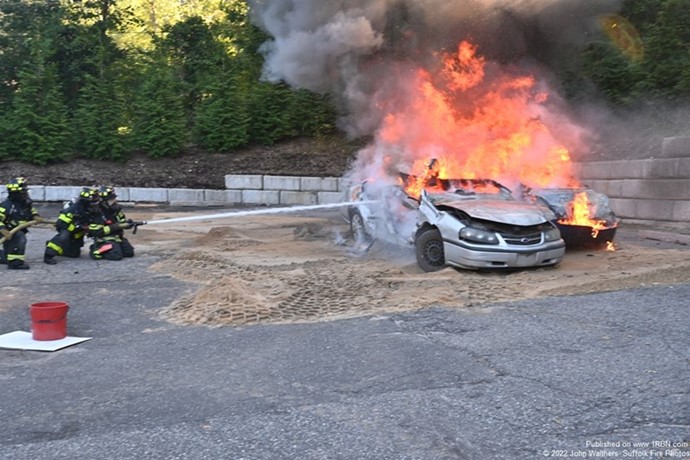 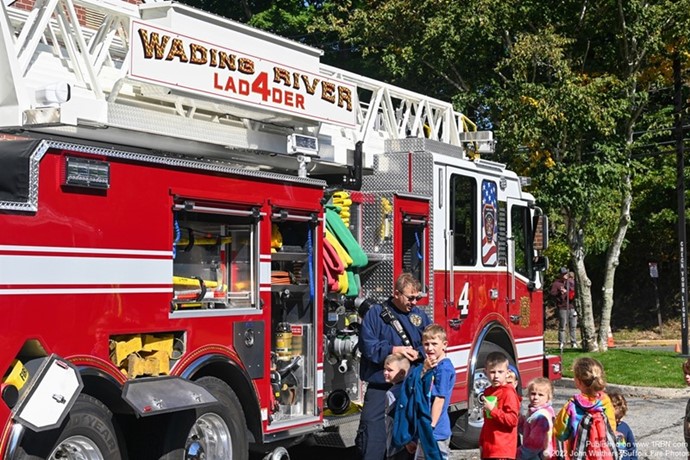 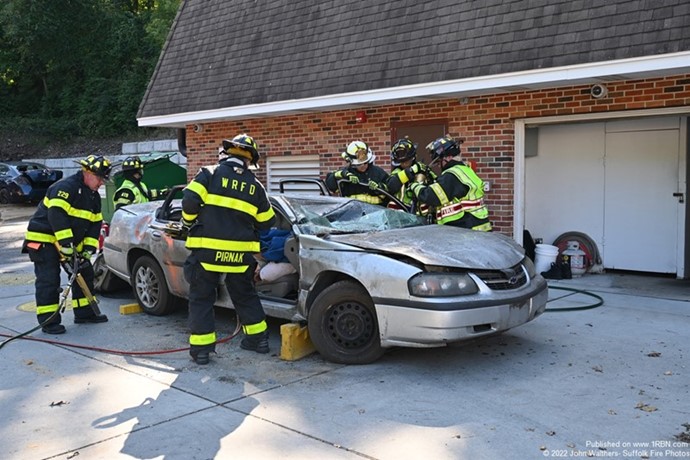 Wading River N.Y.- On October 9, 2022, the Wading River Fire Department held its annual Fire Prevention Open House at the department’s headquarters on North Country Rd. Community members were invited to come to the fire house and see the fire equipment and talk to members as well as see some of what they do.

The kids were not only allowed to see the fire house and fire trucks but were also anle to ride on a fire truck which was very popular. Firefighters and even the department’s chiefs taled to the kids that came by about the equipment on the fire trucks and how each-piece helps the firefighters do their job. They even did some demonstrations of real life scenarios.
The first demonstration that was done was a vehicle extrication. This was done to simulate what the firefighters and rescue personnel would need to do in a vehicle crash with a person trapped in the car. The crew from Rescue 6-3-10 under the command of 2nd Deputy Chief Mark Donnelly pulled up to a simulated crash with 1patient trapped.They had to pull the Hydraulic tools (spreaders ‘ cutters..etc) and work on getting the person out of the car quickly but without causing any further injuries to the patient. Once the entry was made into the car the rescue crew went to work removing the mannequin which simulated a patient and they were taken away. Simulating a successful rescue.

The 2nd demonstration consisted of live fire of a double vehicle fire. Like the car extrication the crew responded in from down the road to try to make it as realistic as possible but this time with an engine. Once on scene the crew went through motions like they would on an actual scene like putting their air packs on and pulling hoses. While the crew went through all their steps Deputy Chief Donnelly gave descriptive narration to the crowd of people watching. The crew consisting of about 5 members put 1 hose line into operation and was able to quickly suppress the bulk of the fire. They then had to use other tools as well as additional water to make sure the fire was completely out. Overall these demonstrations as well as the other events were a great learning experience for the children and adults of the local community